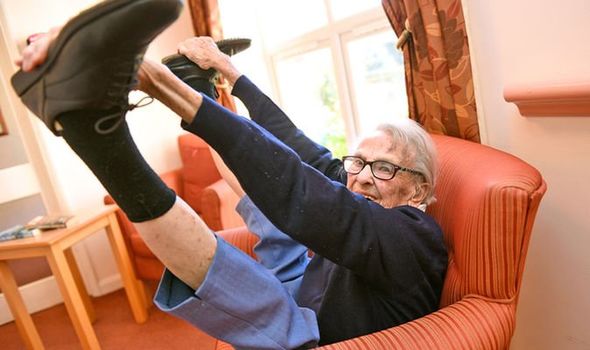 Age is no barrier to fitness for Marion, who at 100 can still pin her legs behind her head. At the Down Hall Residential Home in Bradwell-on-Sea, Essex, she runs keep fit classes that would amaze people half her age.

“I love the joy of movement and seeing people improve,” she says. “My motto has always been, if you don’t use it, you’ll lose it.”

Even though she was gymnast from the age of 18, she has kept remarkably fit throughout her life.

During classes Marion encourages gentle exercises and controlled breathing, allowing other residents to go at their own pace. 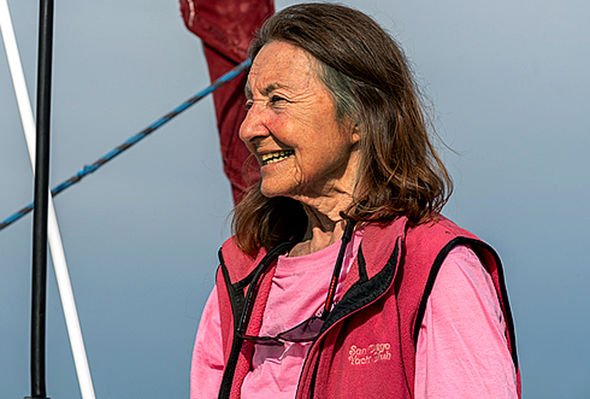 The widow and grandmother from Lymington, Hampshire, sailed solo around the world in a record 320 days.

Former maths teacher Jeanne, 77, set off in the 38ft-long yacht Nereida fromVictoria in Canada in October last year after selling the family home to take up the challenge.

“I’m the oldest by a long shot,” she’s said of her record. “Who else would be crazy enough to do it. “Tony Moulds It’s reckoned the milkman has delivered a whopping one million pints of milk in the 70 years he has been on his float.

While most people are asleep 85-year-old father-of-four Tony (right) starts his round in his village of Holcot, Northants, before dawn. 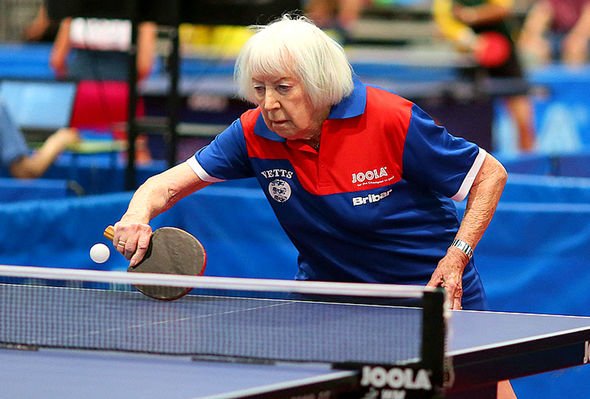 The 85-year-old from Meopham, Kent, was due to travel to Las Vegas in the summer to defend her world veteran table tennis title. Stopped from attending the over-85s tournament because of the coronavirus pandemic, Pam is nevertheless dedicated to her sport.

When she received her MBE from Prince Charles, he joked that he wouldn’t fancy his chances against Pam in a match.

She’s won 14 gold medals in veterans’ singles and doubles competitions over the past 20 years.

“Playing table tennis has kept me young at heart and I always tell people to never think they’re too old. I think it helps to keep you moving and keep your brain going.” 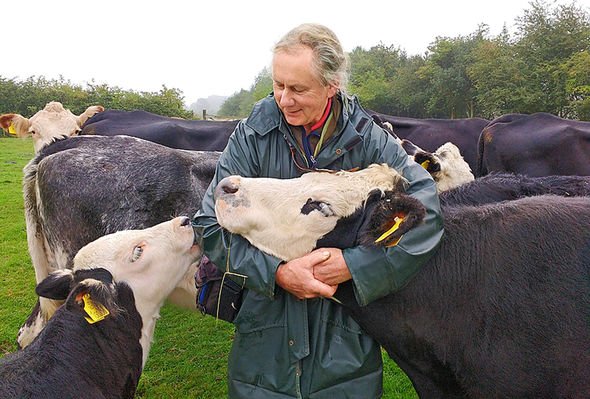 The former cattle farmer could no longer bear to see the animals he reared sent for slaughter and became a vegan campaigner.

Following the death of his father in 2011, Jay 59, took over Bradley Nook Farm in Ashbourne, Derbyshire.

With the help of theVegan Society he donated 59 of his cows to an animal sanctuary in Norfolk and is now planning to grow vegetables in polytunnels. 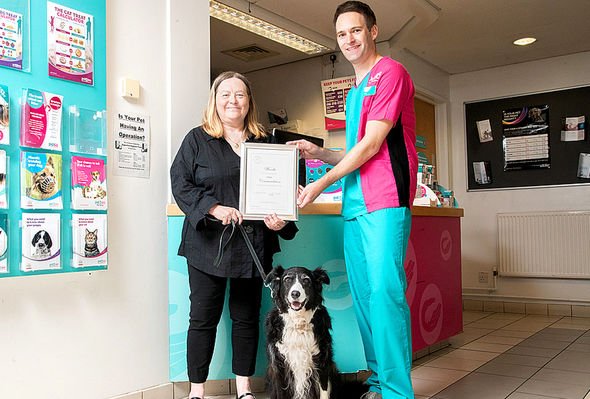 Along with her 13-year-old border collie Woodie, Nita has bagged more than 7,500 sacks of litter near her home in Thringstone, Leicestershire, over the past nine years.

“We will go out whatever the weather, even on Christmas Day,” says Nita, 67. “We are both passionate about keeping our village tidy and between us we pick up more than 70 bags of rubbish a month.”

She also gives talks to schoolchildren about caring for the environment and plants flowers. Rescue dog Woodie has been honoured by the veterinary charity the PDSA (pictured right receiving his award) for his skills in finding beer cans, coffee cups and sweet wrappers. 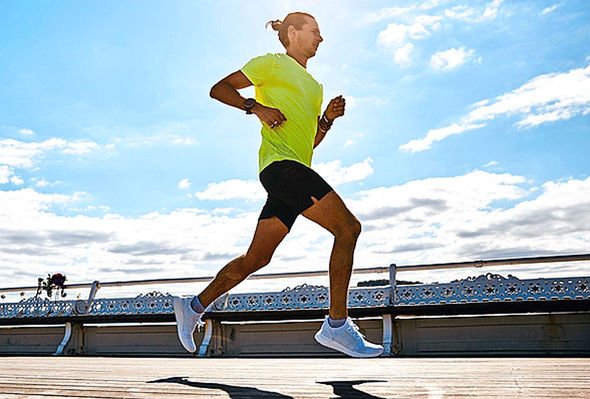 The former banker, 30, from Verwood, Dorset, has become the first person to run a marathon in every country in the world.

Nick’s 22-month challenge has taken in 196 marathons and he is well on his way to raising £250,000 for the charity Prostate Cancer UK.

During the trips he was bitten by leeches in Nepal and suffered food poisoning nine times. He was inspired by a runner friend diagnosed with the disease in 2014. 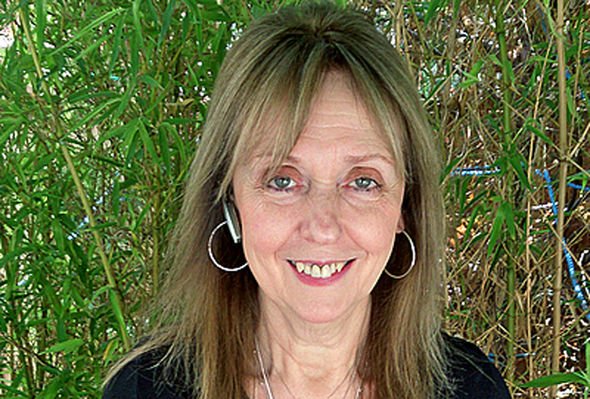 Since 2004, the 56-year-old from Enfield, north London, has been rehoming abandoned and mistreated dogs.

The not-forprofit Doris Banham Dog Rescue centre is named after Trudie’s mother, an animal lover who said all creatures should be well treated.

With four kennels across Lincolnshire, Nottinghamshire and Cheshire, volunteers have rescued 15,000 dogs. 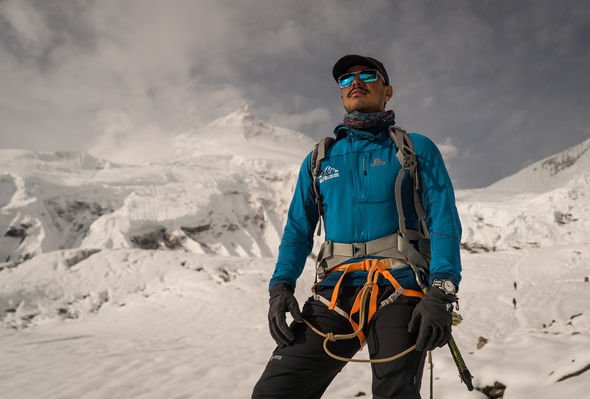 A Former Special Forces soldier Nirmal, 36, has climbed the 14 highest mountains in the world in just over six months.

The cold weather warfare specialist from Eastleigh, Hampshire, was the first Gurkha to climb Everest while serving in the military and took on the challenge of giving recognition to Nepalese Sherpas and raise awareness of climate change and global warming.

He achieved six world records, including the fastest climb to the summits of Everest, Lhotse and Makalu.

“I am who I am because of the experiences I’ve had. Being ex-Special Forces certainly played a part in the project with decision-making and operating in an intense environment. I felt like I had inspired the world by showing what is humanly possible.” 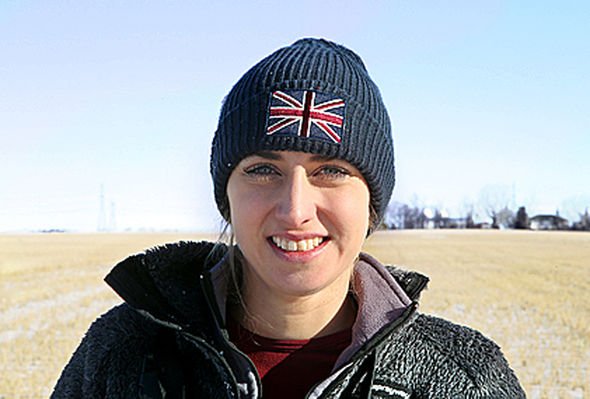 The daughter of polar explorer Sir David Hempleman-Adams soared into the record books when she became the first woman to fly a hot air balloon 15,100 feet last February in Calgary, Canada, creating a new world record.

Fashion consultant Alicia (left), 30, from Bath, endured temperatures of minus 30 degrees while flying the AX4 balloon for almost two hours.

Alicia says: “It was pretty frightening up there. I’ve never felt so cold and at that height you feel very alone and a bit helpless. I love ballooning and have done a few flights a year since I got my licence eight years ago, but it’s not like I can pop up to Hyde Park and stick a balloon up.

“So to break the world and British records is unbelievable for a novice like me. I never thought I’d be a world record holder.” 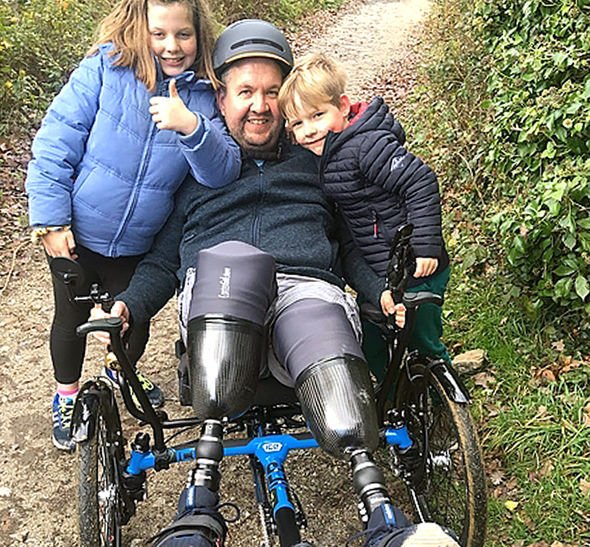 The vascular surgeon had carried out many leg amputations on patients but never thought he would lose his own. While camping in woodland with daughter Evie, 10, and son Harry, six, in April last year he developed a stomach bug that turned into sepsis.

At first his toes were removed but then amputations below the knees were needed. Since then Neil, 43, from Truro, Cornwall, has focused his energies on improving care for amputees like himself.

“You have an idea of what it’s like to have an amputation but until you’ve actually had it done, it’s completely different,” says Neil. “I know what frightens patients before they have their surgery now so I can sit down and chat with them. It was horrendous being at home.

“I didn’t realise that amputee care isn’t that brilliant in Britain. I’ve started on a mission to try to improve it.” 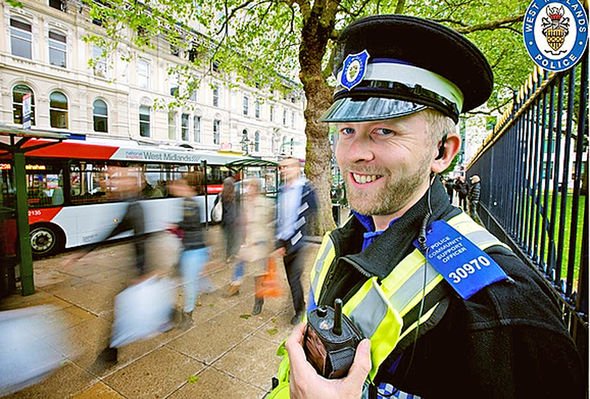 The police officer, from Redditch, Worcestershire, is a super-recogniser – a rare and valuable ability that has helped him identify more than 2,000 suspects just by remembering their faces.

Andy, 42, who serves with the West Midlands force, recognised 17 suspects in one day.

“I enjoy looking at faces and stills from the everyday briefing and 9 out of 10 times it sticks. Despite my memory skills, I can only remember names when I’m in work, and I am useless at remembering anniversaries and birthdays.” 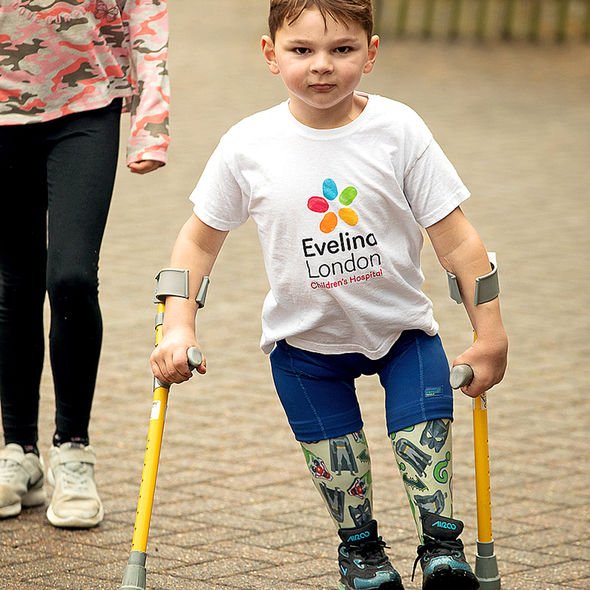 The five-year-old (right) has raised more than £1million for charity by challenging himself to walk 10 kilometres during June with his prosthetic legs.

Because of abuse suffered at the hands of his birth parents, both his legs were amputated in 2017. He now has a loving home with his adoptive parents Paula and Mark.

In appreciation of the help from doctors and nurses,Tony wanted to raise money for Evelina London Children’s Hospital, where he was treated. Initially he hoped to raise £100 but then the Duke and Duchess of Cambridge got behind him and said they were “so proud of the incredible courage and determination” he had shown.

And in a video message Sir Tom Moore, 100, who had inspired Tony, said: “Well doneTony.You have done well.” 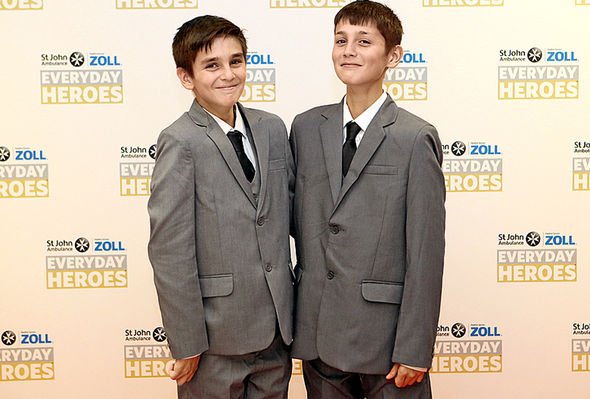 The Army Cadet  drew on first aid training he’d learnt when his younger brother Connor Osborne had an accident in a park near their home in Leeds,West Yorkshire.

A handlebar on Connor’s bike severed a femoral vein in his thigh, causing chronic blood loss. Jack, 14, used his shirt to stem the blood flow and kept cool when talking to the emergency services.

“The doctors said if Jack hadn’t stemmed the bleeding he would have died,” said mum Emma Osbourne, 36. 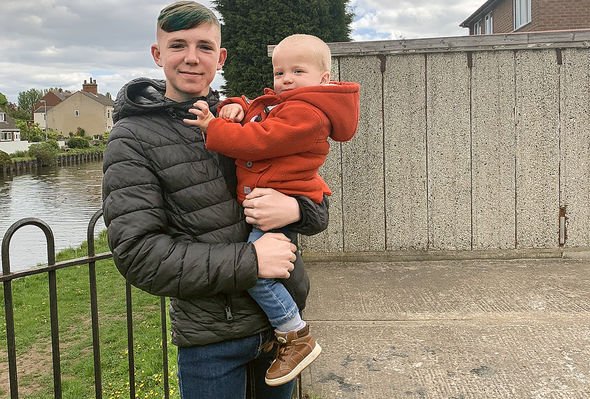 The 15-year-old schoolboy dived into a canal near his home in Knottingley, West Yorkshire, to save toddler Reggie Johnson from drowning.

Just 15 months old, Reggie had wandered off without his parents realising. Ryley was out with his pet lurchers, Scooby and Billy, and a friend when he spotted a young child dangling his legs in the water.

Ryley said: “There was no splashing or thrashing about but I could see him sinking. I didn’t have time to hesitate. I just took off my coat and shoes, dived in and swam across to get him. If we hadn’t been there, no one would have seen him. If I didn’t swim across, then he would have drowned.” 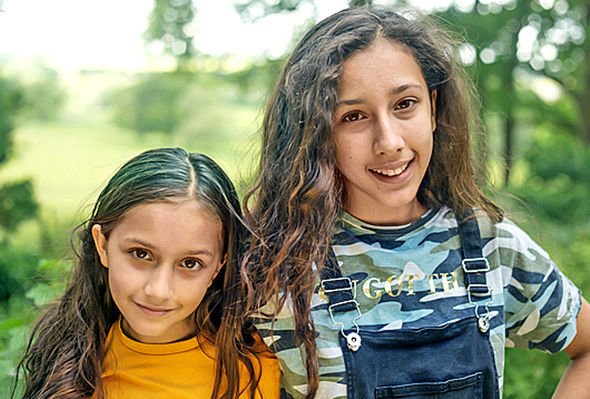 The sisters, aged 12 and 10, from Leighton Buzzard, Bedfordshire, started a petition to persuade food giants Kellogg’s to improve their policy on using palm oil. They were spurred into action after watching a Channel 4 documentary called Orangutan Jungle School.

They obtained 834,000 signatures on a petition asking Kellogg’s to stop using unsustainable palm oil in their cereals.

Kellogg’s bosses were so impressed they invited them for a chat at their London HQ where the girls successfully persuaded them to change their policy and switch to 100 per cent sustainable palm oil by 2025.

Asha said: “We decided that we needed to make a change before innocent mammals are lost forever. The attention that people have given us for our work has been so uplifting and we will continue to petition to protect our earth and the people in it.”