STEVE MCMANAMAN hammered Richarlison for his horror lunge on Thiago during the Merseyside derby.

The Brazilian was sent off during Saturday's game after the 89th-minute incident. 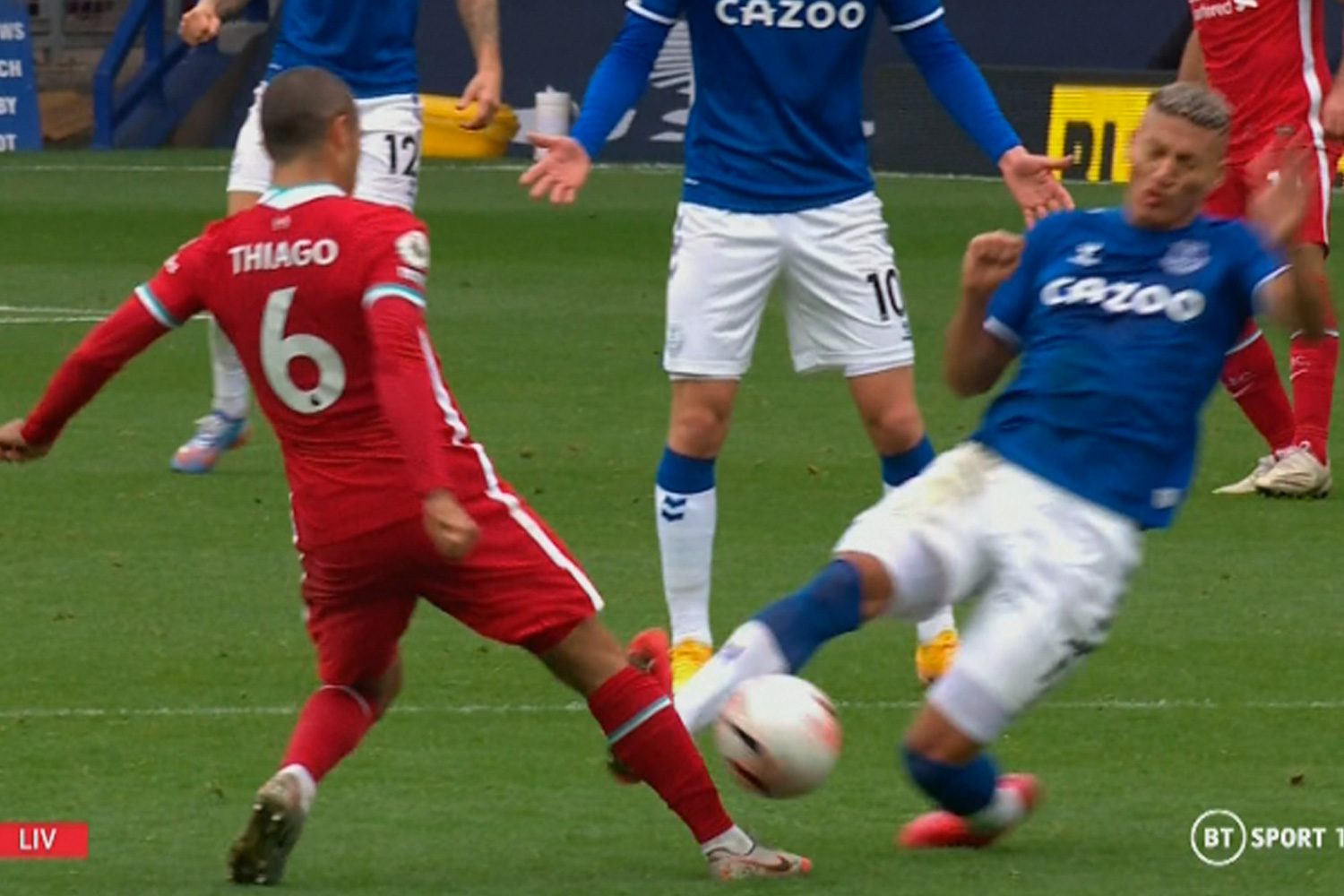 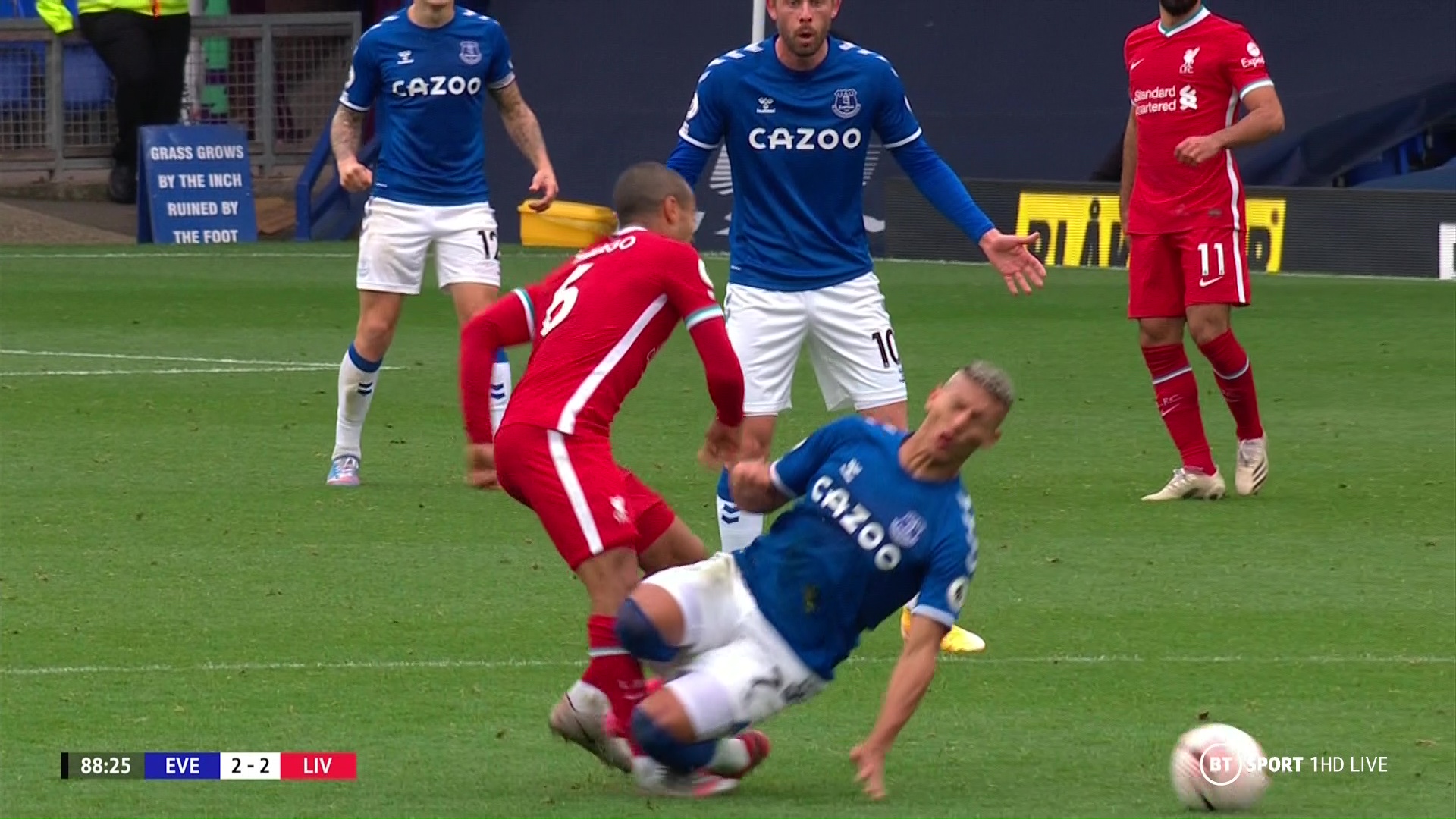 With the ball bouncing in the centre of the pitch, Richarlison arrived late with a studs-up challenge that landed on Thiago's shin.

Both players were left hurt by the collision, with referee Michael Oliver dismissing the Everton star.

As he commentated on the incident for BT Sport, former Liverpool star McManaman recoiled at the tackle's replays.

He told viewers: "I have to turn away."

He told BT Sport: "It's not only a red card for Richarlison but a massive foul on Thiago.

Thiago does well to get up from this. It's a potential leg-breaker.

"It doesn't look good and we don't know what he has."

In the studio, Joe Cole and Peter Crouch criticised Richarlison for picking up his second red card in English football.

Crouch stated: "Thiago does well to get up from this. It's a potential leg-breaker."

Everton had earlier escaped a red card for Jordan Pickford in the fiery derby.

The goalkeeper took out Virgil van Dijk in the area, injuring the Liverpool defender but avoiding a penalty thanks to a tight offside call.

Goals from Sadio Mane and Mohamed Salah put the visitors ahead twice with Michael Keane and Dominic Calvert-Lewin dragging the Toffees back into the match.

Yet, Jordan Henderson's strike was ruled out by a questionable offside decision against Mane by VAR.