The Mail claim the centre-back is set to leave Fleetwood at the end of the month and the Red Devils have made an enquiry to the League One side. 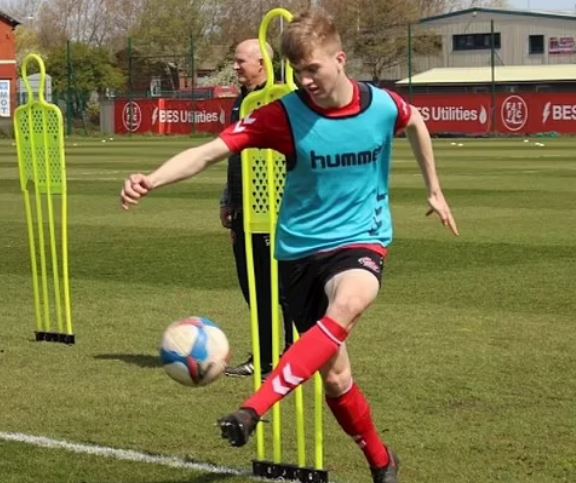 The report adds that Aston Villa are viewed as front-runners to sign highly-rated Feeney.

The 16-year-old scored for England as captain during their 6-0 win over Northern Ireland on Thursday.

And he linked up with two United players during that game – goalkeeper Tom Wooster and potential defensive partner Louis Jackson.

Fleetwood are said to have been fielding bids for Feeney, with the youngster likely to cost a significant six-figure sum.

He has the freedom to choose his next club from July 1 but his transfer fee will be decided by a tribunal if an agreement cannot be reached.

Feeney was promoted to Fleetwood’s first team group last season following the arrival of Simon Grayson as manager earlier in the campaign.

He was a rare positive for the team that ultimately finished 15th in League One as he was named in three of the club's last four matchday squads.

Although Feeney did not travel for the Cod Army's 3-1 defeat to Ipswich on the final game of the season because exam season had started.

He would have become the sixth-youngest debutant in EFL history had he made an appearance in the 1-1 draw with MK Dons last month.

United meanwhile are continuing to step up pursuit of home-grown players this summer at academy level because of Brexit rules.

Due to restricted movement, teams will no longer be able to sign 16-year-olds from the EU and must wait until they are 18.