Trouble in paradise. Love in Paradise: The Caribbean couple Martine and Steven were making it work after getting back together, but it seems that conflict is on the horizon.

In Us Weekly‘s exclusive clip from the Sunday, August 15, episode of the 90 Day Fiancé spinoff, Martine questions her partner about suspicious text messages she saw on his cell phone.

“What’s wrong with you?” she asks him after coming into the kitchen, where the DJ is looking at his phone. “Who are you messaging when everybody’s here?” When Steven asks why Martine is suddenly on his case, she explains that she saw something the previous evening that seemed like a red flag. 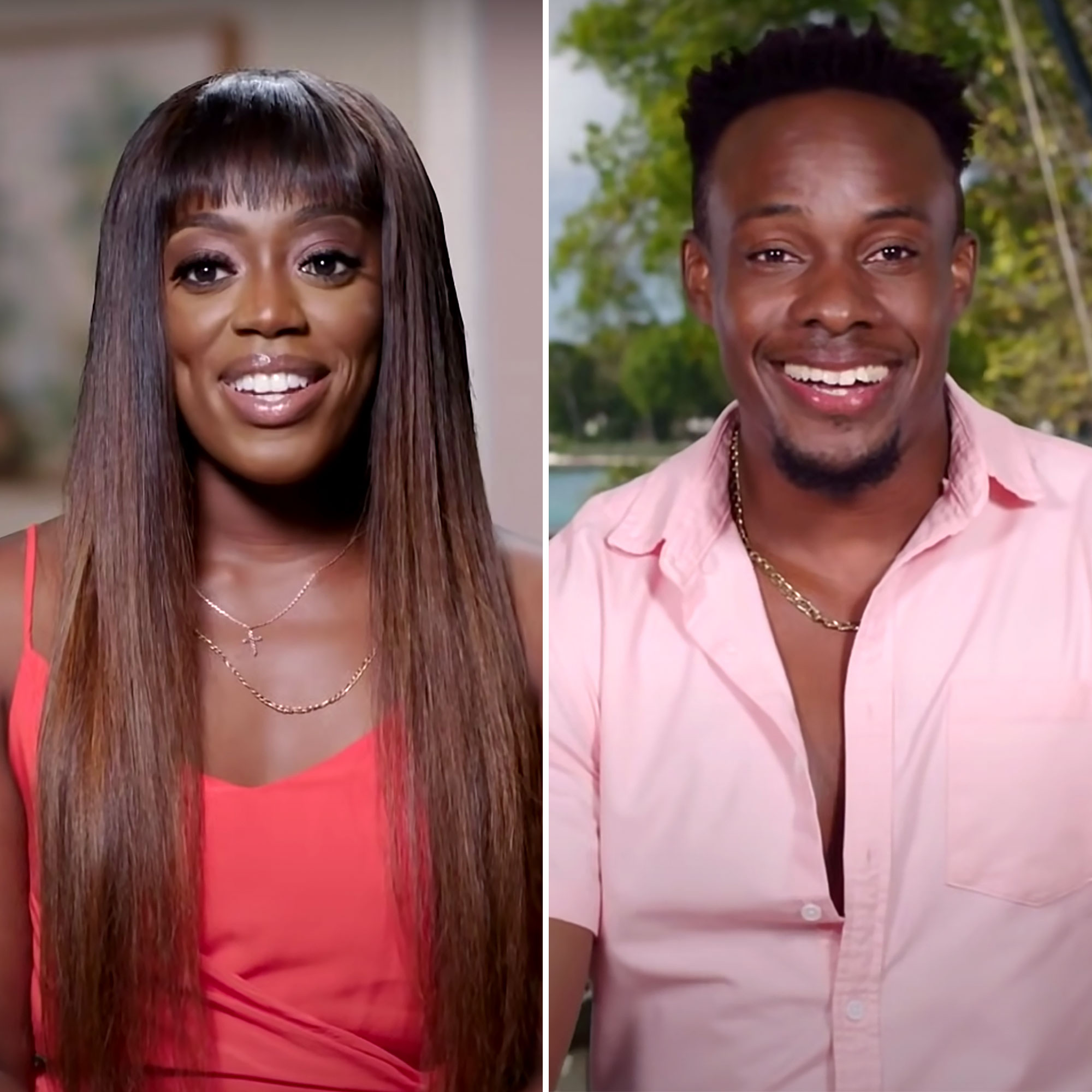 “Last night when you was in the shower, I had your phone in my hand and somebody texted you talking about, ‘Are you awake?’” she tells him.

The Barbados native is incredulous, but Martine thinks she has a legitimate reason to question his behavior. As she explained in the series trailer, Steven already cheated on her once.

Steven, however, claims he has no idea who has been texting him. “I don’t know. I’m a DJ,” he tells her. “I am up and out at late times.”

The couple, who met in Barbados while Martine was visiting on a cruise, had been working to repair their relationship after the first cheating incident, but the texts threaten to set their progress back.

Steven tells the Miami resident that she can trust him, but she’s not so sure. “I wanna believe him, but it’s hard to believe someone who’s already done the thing that you’re accusing them of,” she says in a confessional. “Cheating is just a different level of betrayal.”

’90 Day Fiance’ Original Couples Status Check: Who Is Still Together?

Despite her misgivings, Steven feels that he’s done all he can for her, including giving her the password to his phone so she can check it whenever she wants.

“That was two years ago,” he tells her, referring to his past cheating. “How you want me to move to Miami, or you wanna move here and you don’t trust me? That don’t make no sense, Martine.”

New episodes of Love in Paradise: The Caribbean, A 90 Day Story are available to stream Sundays on Discovery+.