Logan Paul has dismissed a conspiracy theory that Floyd Mayweather Jr knocked him out during their exhibition bout but held him up in order to keep the fight going.

Footage in the fight shows Paul absorb a tremendous shot from the legendary boxer towards the end of the sixth round.

It leads to the YouTube star slumping forward and leaning on his opponent with his body briefly going limp.

While Paul is swiftly taken to his corner between rounds and recovers to finish the final two rounds of the contest, with no judges employed for the exhibition at Miami’s Hard Rock Stadium and therefore no official decision.

And an irate Paul has now responded to the speculation and hit out at those attempting to discredit his achievement of going eight rounds with the former five-weight world champion.

Paul said on Instagram: “I’m seeing this narrative going around that, where there’s one part of the fight where Floyd punches me and I kind of leaned on him a little bit.

“And it looks like I went limp and people are trying to spin it and say he knocked me out and caught me and kept me up to keep the fight going until the eighth round.

“He got a lot of good punches in, there are a couple photos, I got f***ed up a couple shots, I didn’t know my face could make that shape.

“But [I was] never rocked, never blacked out and never obviously got knocked out.

“He didn’t hold me up, he tried to take me out but he couldn’t, it was great.” 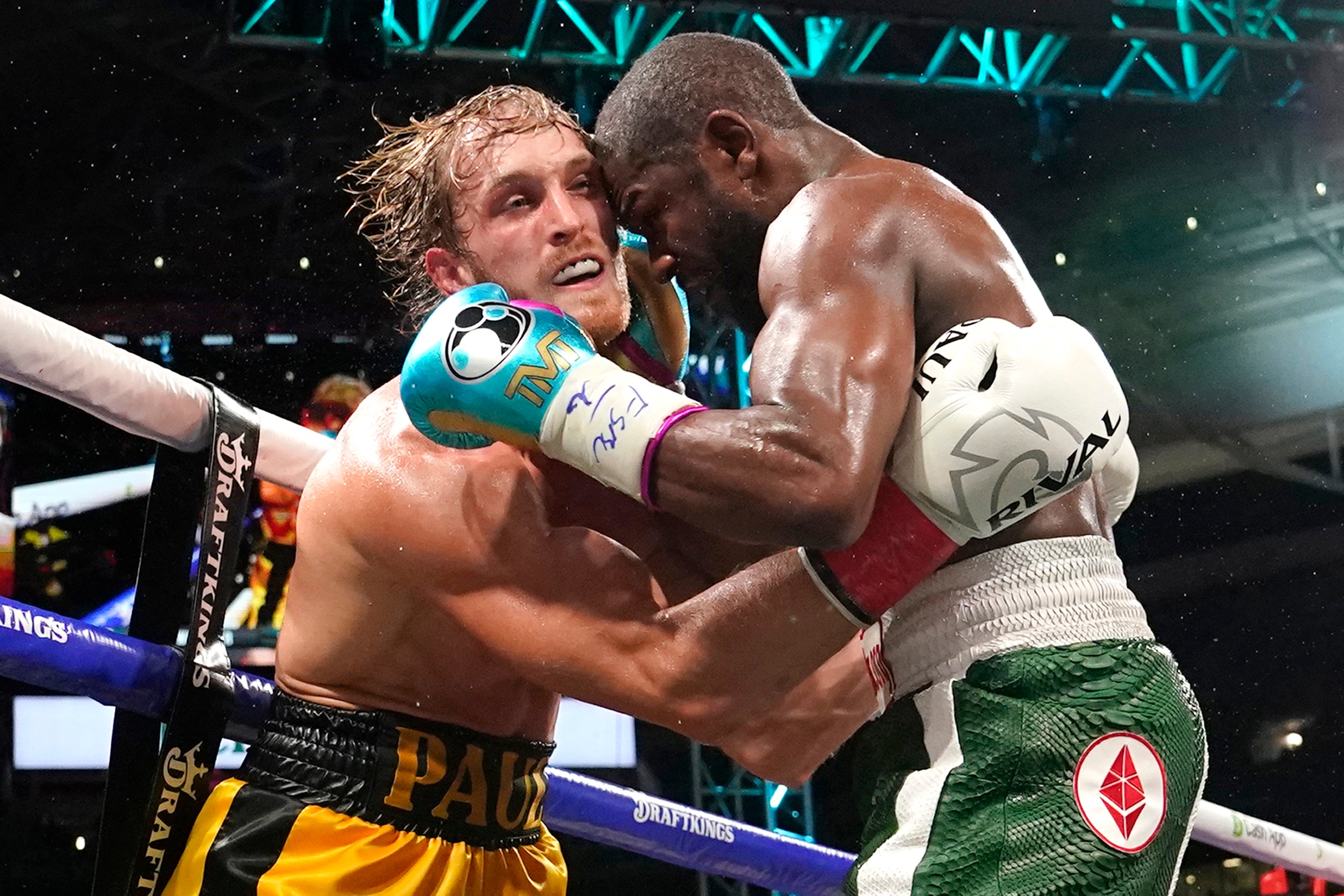 While Mayweather did concede afterwards that Paul was “better than he thought”.

“I had fun. You’ve got to realise I’m not 21 anymore. He’s better than I thought he was,” Mayweather said afterwards.

“He’s a tough, rough competitor. I was surprised by him. He knew how to use his weight and tie me up.”