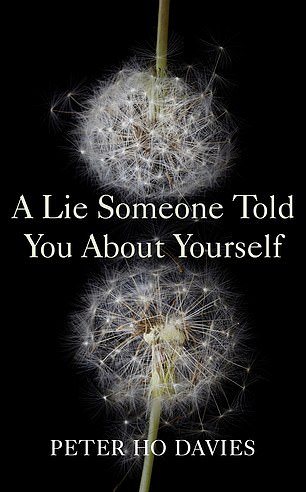 A LIE SOMEONE TOLD YOU ABOUT YOURSELF

A writer’s job is not to think the unthinkable but to say the unsayable, at least according to our unnamed author protagonist. And he knows about taboos: he and his wife made the heart-breaking decision to abort their almost certainly disabled first child.

Some time later, the couple have a son, a boy who presents other challenges. But the thought of the first baby never goes away.

Fierce paternal love spills off every page of this masterful book in a way that recalls Max Porter’s Grief Is The Thing With Feathers; lean and darkly funny, it contains not a shred of mawkishness.

Initially, it seems too convenient that Ho Davies’s central character is a former physicist: being versed in uncertainty principles, he can legitimately spend time parsing his situation’s agonising what ifs.

Too convenient, until you learn that Ho Davies has a background in physics, too — as his central character points out, life is a lousy writer. This has been billed as autofiction; however you classify it, it’s exceptional.

Robert Jones has already been likened to James Baldwin and William Faulkner by the novelist Edmund White; somewhat improbably, a recent social media snap suggests Mariah Carey is also a fan. Which isn’t to say that this Antebellum-era epic is easy going.

At its centre are slaves Samuel and Isaiah, whose delicately drawn relationship makes them both admired and terribly vulnerable. Their love is an obstacle to plantation owner Paul, who is set on breeding more workers. But the couple fascinate Paul’s painter son as he wrestles with his own desires.

As each chapter focuses on a different character, from Paul’s illegitimate coachman son to his housemaid Maggie, we see the things that can make existing possible in the face of appalling inhumanity.

We also hear from a chorus of ancestral voices, while another, rather superfluous strand spins us back to a soon-to-be colonised African country.

Jones’s ambition comes at the cost of narrative fluency, but each lyrical, densely detailed paragraph is itself a transfixing journey.