A Darwin-based Labor senator has had to repay taxpayers more than $17,000 for almost 40 incorrectly claimed domestic flights, hotel charges and taxi rides. 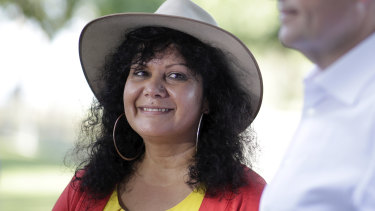 The audit focus primarily on domestic travel connections through Sydney from July 2016 to April 2019.

The audit reveals Senator McCarthy herself had asked the parliamentary expenses watchdog to audit hundreds of travel claims since she was elected to Parliament, including claims for travel allowances and "especially my stopovers in Sydney".

The authority said it sought to recover $17,362.22, which includes GST and associated fees, from expense claims which were found to be "inconsistent with the legislative framework".

"Senator McCarthy and her staff were cooperative and fortcoming with information during the audit process," the report said.

"Considering Senator McCarthy's health, the volume of questions and the complexity of the pre-2018 expenses framework, IPEA received Senator McCarthy's responses in a timely manner. Information was corroborated by IPEA where required."

In a statement on Thursday, Senator McCarthy said she had "self-reported" and once she was made aware of repayment requirements had repaid the money "immediately".

"Being transparent and open is something I take seriously," Senator McCarthy said.

"The legislative framework around parliamentary entitlements can be complex, as the report itself acknowledges, and this process has been an important learning for me. This is not an excuse. I take full responsibility and I apologise."

The Yanyuwa woman, from Borroloola in the Gulf of Carpentaria, spoke publicly about her diagnosis, which means she has enlarged kidneys with thousands of cysts, in August last year.

There is no cure for the disease, which is also associated with kidney infections, high blood pressure and pain.

Senator McCarthy said at the time it would get worse over time, eventually requiring dialysis or a kidney transplant.

The former TV journalist was also a minister in the Northern Territory government before her election to the Senate in 2016.

She said representing the people of the Northern Territory was an "incredible privilege" and a role she took "very seriously".

"I will continue to work hard to represent Territorians at the federal level. I take this opportunity to also thank the IPEA staff in their diligence in this matter, and for agreeing to my request to audit my travel."