KITKAT fans can now get their hands on two new flavours tasting of honeycomb and chocolate hazelnut spread.

The two-fingered bars are replacing the cookies & cream version and the lemon drizzle flavour, which baffled shoppers when it launched in 2018. 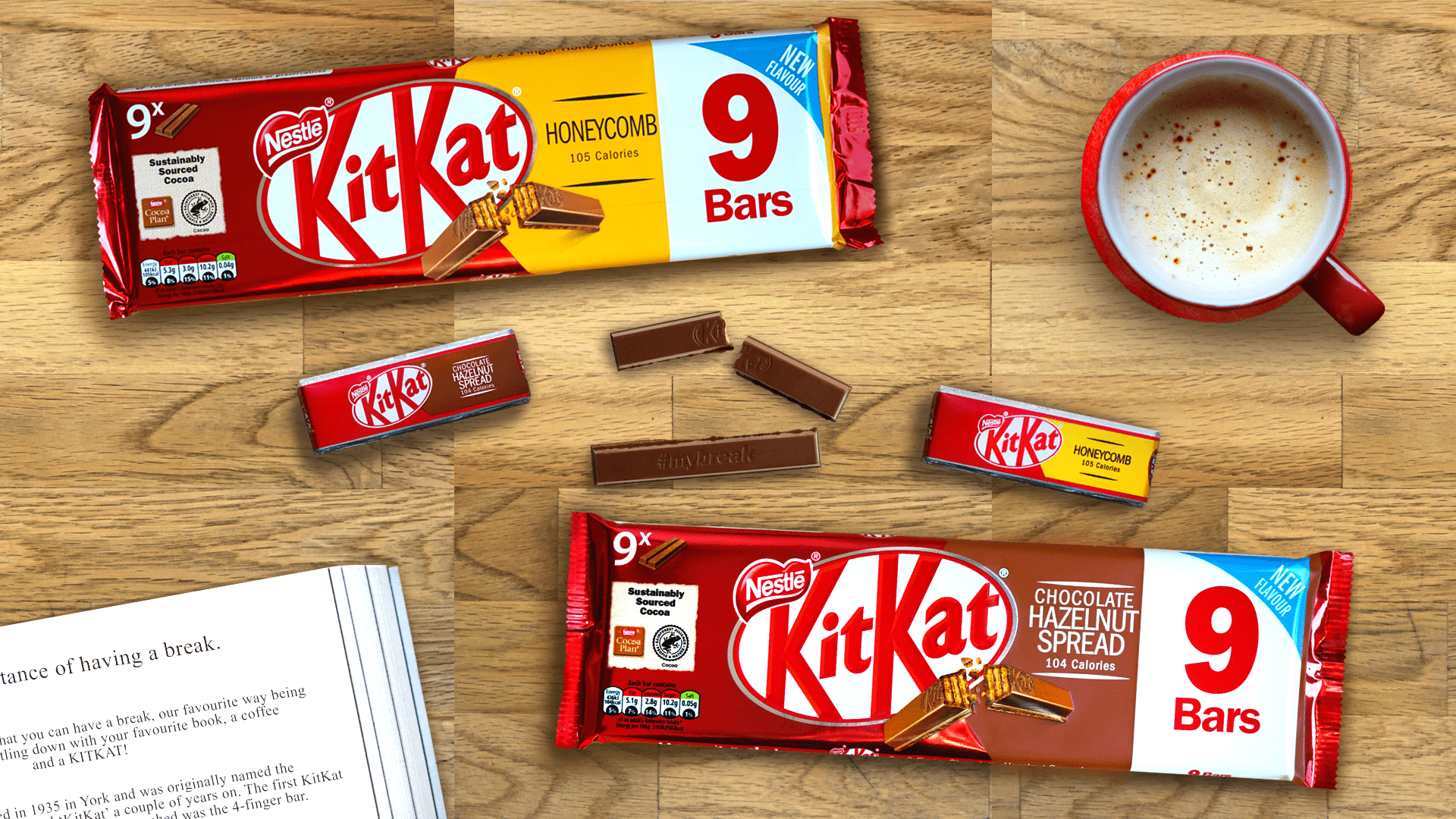 The original KitKat is made up of two chocolate covered wafer fingers, and typically comes in two finger packets but you can get them with four fingers and chunky versions too.

The latest additions to the range will be available in multipacks of nine 20.7g bars at a recommended retail price (RRP) of £1.99.

The honeycomb bars will land in Sainsbury's stores and online tomorrow, October 16, while both additions will be available at Asda from November 9.

Iceland and B&M shoppers can also buy six-packs of the honeycomb flavour for £1 from today.

The bars are being produced at owner Nestle's factory in York, which is also home to Aero, Yorkie, Milkybar and Polo.

If you're watching over your waistline, you'll want to know that each two-finger hazelnut bar contains 104 calories while the honeycomb flavour contains 105 calories.

An adult man should eat around 2,500 calories a day while it's 2,000 for a women, according to NHS guidelines.

The original KitKat bars in packs of nine currently set you back £1 at Asda and Morrisons, compared to a pricier £1.50 at Sainsbury's and Tesco.

These same-sized bars also come with 104 calories per treat.

If you're sad about the cookies & cream flavour being ditched, you'll be pleased to know that nine-packs are currently up for grabs at Morrisons for £1, down from £2.

Amy Bennett-Inge, assistant brand manager for KitKat, said: "We’ve experienced huge demand for our two-finger KitKats this year and we know that fans love to try new flavours from the brand.

"We think our honeycomb and chocolate hazelnut spread varieties really hit the spot, and we’re sure they’ll become popular new additions to the range."

And in January, KitKat launched a new GOLD four-finger bar with white chocolate and caramel.

While in 2017, Nestle changed KitKat's recipe to cut its sugar content.