Kevin Spacey has been cast in a film in what is believed to be the first time since accusations of sexual assault against the actor started surfacing more than three years ago, prompting several court cases and unravelling his on-screen career.

The film, L’uomo Che Disegno Dio (or The Man Who Drew God), is an Italian feature. Vanessa Redgrave has a role, and it will be directed by her husband, Franco Nero, who rose to fame via the 1966 spaghetti Western “Django”, said co-producer Louis Nero, adding that Spacey, who plays a detective, is not a lead in the film. 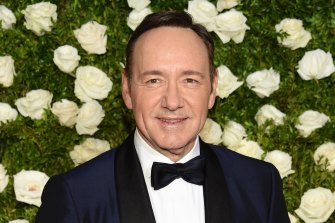 TV and film producers started dropping Spacey from projects after actor Anthony Rapp in 2017 accused him of making unwanted sexual advances toward him in the 1980s, when he was 14 years old. More accusations followed, and several men have sued Spacey over their accounts of sexual assault and other misconduct.

Spacey, 61, was swiftly excluded from the Netflix political thriller House of Cards; replaced by Christopher Plummer in the Sony film All the Money in the World; and played Gore Vidal in a biopic that never saw the light of day. Less than a year after the accusations, he appeared in a supporting role for a finished movie called Billionaire Boys Club, but he has not appeared in a television show or film since.

Louis Nero said the movie is about a blind artist, played by Franco Nero, who draws portraits of subjects by listening to their voices. Redgrave is slated to play a woman who teaches the artist to read Braille, Louis Nero said. The filmmakers hope to complete the project in September. Spacey has not yet filmed his role.

Asked about the sexual assault allegations, Louis Nero said, “I only know that he is a good actor — that’s it.” 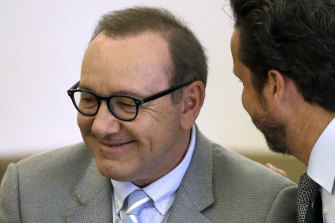 Actor Kevin Spacey listens to attorney Alan Jackson during a pretrial hearing on June 3, 2019, at district court in Nantucket, Massachusetts.Credit:AP

A representative for Franco Nero did not immediately respond to requests for comment on Monday.

For years, Spacey has been embroiled in court proceedings over sexual assault and misconduct allegations against him. Spacey was sued last year by Rapp, along with an anonymous man who said in the lawsuit that Spacey sexually assaulted him when he was 14 years old after meeting him in an acting class in the 1980s. A judge ruled that the man would have to identify himself publicly if he wanted to continue to trial; his lawyers said the “unwanted attention” associated with revealing his identity would be “too much for him to bear” but suggested that they planned to appeal the ruling.

In 2018, Spacey was charged with the sexual assault of an 18-year-old man in Nantucket, Massachusetts. Prosecutors dropped the case when the accuser invoked the Fifth Amendment and refused to continue testifying.

A massage therapist sued Spacey in California in 2019, accusing him of groping and trying to kiss him before offering him oral sex during a massage. The accuser died unexpectedly ahead of the trial and the case was dismissed when his estate dropped the lawsuit. 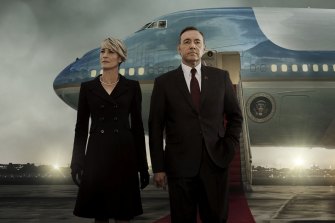 Spacey, whose lawyer did not immediately respond to a request for comment, has denied the allegations made by the four men.

It is not uncommon for actors and filmmakers accused of sexual assault to find work in Europe after opportunities dry up in the United States. Director Roman Polanski, who fled the United States for Europe in 1978 while awaiting sentencing for unlawful sexual intercourse with a minor, won big at France’s equivalent of the Academy Awards last year. Woody Allen, who was accused of sexual assault by his daughter Dylan Farrow, has also reoriented himself to Europe since the #MeToo movement revived criticism of those working with him.

Find out the next TV shows, streaming series and movies to add to your must-sees. Sign up to get it every Thursday.