ARSENAL ace Katie McCabe has committed her long-term future to the club and hopes to help them win more trophies.

The Ireland captain inked the new deal today but the length of her new contract is yet to be revealed. 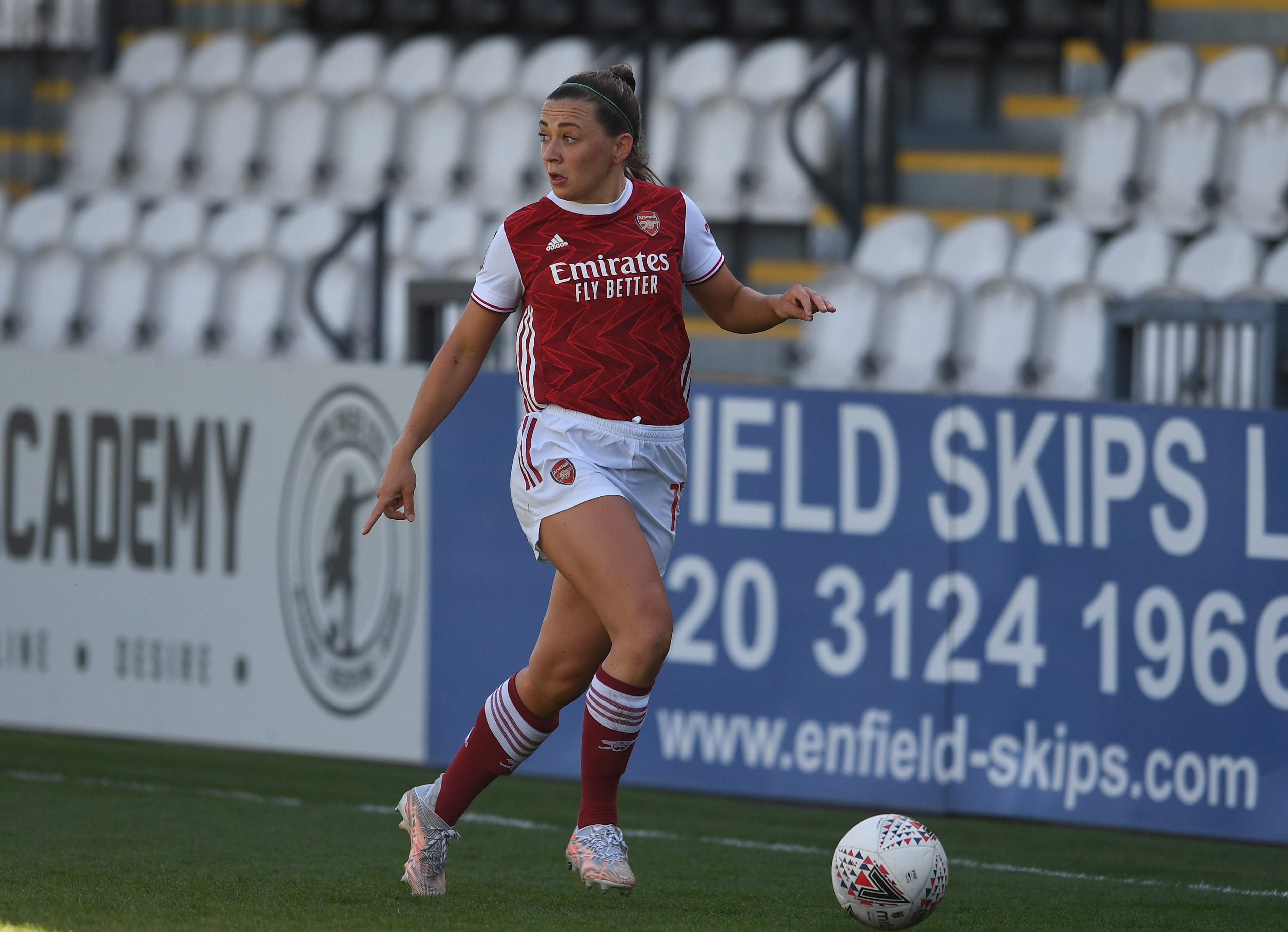 The Gunners shared the news on Twitter but reported that the deal was still "subject to the completion of regulatory processes" on their website.

They tweeted: "We've got McCabe..and now she's here to stay!"

Upon signing the contract extension, the Ireland skipper declared her love for the Gunners and revealed her desire to help them lift more silverware.

While speaking to their website, she said: "I’m absolutely delighted.

"I love this club and I feel like we’re in a really good place and that we’re ready to push on.

"I’m delighted it got done and now I’m ready to kick on and help this club win more trophies."

She went on to say that her time at the club had been amazing so far and that she feels that they're in a position to excel with their current setup.

McCabe added: "It’s been amazing ever since I joined the club.

"There’s been ups and downs along the way, but I feel like I’m in a really good place with the team that we’ve got. 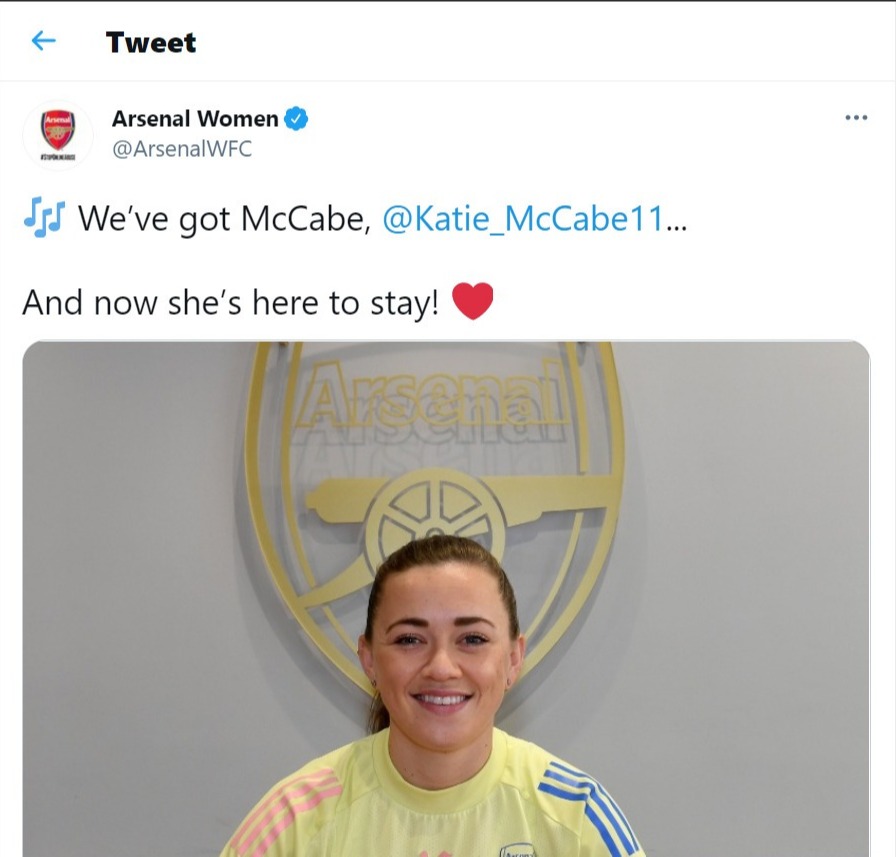 "The players we’ve got and all the staff behind the scenes. I’m really happy to commit my future."

Since her arrival at Meadow Park in 2015 from Irish side Shelbourne FC, McCabe has helped the Gunners win the FA Cup, the League Cup and Women’s Super League.

And she'll have the chance to help them add the Champions League to their cabinet after her decisive goal in Arsenal's 2-1 win over Everton last weekend helped them secure qualification to Europe.

She has been a key player in Joe Montemurro's team this season, scoring four goals and providing 12 assists in just 24 matches.

One of her stand-out moments in this campaign was when she scored a stunning free-kick in Arsenal's 6-1 rout against rivals Tottenham.

Montemurro also expressed his delight at McCabe's decisison to stay at the club and said she has been one of the highlights of his managerial career.

Since she returned from her half-season loan with Glasgow City in 2017, Montemurro believes she has developed into a "world class" player.

He said: "Katie McCabe is one of the highlights of the last three or four years here.

"It’s been a project which has been an exciting one. She’s been thrown every challenge from the day that we brought her back from her loan.

"And I think she’s just developed into a world-class left-sided player. All credit to her, she personifies exactly what we want from our squad."

But, unfortunately the pair's working relationship is coming to an end as Montemurro will be leaving the Gunners hot-seat at the end of this season.

He announced his shock exit at the end of March after spending three years at the helm.

At the time of the news, Montemurro revealed that his decision to leave had been the hardest of his professional career so far. 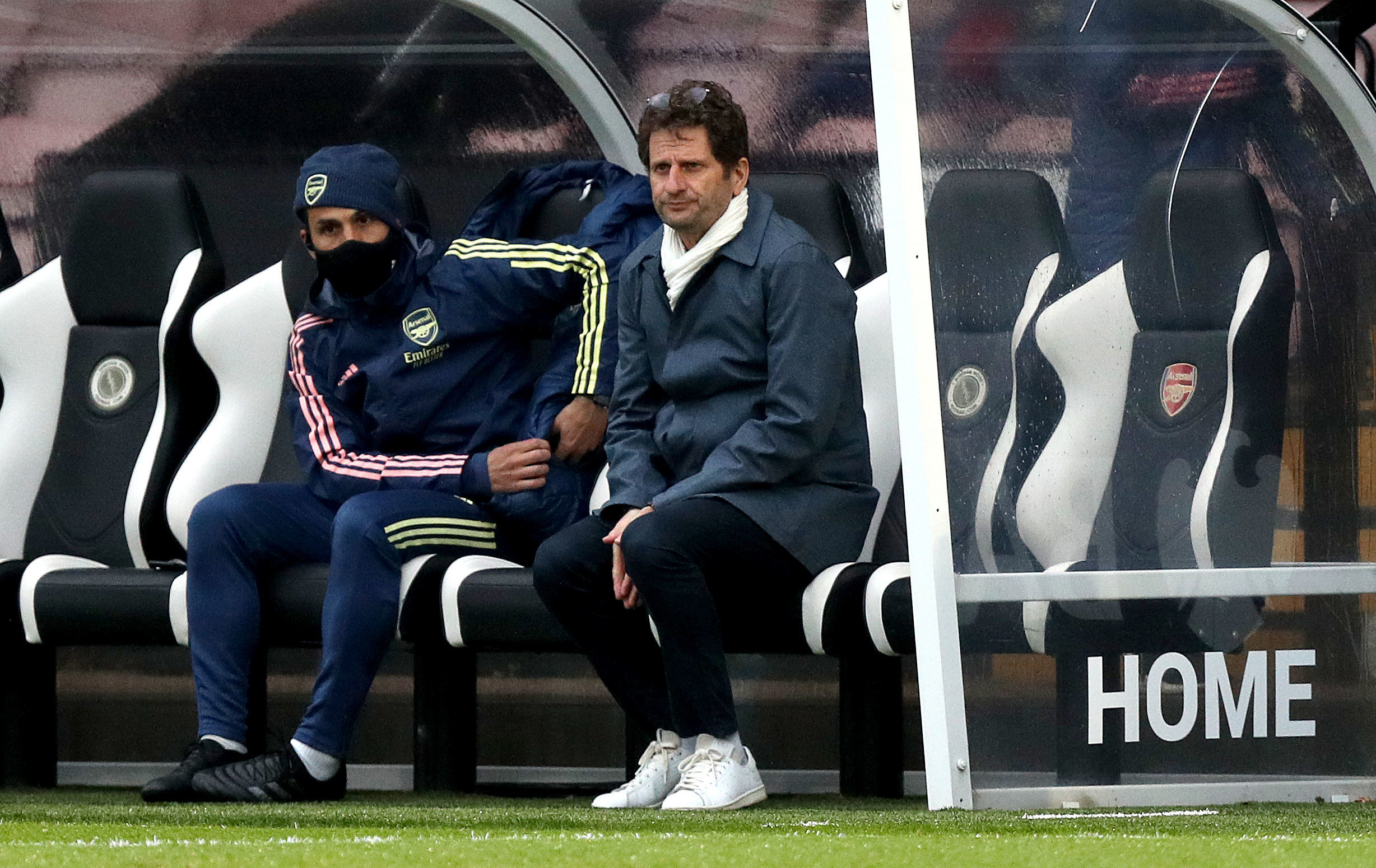