UFC president Dana White has ruled out a rematch between Jorge Masvidal and Nate Diaz.

Gamebred beat the Stockton Slugger for the BMF title via TKO during their first encounter back in November. 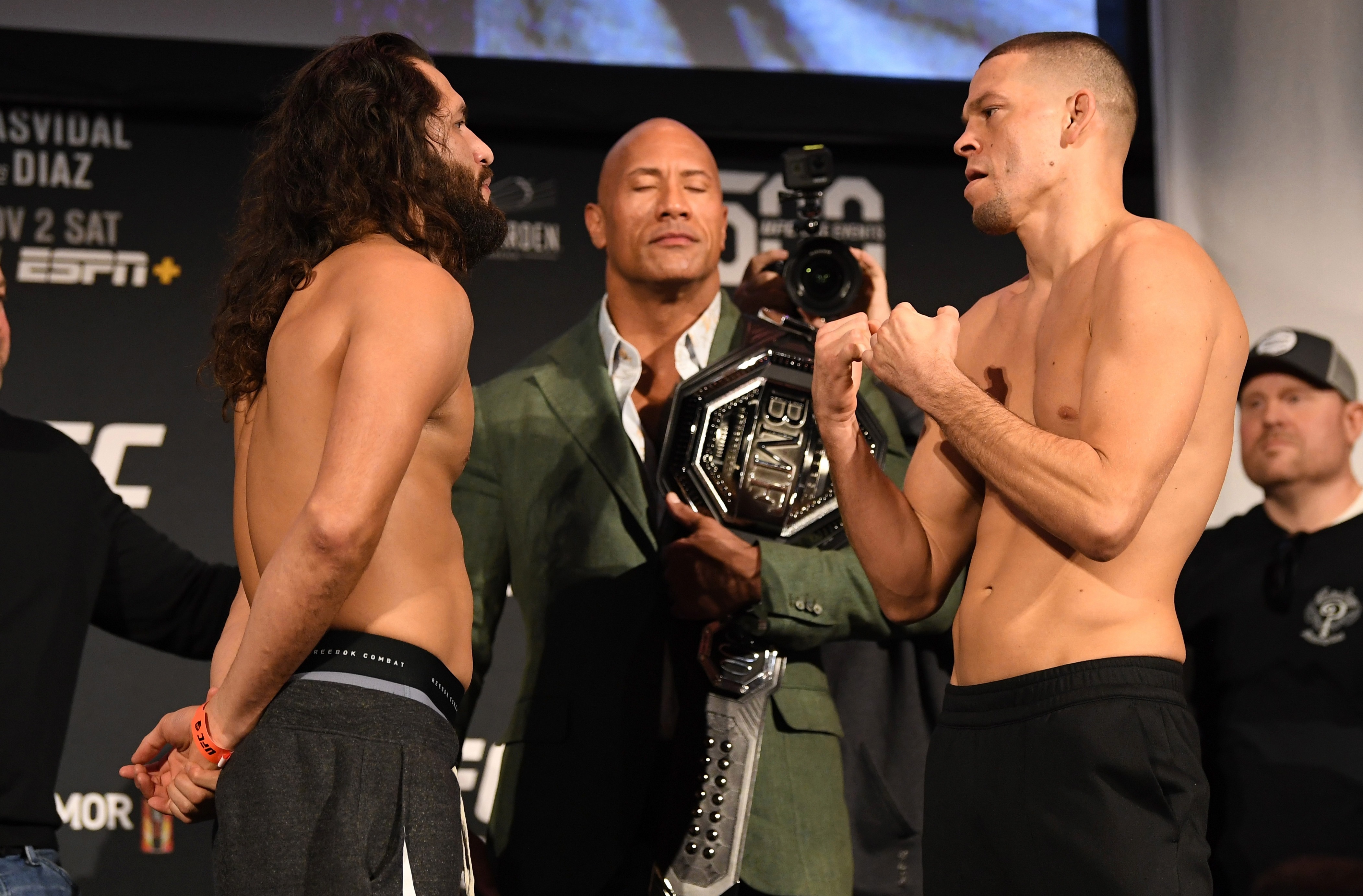 Masvidal, 35, has since gone on to unsuccessfully challenge UFC welterweight champion Kamaru Usman at UFC 251.

But having only had six days notice for the fight, the 35-year-old wants another crack at the Nigerian Nightmare.

The American has already insisted he would turn down big-money offers to face Conor McGregor, 32, and Diaz, 35, in order to rematch Usman.

And UFC president Dana White admitted that Masvidal vs. Diaz II is probably a no-go for now.

He told ESPN’s Brett Okamoto: “I don’t think you do an immediate rematch.

“We gotta see how some of these fights play out and see what’s next for (Masvidal). I mean he’s talking about fighting again after next year.

“So, you know, still a long ways away and a lot of things can change in that division in the next six-to-eight months.”

Diaz meanwhile hasn't stepped into the Octagon since his loss to Masvidal.

But when quizzed over whether he would come back by Yahoo Sports, White was fully confident fans would see him again.

“I think Nate will fight (in the UFC) again.”