JONAS GUTIERREZ was 'really sad' to be axed by Newcastle over the phone after he had battled back from testicular cancer.

And the Magpies cult hero, 38, has expressed delight at Mike Ashley's departure after the Toon's £300million Saudi takeover. 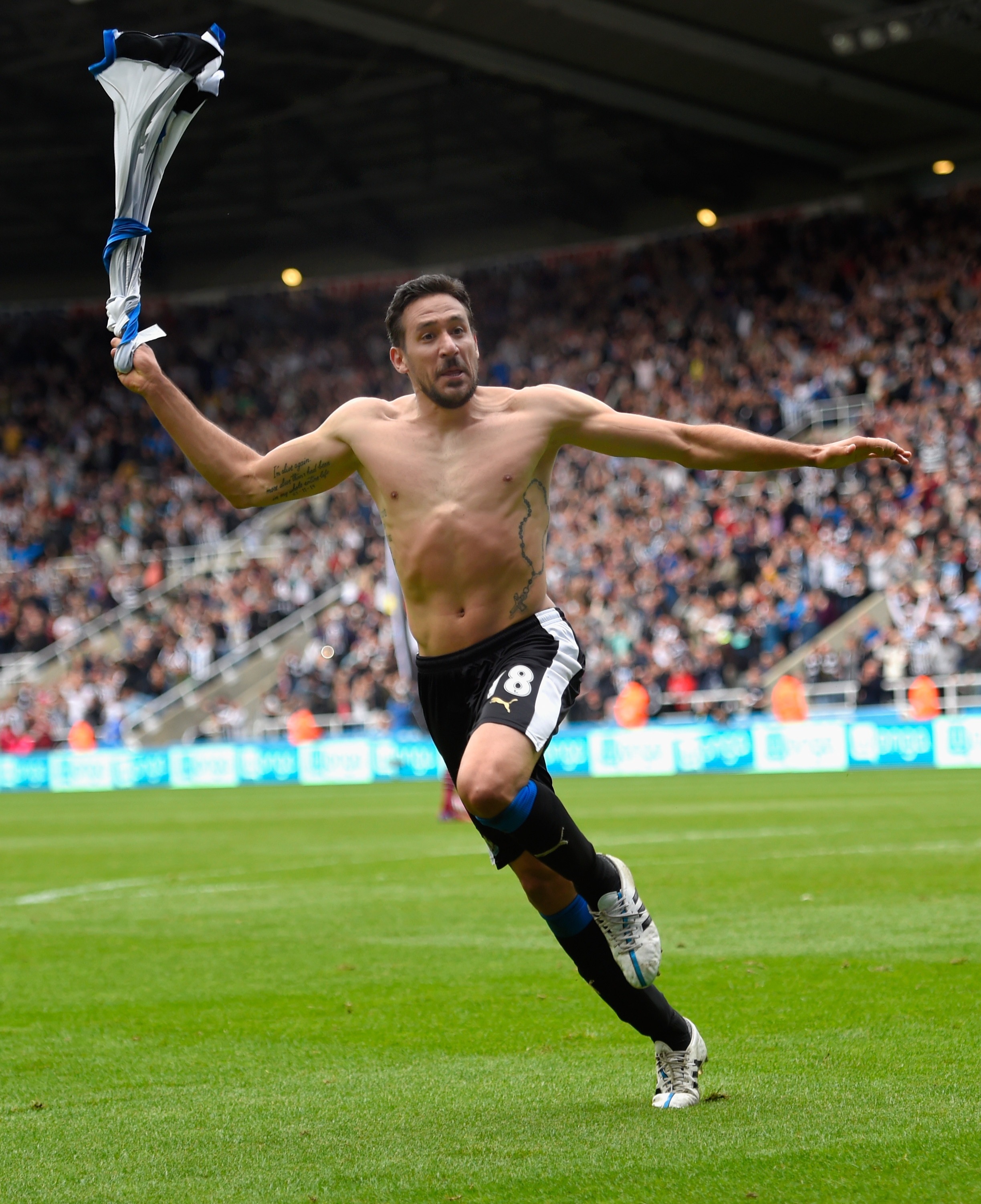 But he left under a cloud and later won a disability discrimination case against the club after being told he would no longer feature – by then-manager Alan Pardew – just TWO MONTHS after he had surgery to remove his left testicle in October 2013.

At the end of the 2014-15 season John Carver was tasked with informing Gutierrez his deal would not be extended and he chose to do it over the phone rather than in person.

After telling Ryan Taylor his St James' career was also over, Carver, 56, asked the defender to pass the phone to Gutierrez so he could tell him the news.

The Atletico Banfield ace recalled the 'sad' moment in an interview with Sky Sports News and said: "It was a hard situation, one that I never expected to be honest.

"I think over the years I always tried to do my best, play all the games I could and then I had to go through my illness.

"To finish with a phone call was really, really, sad.

“Ryan Taylor was with me and he passed me the phone. It’s not the way to do these things.

"If you have to say something you could at least call direct to [my] phone because I was seven years at the club and it was not a nice way to finish like that.”

After having surgery and eventually getting an all clear, Gutierrez said the club did not play him in order to prevent him reaching an 80-game target he needed to trigger a one-year contract extension.

And the employment tribunal – at which Carver and Pardew spoke – found in his favour.

Ashley – who was six years into his tenure at the time – has left St James' after 14 years having sold the club to Saudi Arabia's Public Investment Fund.

The news was met with wild celebrations by Geordies on the streets outside St James' Park.

And Gutierrez is sharing in their joy now the Sports Direct tycoon has left.

The 22-cap former Argentina international said: "Like all Newcastle fans, I’m really really happy because for me it was necessary to have a change, to have hope and glory for Newcastle.

"I can see what the fans made [of the news] outside of St James’ Park, all the videos and the things they did when they knew they had a new owner.

"I think the energy will be totally different and I hope we can now be always part of the fight for the top-five."

Asked if he will be returning to St James' any time soon, Gutierrez said: "I hope so. Sooner or later I'll be back in the city.

"I need to be back because it's been too many years. I'm waiting for that moment. It's going to be special."