John Lennon’s three most important relationships were with his Beatles pals – Sir Paul McCartney, Sir Ringo Starr and George Harrison. However, he also made some important friendships with other singers, such as the Rolling Stones and Sir Elton John. Sir Elton has, in celebration of what would have been John’s 80th birthday, spoken out about their ‘whirlwind romance.’

Sir Elton John has confirmed what many would have expected – he and John Lennon were indeed friends.

In fact, in an interview with John’s son Sean Ono Lennon, Sir Elton has said they had a ‘whirlwind romance’ which lasted two to three years.

On the John Lennon at 80 Radio 2 programme, which featured Sean interviewing important people in his father’s life, Sir Elton spoke out on what he loved about his friend, mainly the way he ‘united’ people.

Sir Elton said: “I think that if your dad had still been alive he would have maybe won the Nobel Peace Prize.

“He was a uniter and was prepared to go to any lengths to make people see what his point was.”

Despite this, he also admitted there were many people who were not big fans of John, including the FBI. 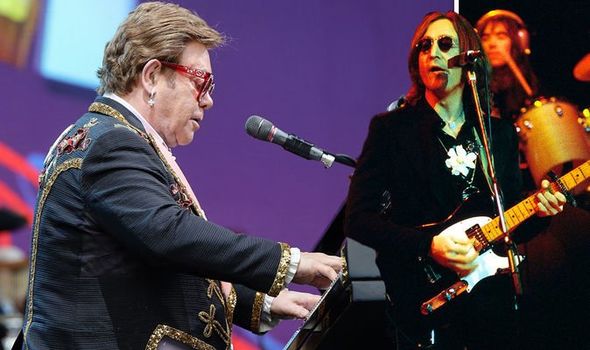 Sir Elton added: “And a lot of people… like the FBI, they gave him a hard time, but it didn’t deter him.

“He was peace-loving, brilliant, funny, opinionated, a treasure – we need people like him today.”

One suspected reason the FBI was so interested in John is his pacifism and disagreement with war, which was also a sticking point for Elvis Presley.

One story goes Elvis told his friend and FBI chief, J Edgar Hoover, to keep an eye on the Beatles star due to his ‘anti-American’ views. 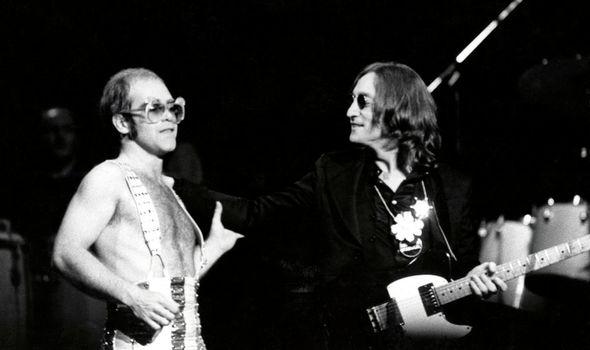 As well as these comments, Sir Elton spoke of how much he enjoyed collaborating with John on some of their music.

Sir Elton asked for his friend’s help on a Beatles cover, and in 1974 John helped Sir Elton on his version of Lucy in the Sky with Diamonds.

The B-side to this track was One Day at a Time, by John, and thus began a beautiful partnership.

Of course, John was not going to appear on the track in a normal way, and instead he was credited as Dr Winston O’Boogie, with Winston being John’s middle name.

Returning the favour for John’s help, Sir Elton then played piano and added harmonies to John’s song Whatever Gets You Thru the Night, which appeared on John’s album Walls and Bridges.

Their final collaboration came off the back of this track, which was reportedly the result of a bet. 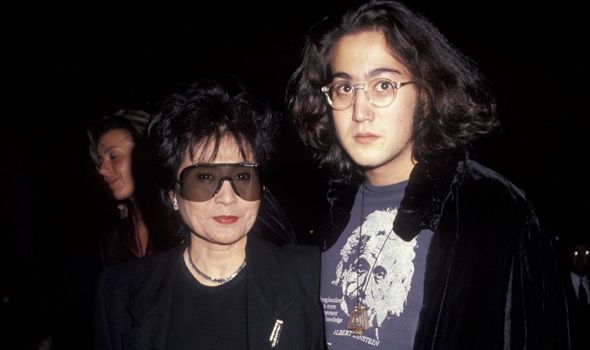 According to David Sheff in his book, All We Are Saying: The Last Major Interview with John Lennon and Yoko Ono, Sir Elton bet his friend the song Whatever Gets You Thru the Night would go to Number One in the charts.

John, at the time, had not earned a Number One single as a solo artist, despite his other Beatles members managing to do this.

Of course, he took the bet, and in the end the single was John’s only song to hit Number One in his lifetime, meaning he had to make good on his promise.

As a result of the bet, John joined Sir Elton on stage at Madison Square Garden in New York at a huge concert, which was a rare live performance for John. 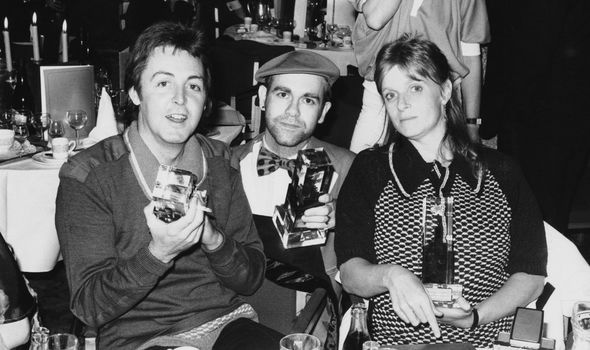 The pair played Lucy in the Sky with Diamonds and Whatever Gets You Thru the Night, as well as The Beatles’ I Saw Her Standing There.

Before his death John opened up about the concert, telling the BBC: “Elton was in town and I was doing it and needed the harmony.

“He did the harmony on that and a couple more, and played beautiful piano on it.

“And jokingly, he was telling me he was going to do this Madison Square Garden concert — he said, ‘Will you do it with me if the record’s Number One?’

“And I did not expect it to get to Number One at all. I didn’t think it had a chance in hell.

When he realised he would have to “pay up,” he explained: “‘OK, it’s time to pay your dues!’ It was the first Number One I had, actually.

Sir Elton clearly held this memory as closely as John, and has nothing but fond memories to share about his friend.

Speaking of the time he performed with John, he said: “That was the kind of wonderful two or three year whirlwind romance that we had and it was such such an important thing in my life Sean, and it just really helped me. It gave me so much confidence.

“If you’re playing on your dad’s record, the energy suddenly is there. If you don’t perform then you know you’re dead basically, because it was just for me, it was a dream come true. I could have died and gone to heaven.

“You know I cycled to Hatch End to get The Beatles album and here I am playing on this record and having the greatest time, I’m having the best fun with him.