JOHN HUMPHRYS: Keeping grandparents away from their loved ones after lockdown ends isn’t ‘shielding’ – it’s cruelty

Only the most foolhardy would announce publicly that they are contemplating defying an instruction designed to protect them. But what’s the point of hacks like me if we’re not prepared to take a chance now and then for something that really matters?

Especially if you’ve been in the trade for as long as me and you’re no longer in the first flush of youth. And age is what this is about. The government in Westminster still doesn’t trust the nation with what a release from lockdown might look like, but one thing seems pretty certain.

People who’ve hit 70 will not be allowed to join the rest of the nation in a headlong rush towards the nearest tavern. They will be ‘shielded’. What a strange notion that is. It is done in the name of compassion. 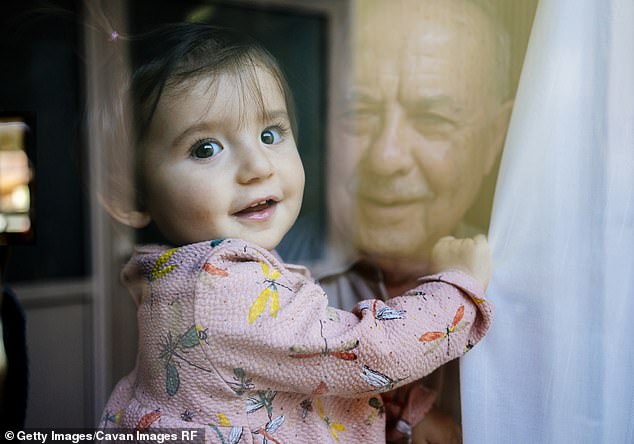 The over 70s must be looked after because they are ‘vulnerable’. It is an absurd generalisation, of course. Some are; some aren’t. As it happens, some of the scientists who are key to fighting coronavirus are over the age limit. Sir Paul Nurse, head of the Francis Crick Institute, won’t see 70 again.

The House of Lords would have to go under a dustsheet. How can it be acceptable to write off a huge swathe of the population? That is not policy: it’s discrimination. And isn’t that meant to be illegal?

Obviously, there would be a moral and legal argument for it if allowing marauding oldies out onto the streets were to increase the threat to everyone else. But they’re not the ones who’ll be celebrating their new freedom by partying, getting smashed, causing trouble.

Maybe a quiet pint or two — assuming the pubs are allowed to open of course. Maybe a walk in the woods. Definitely a hug with the grandchildren they’ve missed so terribly. Perhaps they’d be a burden on the NHS? The evidence so far suggests the opposite.

There’s been a sharp fall in the numbers seeking treatment for heart failure and even cancer — people who might need care intimidated by the grim triumvirate at the daily Government press conferences with their endless repetition of the order to stay at home and protect the NHS.

Protect the NHS? The last time I looked there were so many free beds in so many new hospitals dedicated to corona patients it has become something of a national embarrassment.

But maybe there aren’t enough nurses to look after the patients? Possibly, but I spoke only yesterday to a doctor whose wife is a retired nurse in her 60s and was desperately keen to make a contribution. 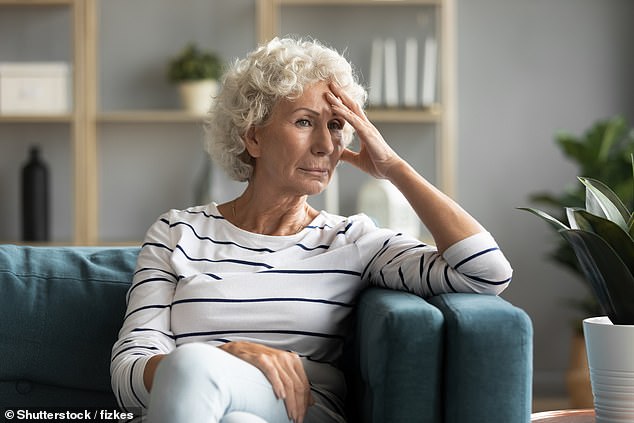 Stock image:  Loneliness in old age is a major problem that is only being exacerbated

Sadly an insurmountable barrier stands in her way. It’s called red tape. The NHS specialises in it. Maybe I should be grateful to our leaders for offering to ‘shield’ people like me. But what makes them think I want their protection? I know perfectly well that I may be stricken by the virus and it might even kill me. But it might not. And I know what I don’t want if I am stricken.

A comprehensive study in the U.S. tracking 5,700 coronavirus patients shows that barely a tenth of those put on ventilators survived. So no ventilator for me. thanks very much. And no shielding either.

That’s because I positively do not regard myself as ‘vulnerable’. True, most deaths are among older people but mostly they were already suffering from so-called ‘underlying causes’. I’m one of the lucky ones. I’ve never had a day’s serious illness in my life and I’m as fit as I’ve ever been.

Obesity is a big factor. I’m not. Someone looked at me the other day and sniffed: ‘More bloody flesh on a seagull’s lip!’ I smoked my last cigarette when I was 23, drink the occasional half of bitter, run a couple of miles every morning and do a workout in the evening.

I scarcely sit down — I’m writing this at a stand-up desk — and my only dietary indulgence is crisps. I love them. I allow myself a bag a week. Salt and vinegar obviously. I’m sure this all sounds horribly smug but the serious point I’m making is that we are all different.

I watched one of my closest friends become an alcoholic in his 30s and he suffered horribly. It scared the life out of me. And anyway I enjoy my fairly ascetic lifestyle. And I am not alone. So why should I meekly acquiesce to being told I’m going to be locked up for maybe a year for my own good?

I’m not a child. There’s only one person who can decide what is for my own good and that’s me. If a doctor gives me advice I listen carefully and then decide what to do. And I’m prepared to bet that there are a few million over70s out there who’d say the same.

My old friend David Blunkett put it well this week: ‘To urge everyone over 70 to stay indoors regardless of their health is a dangerous overreaction — the wrong thing done for the right reasons.

All it would do is divide society on grounds of age — and that is as wrong as separating people because of their race or gender.’ A n even greater scandal is that too many old people lie in our care homes, out of sight of a society for whom they have become an inconvenience.

Denying them any form of contact with those they love the most is not shielding, it’s cruelty. Who are these people who know what’s best for us and seem to think they have an inalienable right to preach at us?

Dare I suggest that for many older people life matters but quality of life matters more. What is the point of being ‘shielded’ if the days pass drearily without the very things that you live for?

A grandchild is now portrayed as a threat. But to most grandparents it is the most precious thing in their lives and they feel the absence painfully. They would willingly make a sacrifice.

We are all used to the Government mantra to ‘follow the science’. But how we live is not a matter only for scientists. It is political and it is philosophical. How we behave tells us about our national identity. What did Churchill say? ‘Fear is a reaction. Courage is a decision.’

It is bizarre that Sweden, seen as the ultimate nanny state, is now letting its people set their own rules while we presume to tell people of a certain age that they must be herded into protective custody. This is a bizarre form of Darwinism in reverse. It’s no longer the survival of the fittest.

It’s the protection of those the State deems need protecting — whether they agree or not. At the risk of sounding like those beer-bellied, rifle-bearing, Trumpworshipping protesters in the States: I will not comply.

The world offers no greater honour than the Nobel Prize. But analysis in the highly respected Journal of the Royal Society Interface shows that it is the kiss of death for many scientists.

How come? Sir Venki Ramakrishnan, president of the Royal Society and himself the winner of the 2009 Nobel prize in chemistry thinks it’s partly because the fame goes to their heads: ‘You constantly get invited to all sorts of events, and even if you say no to 99 per cent of them, it can be very distracting.’

Sir Andre Geim, winner of the 2010 Nobel prize in physics agrees. He says most have ‘recovered within a couple of years but some remain a bit mad forever’. The result is they end up researching such weird stuff as secret extra-terrestrial communications and DNA teleportation and even whether coronavirus is a bioweapon.

Which brings me to Donald Trump. He stunned the world this week by raising the possibility of dealing with coronavirus by injecting victims with bleach. They’d almost certainly die. But so would the virus. Worth the Nobel surely?