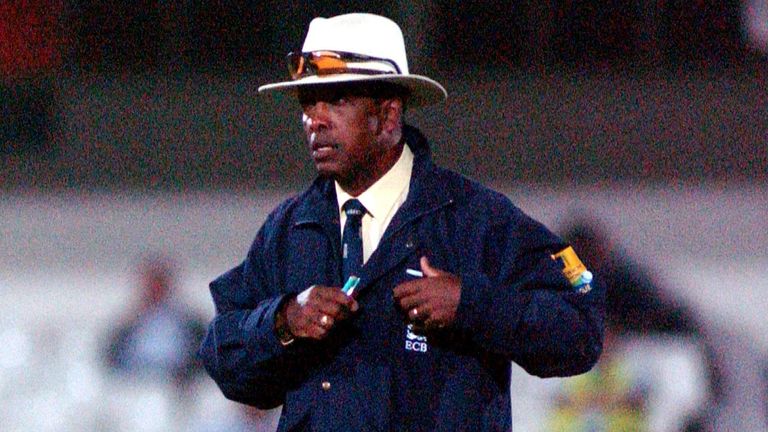 “Maybe they dismissed me because I was a black man – I don’t know. Maybe I had to be punished because I had embarrassed the England captain. I feel it’s a combination; the black man is rocking the boat.”

He’s the only black British umpire in 150 years of Test cricket.

For John Holder, that’s no coincidence.

He is taking legal action against the ECB, alleging unfair dismissal on the grounds of racial discrimination. Holder points specifically to an incident at the Oval, during the 1991 Test between England and the West Indies.

“I was standing at the Vauxhall End. The bowler at the Pavilion End – his body language suggested to me that he was doing something untoward with the ball,” Holder explains.

“I got hold of the ball and there were a dozen scratch marks on it. My colleague Merv Kitchen confirmed the ball had been tampered with.

“I approached the England captain and asked him, could he account for the state of the ball? He shrugged his shoulders and said he didn’t know why it was like that. In the match report – in the relevant column – I wrote that on the Saturday morning of the Test match, the England players had tampered with the ball. 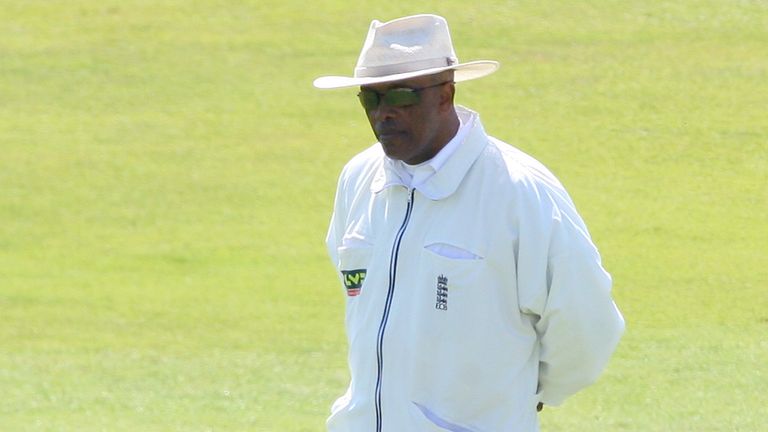 “Maybe they were dismissive because I was a black man – I don’t know. Maybe I had to be punished because I had embarrassed the England captain. I feel it’s a combination of the black man is rocking the boat.”

Holder didn’t umpire another Test match for 10 years. When that incident was later reported in the media, the TCCB (Test and County Cricket Board) – the governing body at the time – dismissed it.

“They made a statement to the effect that there was no ball-tampering and I didn’t report it,” Holder says.

“Those were two monumental lies. If I hadn’t sent that report in, I would have got a phone call from my boss asking where my match report was.”

The ECB, which was established in 1997, says it has no record of umpire reports from Test matches as far back as 1991, when responsibility rested with the TCCB.

Graham Gooch, England captain at the time, has told Sky Sports News he has no recollection of the conversation with Holder. Gooch is not being accused of racism. 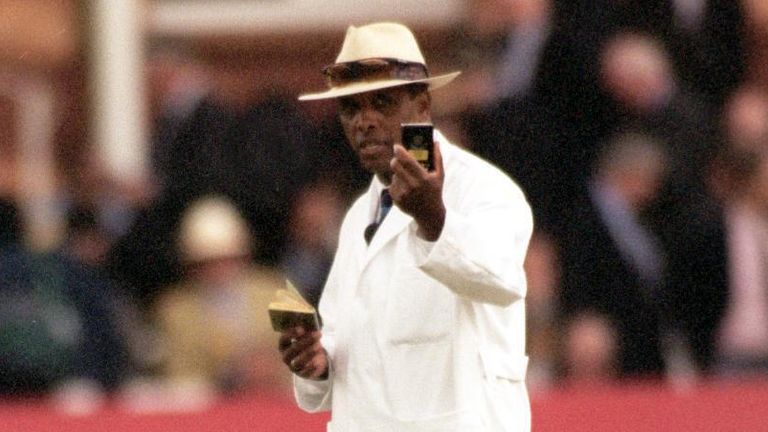 So why, 30 years later, has Holder decided to speak out now?

“I feel empowered to speak out because of the Black Lives Matter campaign,” he says.

“I saw the awful treatment of innocent black people, especially in the US. Then there was the speech from Michael Holding at the Ageas Bowl – he spoke so passionately and was brought to tears.

“What tipped it for me was the fact that I have been retired now just over 11 years and I’ve been looking for a young black umpire to come through the system – yet none.

“For over 28 years in cricket operations departments, they have not employed a non-white match-official. Only white ex-players were being taken onto the first-class panel.

“I thought, no. It’s time to make a statement.”

No date has been set for the employment tribunal. Both Holder and the ECB want to resolve the issue through mediation but cannot agree on who should lead the process.

A statement from the ECB also read: “It’s really important to us that cricket is a game that can be enjoyed and experienced equally by everyone. Whilst we have taken important strides forward over recent years, there is much more we want to do in the months ahead to deliver lasting change.

“A new anti-discrimination code will be introduced across the game ahead of the 2021 season, whilst an independent commission will examine issues relating to race and equity in cricket.”