Controversial Stoke City winger James McClean has been fined two weeks’ wages by his club and agreed to delete his Instagram account after posting an offensive picture of himself home schooling his children in a balaclava.

The image, which was accompanied by a caption that read ‘today’s school lesson – history’ and laughing emojis, was interpreted as a reference to the IRA. It drew an angry response from many people on social media.

Sportsmail exclusively revealed that McClean faced a dressing down from his club after posting the image yesterday. 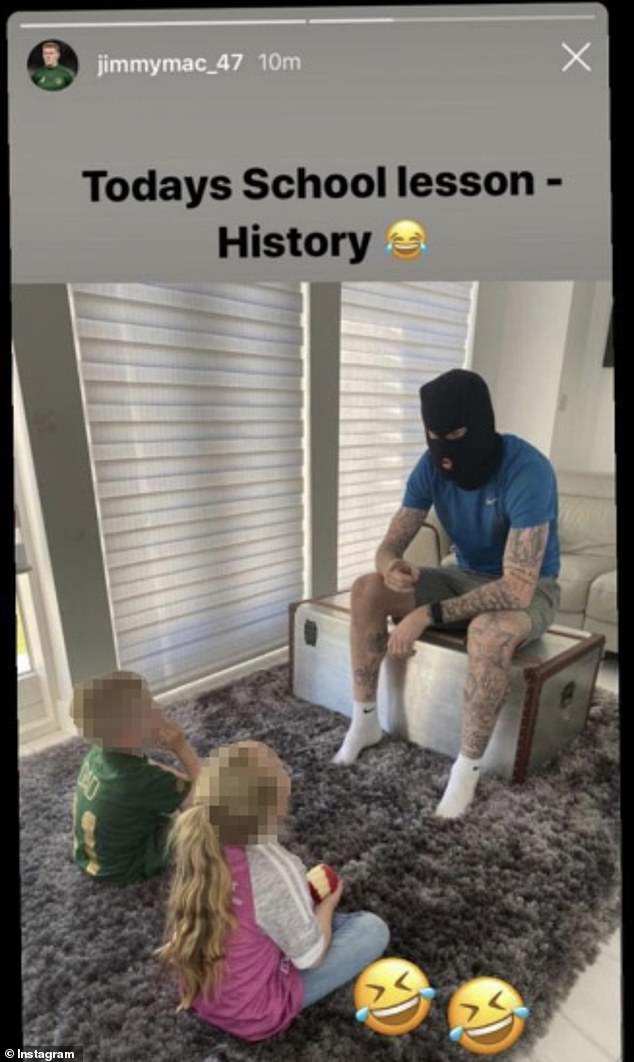 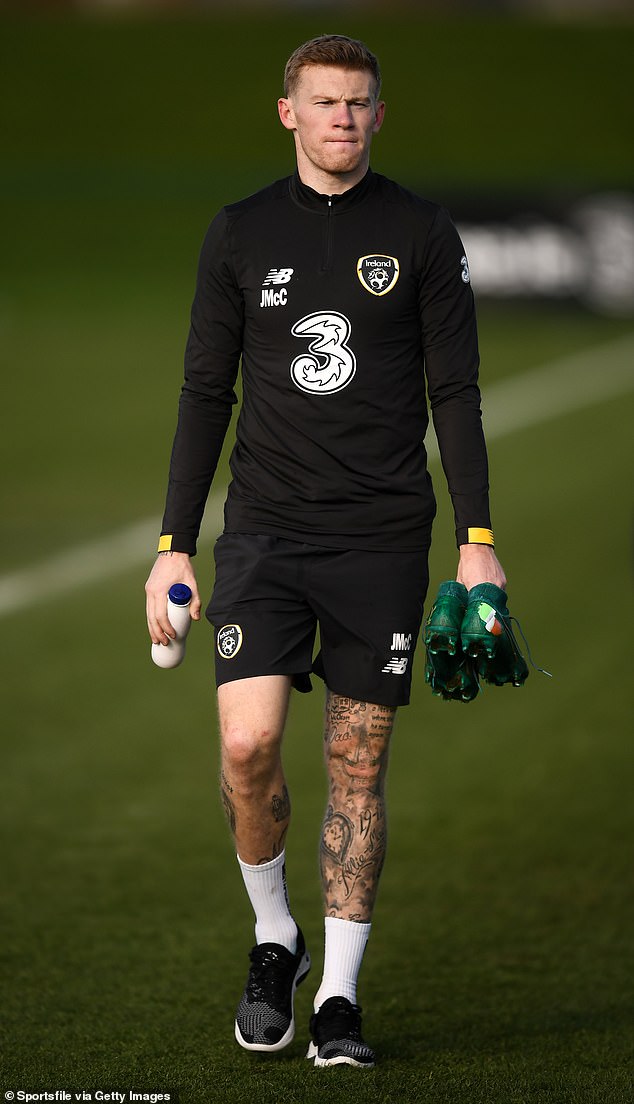 The Championship club announced that McClean had been punished over his actions, saying: ‘Stoke City can confirm that, following an internal disciplinary review, disciplinary action has been taken against James McClean for an inappropriate social media post.

‘McClean has been fined two weeks’ wages by the club and has also agreed to delete his Instagram account.

‘The player has expressed contrition and recognises that the post was ill advised and offensive.’

McClean also apologised for the photo which was taken as he taught his two young children at home during the coronavirus lockdown.

He said: ‘I never wanted to cause any offence but I now realise that I did so and for that I apologise unreservedly. I have spoken to the club and will be deleting my Instagram account.’ 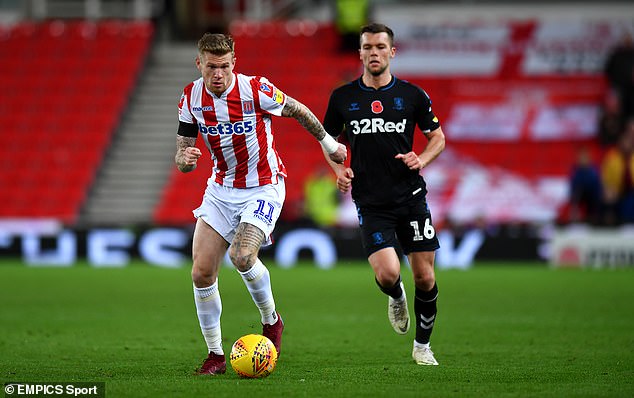 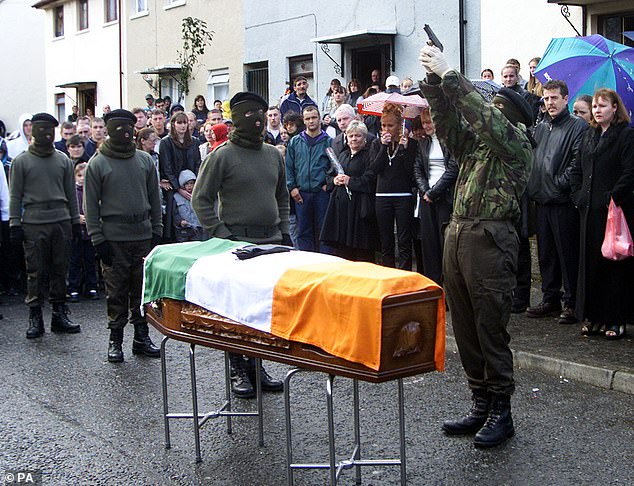 McClean appeared to be imitating members of the IRA, seen here in Belfast in the year 2000

McClean has caused controversy before over his stance on the Northern Ireland conflict and refusal to wear a remembrance poppy.

The 30-year-old Republic of Ireland winger was born in Derry and raised on the Creggan estate where six of the people killed on Bloody Sunday in 1972 came from. He describes himself as a ‘proud Fenian’.

He refuses to wear the poppy because the symbol commemorates military personnel who have died in war – and not just soldiers who lost their lives in the First and Second World Wars.

Explaining himself previously, he said: ‘If the poppy was simply about World War One and Two victims alone, I’d wear it without a problem.

‘I would wear it every day of the year if that was the thing but it doesn’t. It stands for all the conflicts that Britain has been involved in. Because of the history where I come from in Derry, I cannot wear something that represents that.’