The use of non-disclosure agreements that have silenced sexual assault victims and perpetuated a culture of cover-up in workplaces will be reviewed as part of the Victorian government’s wide-ranging investigation into preventing sexual harassment at work. 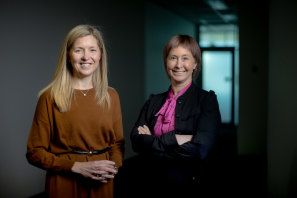 “I think we need to think very carefully about whether non-disclosure agreements have done more harm than good,” Ms Sanger said.

“One of the things we’re very interested in, as we think about how we drive a culture of prevention, is how much of that is informed by transparency.

“Victims signed up to non-disclosure agreements are unable to tell the story, and so the next person who suffers and the next one and the next one doesn’t have any knowledge or information they can rely on as they try to bring their complaint forward and seek to be believed.”

Non-disclosure agreements are a legal contract that ban the parties from discussing the matters.

The controversial use of non-disclosure agreements in sexual harassment cases was brought to global attention in the Harvey Weinstein case, leading to the #MeToo movement, in which journalist Ronan Farrow uncovered a string of allegations against Weinstein (and other high-profile media personalities). Victims were effectively silenced because they signed confidentiality clauses.

“It’s become so much of custom and practice that we don’t look any more to see whether we really are securing a meaningful extra amount, and we’ve all got a responsibility as lawyers to think about what’s in the best interest of our clients, and let them know they might want to talk about this in 12 months, 24 months, three years,” Ms Sanger said.

“At the moment, it’s all silent and secret.”

The use of non-disclosure agreements also prevents authorities being able to gather meaningful data on the rate of sexual harassment and assault in the workplace, Ms Sanger said.

“At the moment, it’s all silent and secret. So I have a challenge for the legal profession to think about whether non-disclosure agreements are actually helping to secure a resolution of any individual matter, or are they just becoming something we’re all used to?” 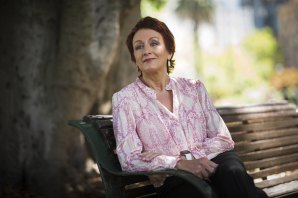 She said organisations should not immediately resort to confidentiality agreements to settle sexual harassment allegations, and each time they use it they should be asking themselves whether they are covering up systemic problems.

“There may be some value in non-disclosure agreements in limited circumstances, particularly if the victim of sexual harassment wants an NDA,” Dr Vincent said.

“However, the conditions you’ve just described [Weinstein and the Royal Commission into Institutional Responses to Child Sexual Abuse] are unethical uses of non-disclosure agreements to protect the organisation from public accountability and scrutiny, and to isolate victims. And in some cases, it inadvertently allows perpetrators to continue to perpetrate harm.”