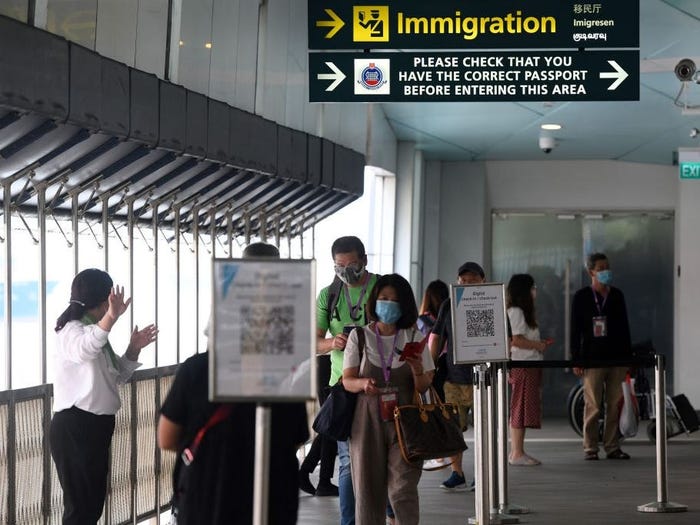 The coronavirus pandemic has hit the travel industry hard and left people around the world starved for a getaway.

From flights to nowhere to fake plane trips complete with boarding, some companies are coming up with innovative ways to give people a taste of going on vacation.

"Cruises to nowhere" are the latest such effort. These are trips on cruise ships that start and end in the same destination, with no stops in between.

On November 6, hundreds of passengers set sail on one such trip, dubbed the "Super Seacation" on the World Dream ship. It was part of a "safe cruise" pilot program, which stipulates that ships can only set sail at half capacity, and are open only to Singapore residents, according to the Straits Times.

Going forward, three and four-day cruises to nowhere on the World Dream will be offered regularly, according to a press release by Dream Cruises.

Representatives for Dream Cruises did not respond to Insider's request for further information about the trip and any new safety protocols.

Keep reading to see what the two-night voyage was like.

"Super Seacation" on the World Dream ship set sail from Singapore on November 6. It made no stops and returned to port two days later. 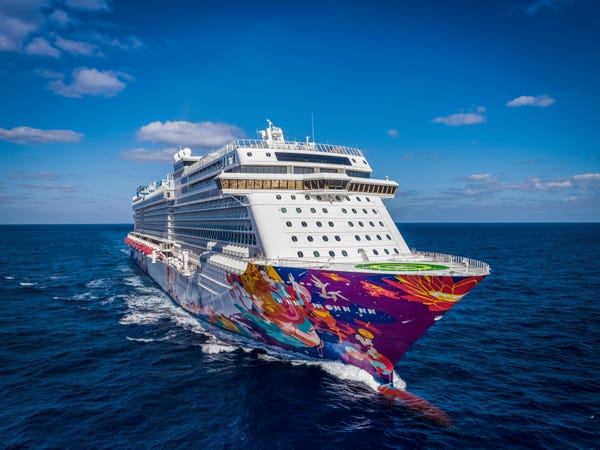 It was the first cruise ship to launch in Singapore since the Centers for Disease Control and Prevention's no-sail order in March. It was approved by the Singapore Tourism Board, according to the Straits Times, and only Singapore residents were allowed to go.

On October 29, the CDC changed the original March order to "conditional sailing," meaning that cruises can accept passengers once they've made significant improvements to their health and safety measures. (Many companies and governments chose to voluntarily renew the ban until December 31, 2020, as they figure out these new protocols.)

The World Dream can typically sleep 3,400 passengers, but sailed at half capacity for its first "cruise to nowhere." 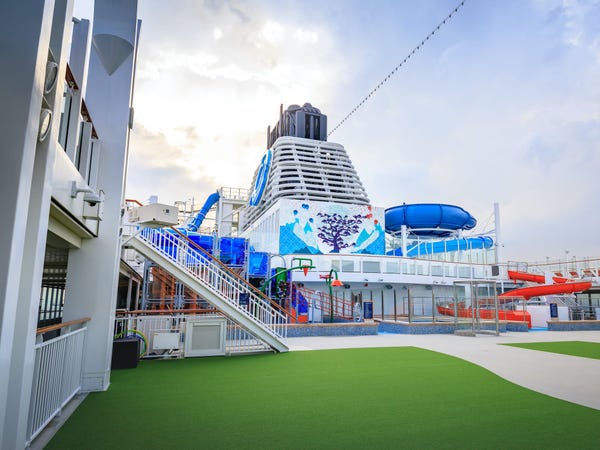 Dream Cruises says World Dream is a 1,099-foot, 18-deck ship with 35 restaurants and bars, a spa, a theater, six waterslides, a zip line, a rock-climbing wall, mini-golf, and karaoke rooms, among other things.

Passengers were assigned time slots for boarding to avoid overcrowding at check-in. 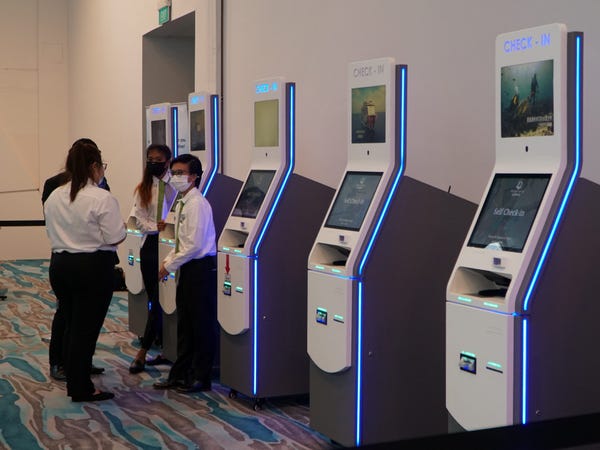 But before they could board the ship, passengers were first required to take a mandatory COVID-19 test. 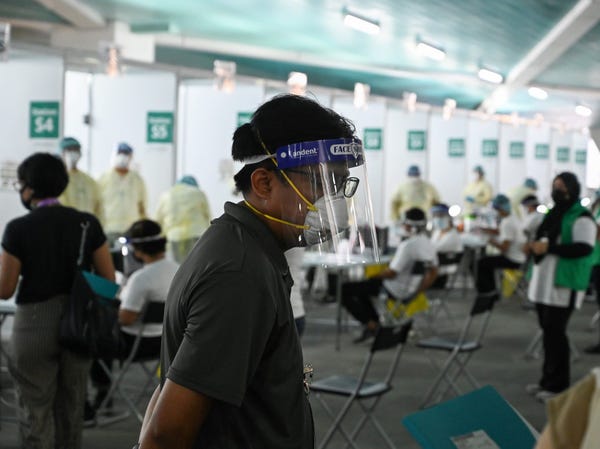 According to the Straights Times, passengers had their results in as little as 20 minutes. 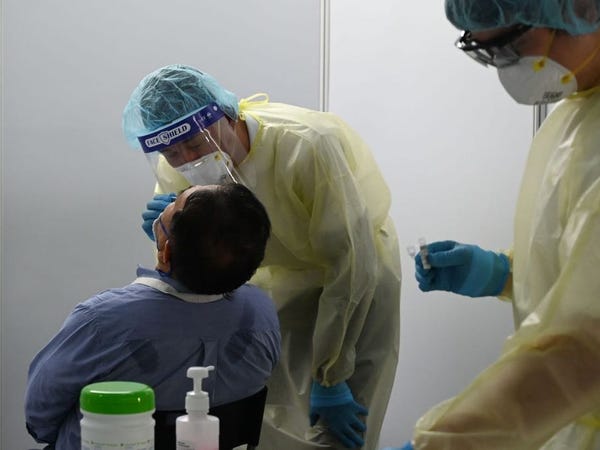 Onboard, the ship also has a clinic that's equipped to produce virus test results in an hour, according to the South China Morning Post. 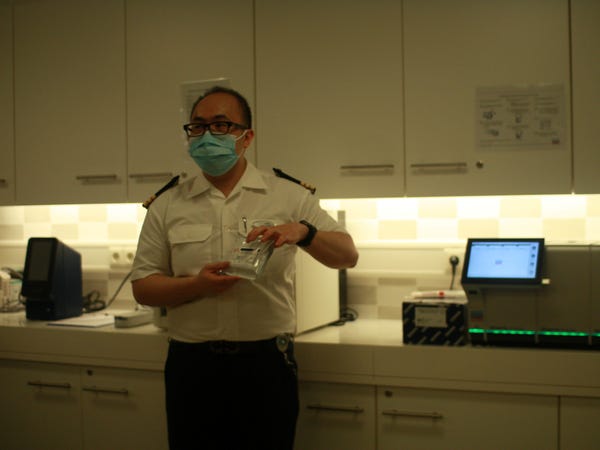 In addition, the ship is outfitted with an intensive care unit in case someone does contract the coronavirus. 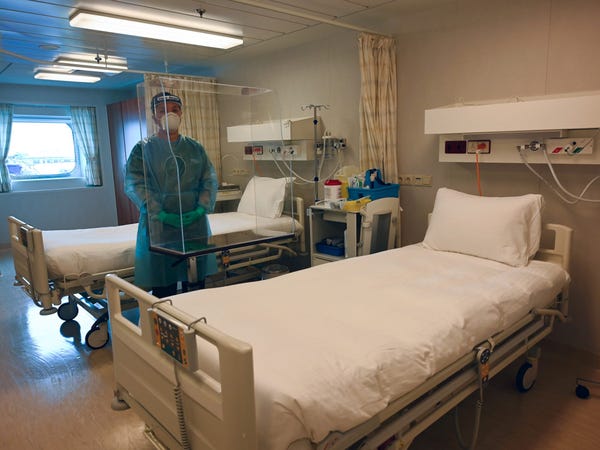 After their COVID-19 tests, guests were able to board the ship, but were required to socially distance and wear masks. 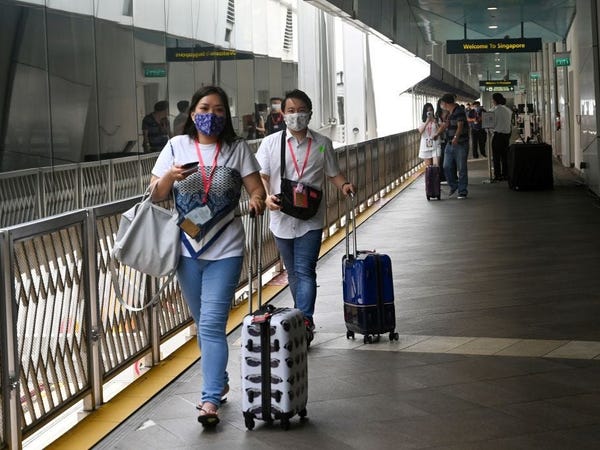 No-touch hand washing stations were installed all over the ship, buffets were eliminated, and there were daily health checks on board, according to Cruise Hive.

Dream cruises also said there was "100% fresh air ventilation in guest and crew cabins, as well as public spaces."

In addition to wearing masks and staying away from other guests, passengers also carried an electronic contact tracing device. 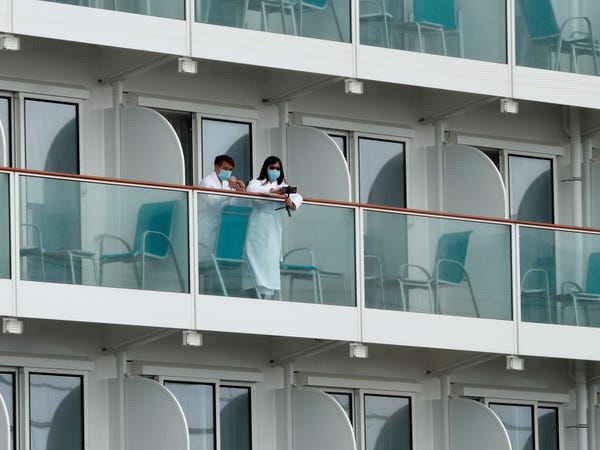 There were capacity limits on all activities. The pool, for example, only allowed 26 people at a time. 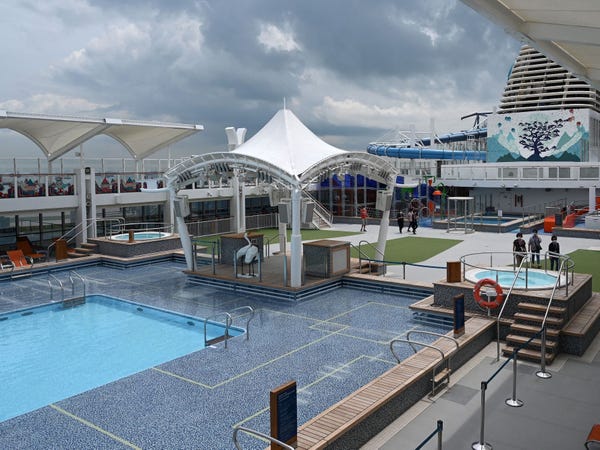 Tables and chairs were also kept spread apart and guests pre-registered for everything, according to the South China Morning Post.

The ship's exercise classes were also at reduced capacity and enforced social distancing, according to the cruise line.

Still, the ship didn't skimp on entertainment. There was a laser show called the "Vitamin Sea & Dream," which is the only laser show at sea in Asia, according to Dream Cruises. 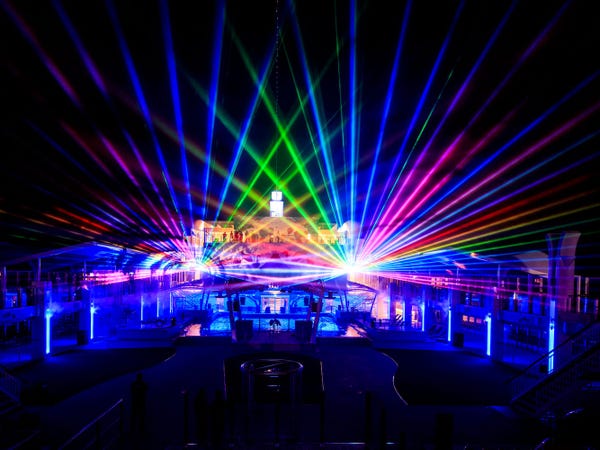 The cruise was Christmas themed, with Santa and his helpers making appearances as well as a "Verry Christmas" musical production. 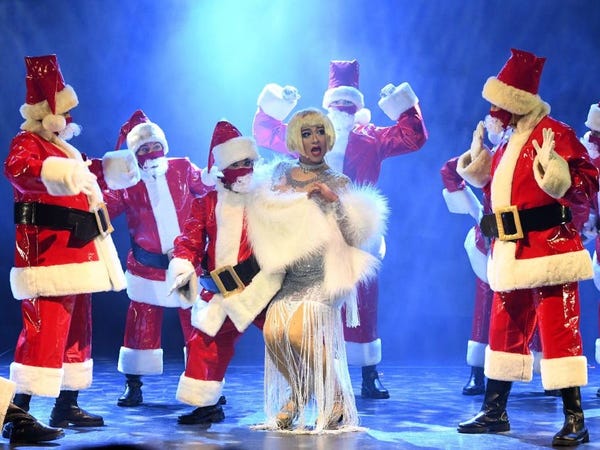 Crew members had to take a series of COVID-19 tests before the arrival of passengers and quarantined for 14 days on the ship before the voyage. 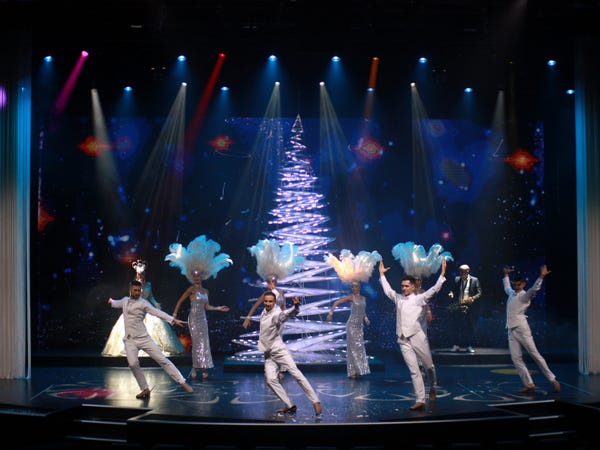 While there were no reports of COVID-19 outbreaks onboard the "Super Seacation," other cruises have not been so lucky. 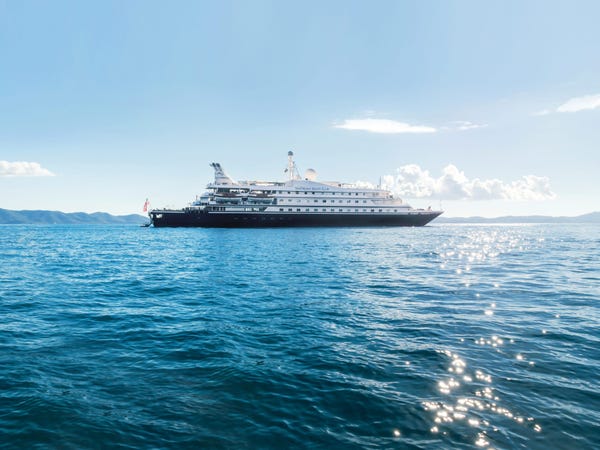 The first cruise ship to resume sailing in the Caribbean had passengers test positive for COVID-19, despite having been required to test negative within 72 hours of sailing, and again at boarding, according to USA Today.

The trip was cut short.

Cruise ships see infectious disease outbreaks relatively often due to their isolated environment and prolonged close contact between travelers and crew, according to the Centers for Disease Control and Prevention (CDC). 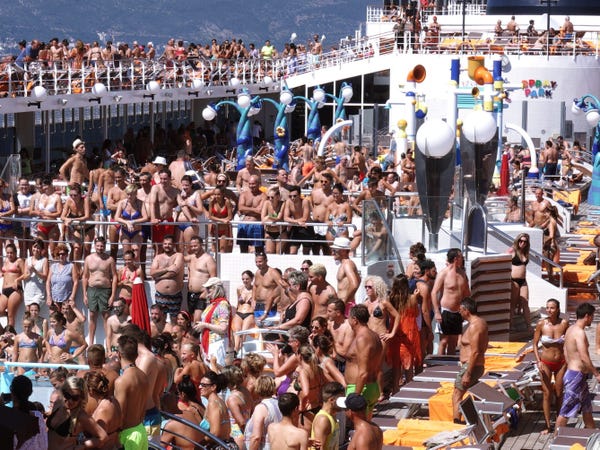 According to the Miami Herald, as of November 10, there have been 3,908 cases of the coronavirus and 111 related deaths across 87 vessels.

The CDC had a no-sail order from March 14 to October 29, 2020. It now requires a phased approach to resuming operations, with the implementation of new health and safety measures, as well as on-board labs.