Victorian Premier Daniel Andrews says improving access to childcare to boost women’s participation in the workforce is the most important topic of the federal government’s two-day jobs and skills summit. 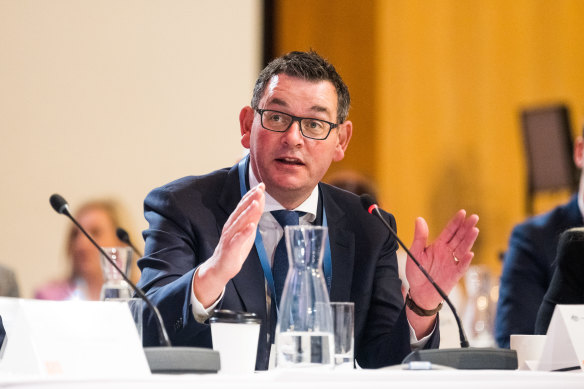 Women’s workforce participation will be central to discussions at the two-day summit, which has brought together more than 140 business leaders, unions and interest groups in Canberra.

While the federal government has committed to expanding cheaper childcare from July 1 next year, it has so far resisted pressure to bring forward the subsidies.

Andrews said 26,600 women in Victoria alone were locked out of the workforce because of a lack of access to childcare, which cost the state economy $1.5 billion a year. The number of women working reduced hours was even greater, he said.

“Better early childhood education, dealing with childcare deserts, making childcare work for working families, has never been more important – not just because it’s the right thing to do, but it’s the smart thing to do,” the premier said. 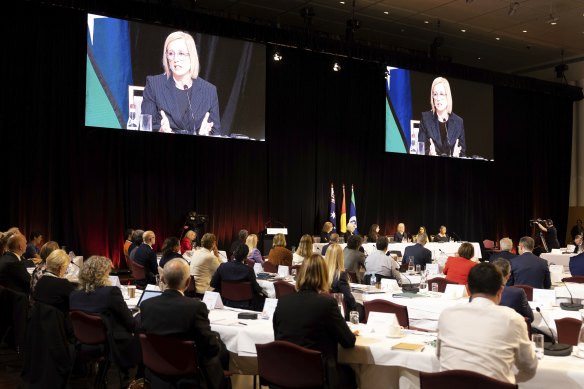 “There’s probably no greater economic opportunity for us as a nation in getting this right.”

Minister for Finance and Women Katy Gallagher said the government “furiously agrees” that women’s economic equality needed to be addressed, and had started some of that work including by introducing paid domestic violence leave and its childcare plans.

“Over the next two days, in every discussion and for every solution, we should be looking at how we unlock the talent and potential of Australian women and remove barriers for all of them,” she said.

“There’s a big opportunity, lots of challenges, but I also think we just have to get cracking on it, so thanks very much everyone for participating.”

Treasurer Jim Chalmers has said there have been discussions about starting the policy earlier than July 1, but despite the boost to the economy, it would also put immediate pressure on the budget.

“There is a massive multiplier effect investing in childcare. But the way that the budget rules are set up mean that we account for the cost, but not for the benefit,” he said.

Alison Kitchen, national chairwoman of KPMG Australia, said KPMG was one of the many voices calling for the government’s paid parental leave scheme to be extended to 26 weeks to help boost women’s participation.

“We are not taking full advantage of women’s economic contributions to work,” she said.

“We shouldn’t be frightened of change. We should just get on with it,” she said.

Sam Mostyn, president of Chief Executive Women and newly announced head the government’s Women’s Economic Equality Taskforce, noted there were links between sexual violence and women’s workforce participation. She said the recommendations in the [email protected] report on workplace sexual harassment should be a foundation for improving workplace culture.

Sex Discrimination Commissioner Kate Jenkins said the discussions about safety and respect in workplaces had given her chills as well as “hope and optimism” that change would happen.

“We’re not having to argue why we need more women in the workplace,” she said.

Cut through the noise of federal politics with news, views and expert analysis from Jacqueline Maley. Subscribers can sign up to our weekly Inside Politics newsletter here.