Not being able to hug the Queen was the hardest part of Prince Philip’s funeral, says her grandson Peter Phillips.

Due to COVID-19 restrictions, Prince Philip’s funeral had to be conducted with social distancing protocols in place, which meant that Queen Elizabeth was forced to sit alone for the service.

“Our thoughts immediately went to my grandmother,” Phillips, 43, told the BBC. “We’ve been trying to support her as much as we can. Everybody saw the image of Her Majesty sitting alone. It would have been the same for any other family; the hardest part is not being able to hug those closest to the person who’s been lost.”

“It’s the same for a lot of families,” he continued. “There have been some great sadnesses but at the same time you’ve got to try to take the positives out of these situations, whether that be new life or happy memories — that’s what you’ve got to focus on.”

Phillips is the eldest grandchild of the Queen and the only son of Princess Anne and her first husband, Captain Mark Phillips.

He did note one upside to the pandemic: His children with ex-wife Autumn Phillips — Savannah, 10, and Isla, 9 — have gotten to spend more time with their great-grandmother, who recently turned 95. 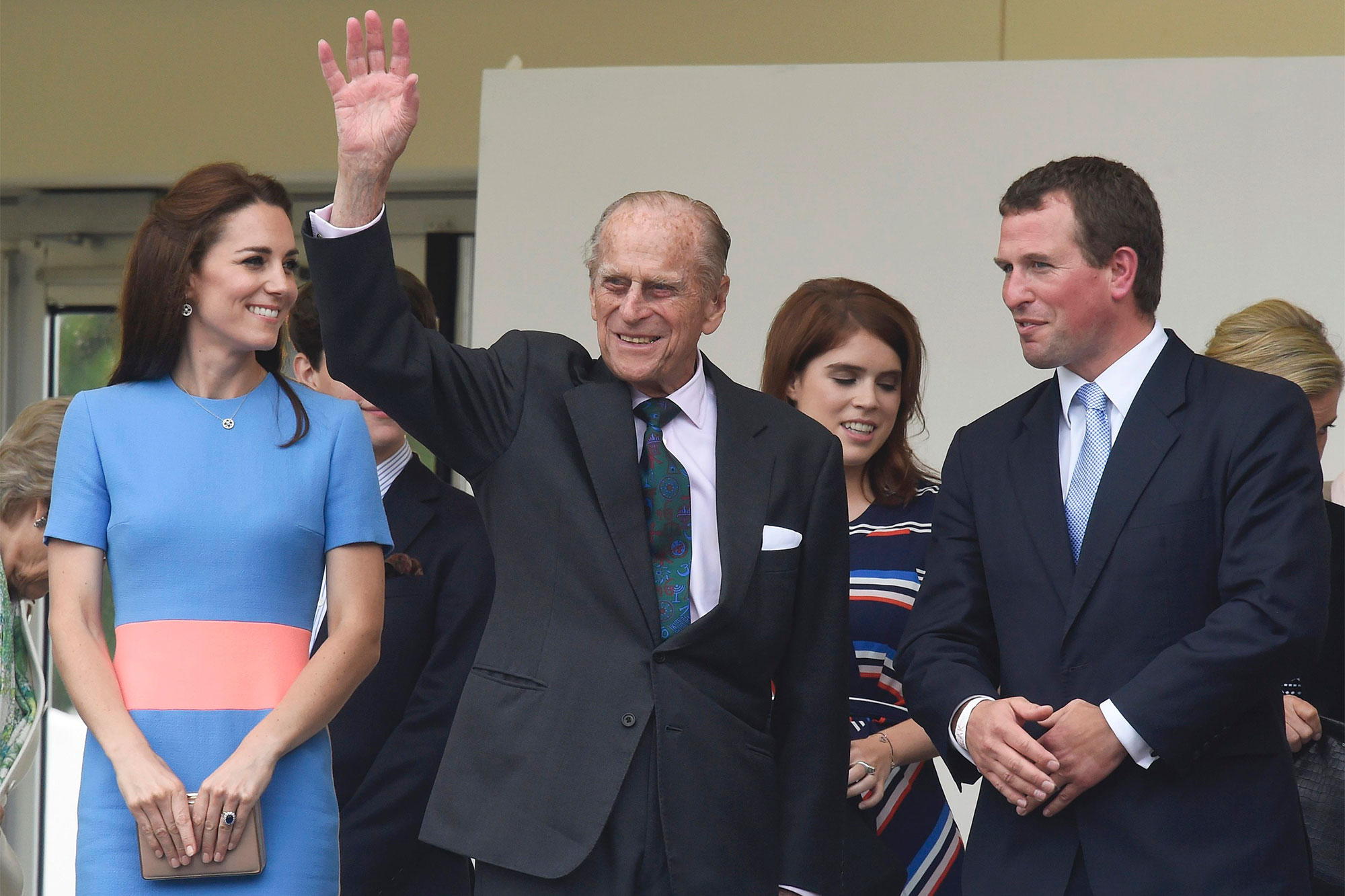 “They’re exceptionally lucky to have had two great-grandparents who have lived as long as they have. My children certainly appreciate that and know that it’s something special,” he said.

Phillips said that his grandfather, who passed away at the age of 99, “lived a remarkable life and if any of us can even live half the life that he did, we would all be extraordinarily happy.”

He also added that his grandfather — “a hugely influential figure in our lives” — would not want his family “moping around.”

“He would absolutely be wanting us to carry on in continuing the work that he’s been doing, well, he did, for all of those years supporting the Queen,” he said.