The Colorado-based company issued a voluntary recall of 20 lots of Adam’s Polishes Hand Sanitizer to the consumer level in "an abundance of caution" after the FDA found one lot had contained undeclared methanol, according to the warning notice posted by the U.S. Food and Drug Administration (FDA).

The company has not received any reports of illnesses or injuries related to the recalled product.

The FDA has been warning consumers and retailers since the early days of the pandemic, when sanitizing products were in high demand, that methanol is "not an acceptable ingredient for hand sanitizers and must not be used due to its toxic effects."

Earlier this year, Best Brands Consumer Products recalled two lots of Disney-brand hand sanitizers due to the presence of benzene and methanol.

DISNEY HAND SANITIZERS RECALLED DUE TO BENZENE AND METHANOL PRESENCE 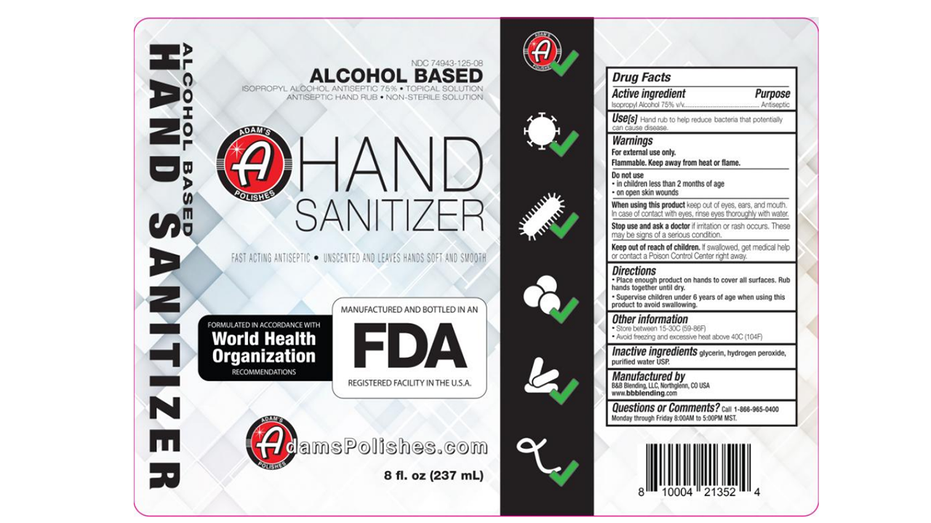 Methanol is a substance that can be toxic when absorbed through the skin or ingested and can be life-threatening when ingested, according to the FDA.

The company also warned in its voluntary recall that consumer who "accidently ingest (drink) these products are at risk for methanol poisoning" and can go into a coma, have seizures, permanent blindness, permanent damage to the central nervous system, or die."

The recalled hand sanitizer had been packaged in 4-oz., 8-oz. 16-oz., and 1-gallon bottles, which were distributed nationwide and available online from June 2020 through March 2022.

Consumers can email an image of their bottle to Adam’s Polishes to request a credit.