Mya-Rose, who last year aged 17 became the youngest person to see 5,000 bird species or half the world’s total, is supporting our drive to transform Horse Common in the New Forest. Also last year Mya-Rose, a British-Bangladeshi, became the youngest Briton to be awarded an Honorary Doctorate of Science for her campaigning. Now 18, the youngster, has founded Black2Nature, a campaign to get young minority ethnic people out in nature.

Mya-Rose, who has built up a large social media following as Birdgirl, said: “I support the Daily Express and Dale Vince in their fund-raising appeal with the RSPB to buy Horse Common in the New Forest.

“The campaign is extremely important as it will buy and restore Horse Common to its former glory.

“This will bring back bird species that have been pushed out including providing homes to endangered species such as nightjar and spotted flycatcher.

“Both are rare in the UK due to a lack of sustainable habitat and suitable food. Restoring habitat brings back a large range of biodiversity, and restores the natural cycle within the forest.”

The campaigner added: “Nature and being outdoors is so important for positive mental health, especially during lockdown, and is helping millions.” 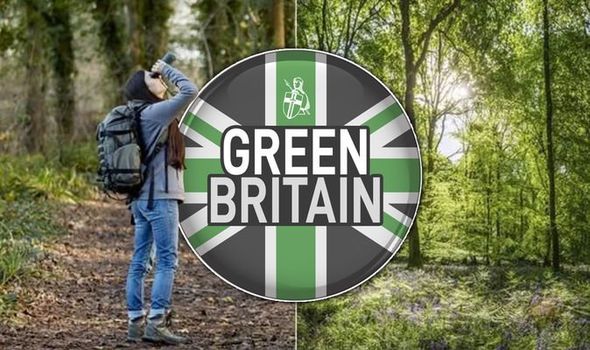 The Express has teamed up with eco-entrepreneur Dale to launch an appeal to help the RSPB buy a corner of William the Conqueror’s most famous hunting forest to help species such as nightingales, spotted flycatchers and nightjars.

Horse Common, 91 acres on the northern edge of the forest, is available for £450,000 and Dale has helped launch the campaign by donating £5,000.

If we can raise about £90,000 we could unlock support from other donors to buy this old estate, dominated by pine plantations.

This would let the RSPB begin the process of rewilding and restoring Horse Common to mixed woodland, sandy heathland and watery mires or marshes.

These will make it a haven for endangered birds such as the lesser spotted woodpecker and willow tit, as well as creatures from adders and newts to butterflies such as the silver-studded blue.

The RSPB wants to rewet the area to recreate the mires or marshes which once were an integral part of the New Forest. 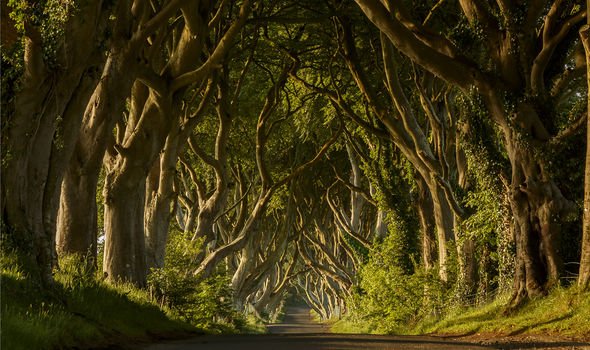 Our plans will help link it to Loosehanger Copse Site of Special Scientific Interest and Langley Wood National Nature Reserve to the north and the New Forest SSSI to the south.

The Daily Express appeal is part of our Green Britain Needs You campaign which seeks to encourage the Government, businesses and readers to become more environmentally friendly.

We want Boris Johnson to show world leadership on the environment in the run-up to the G7 summit of major industrial nations in Cornwall in June and the Cop 26 climate change summit in Glasgow in November.

But we also feel that as a result of Covid the nation values nature far more than previously.

Helping to Buy Horse Common is a way to create a precious haven for our wildlife. 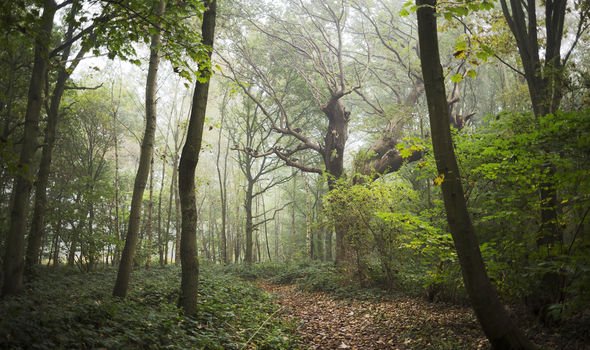 Readers can make a one-off donation or can provide the RSPB with regular funds by switching to an Ecotalk + RSPB phone sim card.

This will give the RSPB donations every month for as long as you remain a customer.

All profits go to the RSPB to help fund the appeal.

He said: “I am asking you to join us in raising money for this important project to create a new | permanent haven for wildlife. Let’s face it – our birds, butterflies, mammals and plants need all the help they can get.This is our chance to help them.”

The campaign to buy Horse Common comes with the UK’s wildlife in serious trouble.

Wildlife groups’ State of Nature 2019 report said about 15 percent of our species are threatened with extinction and 41 percent – including yellowhammers and song thrushes – have suffered population declines since 1970.

RSPB boss Beccy Speight said: “Old woods are good woods for nature, because they provide such a rich and complex habitat.

“Nature occurs there in abundance. Once, the UK was largely covered in woodland. Now ancient woodland covers only 1.2 percent of the UK.”

Britain has also lost about 80 percent of its heathland since 1800.

But the RSPB hopes to restore the heathland at Horse Common just as it has at RSPB Arne in Dorset and RSPB Farnham Heath in Surrey.

RSPB volunteer Matt Pringle, 51, who has spent many hours at Horse Common, urged readers to back the campaign.

The retired policeman from near Southampton called it a chance to “leave the world in a slightly better place than we found it”.

I very much back the Daily Express Green Britain Needs You campaign.

We are in a climate and ecological emergency. We are fighting for every last scrap of wildlife because we need it.

Our scientists, who we can trust, have told us we have a very short time to sort this problem out.

And in the run-up to the COP26 climate change summit in Glasgow in November, we will be very much in the spotlight. But the situation is far from hopeless. We have the means to solve these problems. 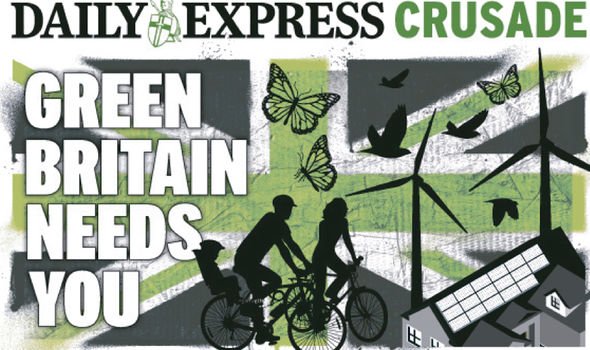 There are plenty of policies – such as HS2 which threatens ancient woodland, and the proposed Cumbrian coal mine – which urgently need to be reconsidered.

What we need is significant investment in a serious green economy to create jobs and a sustainable future for everyone in this country. It can be done.

It just needs vision and bravery from politicians to invest in that green economy and recognise their responsibility for looking after not just wildlife, but people too.

The time has come for our politicians to step up to the plate and lead the world in protecting the planet.