Former New York City Mayor Rudy Giuliani criticized Gov. Andrew Cuomo and other elected officials in Democratic cities for high crime spikes and their alleged lax policies on controversial topics, such as the release of convicted criminals, in the wake of recent news that a 1971 cop-killer was granted parole.

Giuliani, who now serves as President Trump’s personal attorney, spoke to FOX Business’ Maria Bartiromo on Tuesday morning when he previewed what he expected to be a topic of discussion for Democratic presidential nominee Joe Biden ahead of the first debate: the surge in crime that has swept parts of the nation, including New York and Chicago. 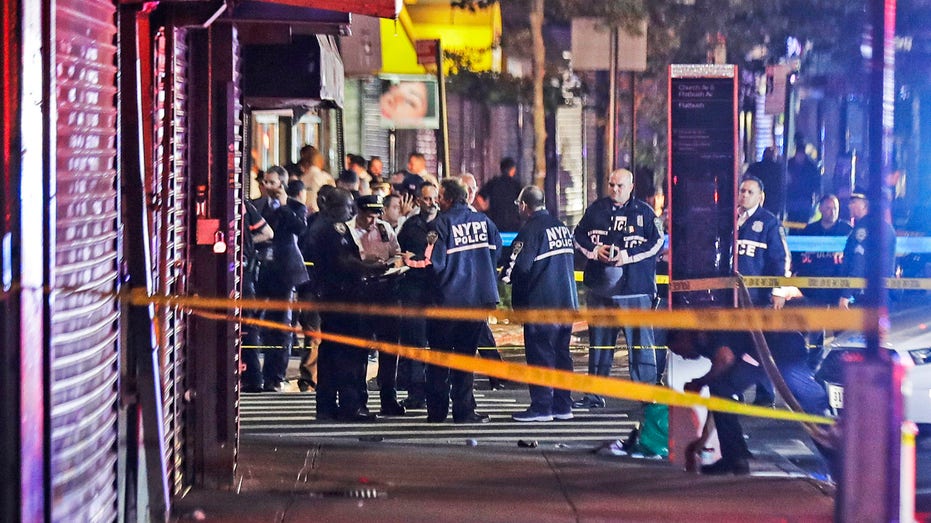 New York City police officers gather early Thursday, June 4, 2020, near the site of a shooting the night before in the Brooklyn borough of New York. (AP Photo/Frank Franklin II)

“Biden is going to try to say crime went up under Trump,” he said with a laugh during a segment on “Mornings with Maria.” “Crime doesn’t go up or down under a president. Mayors and governors are responsible for law enforcement – we don’t have a federal police force.”

Giuliani added: “Nobody every blamed President Clinton for crime when I was mayor.”

He later stressed that Trump needed to “make it really clear” that the rise in crimes “is on the shoulders of Democrat policies.”

Giuliani, a Republican who ran the city from 1994 to 2001, was asked about the New York State Parole Board’s decision to approve the release of Anthony Bottom after more than four decades in prison for the ambush slayings of New York City police officers Waverly Jones and Joseph Piagentini.

On Tuesday, Giuliani said Bottom was being released “based on new guidelines that Cuomo put into effect.” 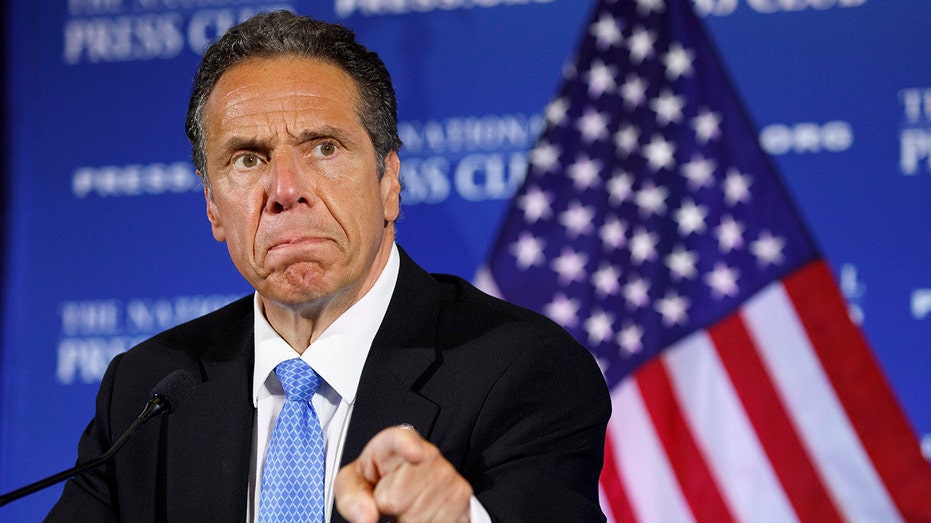 “In other words, this was done to help criminals,” he said.

Bottom, 68, was a member of a violent offshoot of the Black Panther Party called the Black Liberation Army. The group sanctioned symbolic killings of police officers, regardless of their race, in New York and California, and robbed banks to finance its activities, authorities have said.

Jones and Piagentini were shot multiple times after responding to a report of a domestic dispute at a Harlem public housing complex on May 21, 1971. Prosecutors said at that time that it was a trap set by Bottom and a co-defendant, Herman Bell. Both were sentenced to 25 years to life in prison.

Bell was released from prison in 2018. Meanwhile, Bottom is slated to be freed on or before Oct. 20.