George and Amal Clooney looked more in love than ever over the weekend.

The couple packed on the PDA – at one point kissing in front of cameras – while walking the red carpet for “The Tender Bar” premiere at the 65th BFI London Film Festival on Sunday. 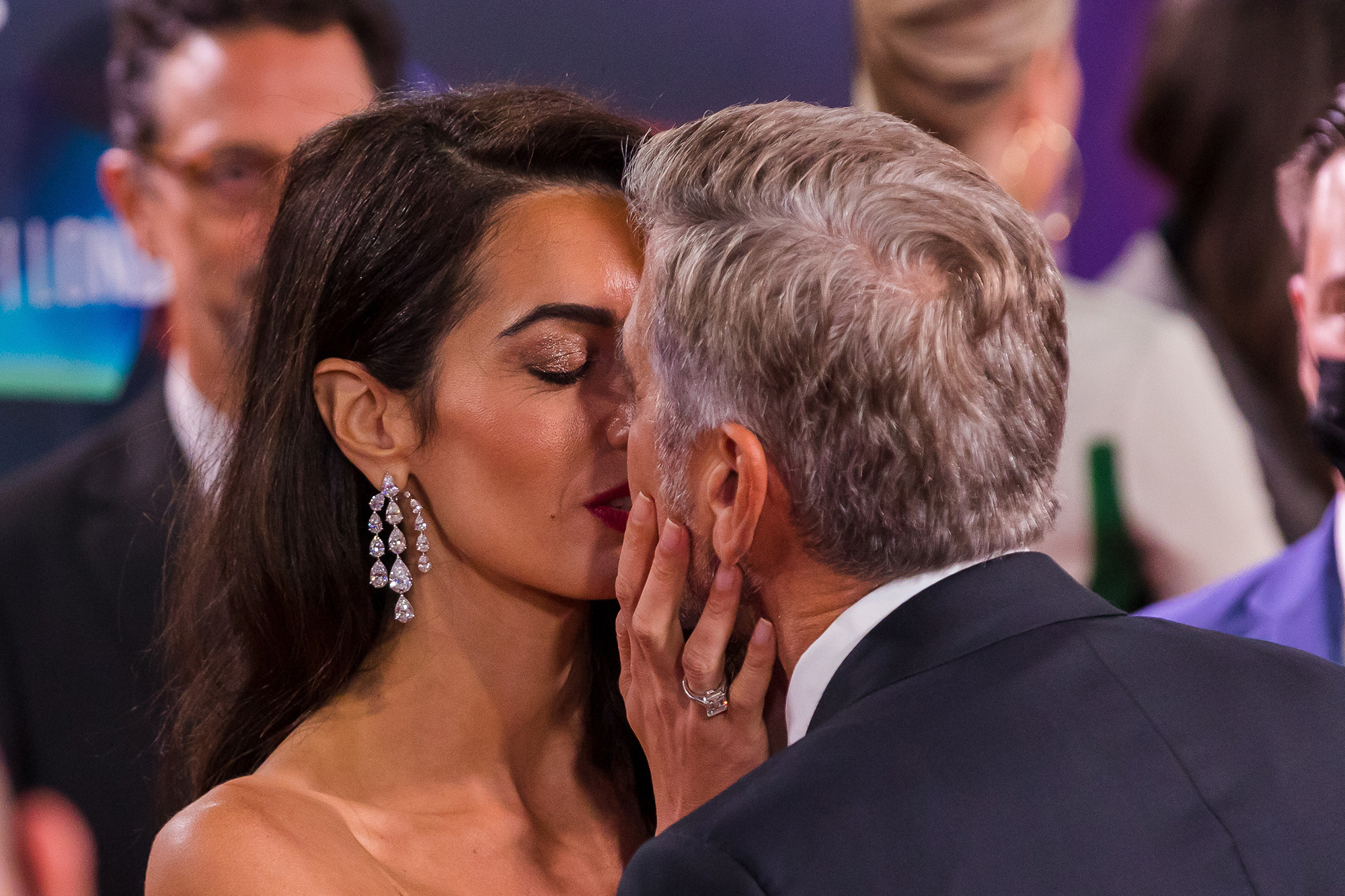 George looked dapper in a dark black suit and tie while Amal, 43, stunned in a white sequin gown with feathers.

She kept the rest of her look fairly simple for the occasion, channeling Old Hollywood glamour with her red lip and gorgeous bouncy waves. 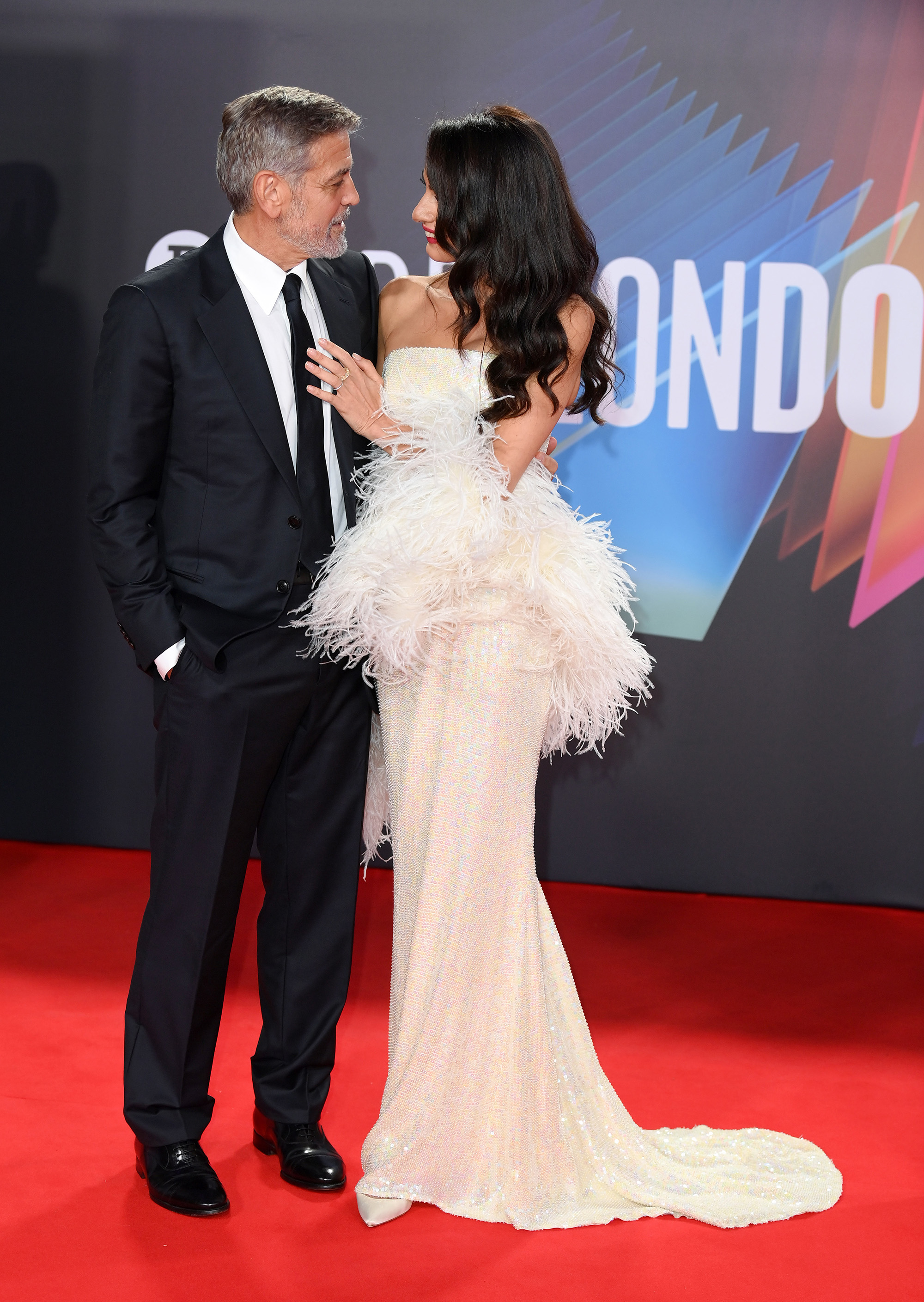 The outing comes just months after the actor and the barrister were spotted having a romantic date night in Lake Como, Italy, with Amal’s sister, Tala Alamuddin, and mother, Baria Alamuddin.

The Clooneys married in 2014 and welcomed their twins, Alexander and Ella, in 2017. 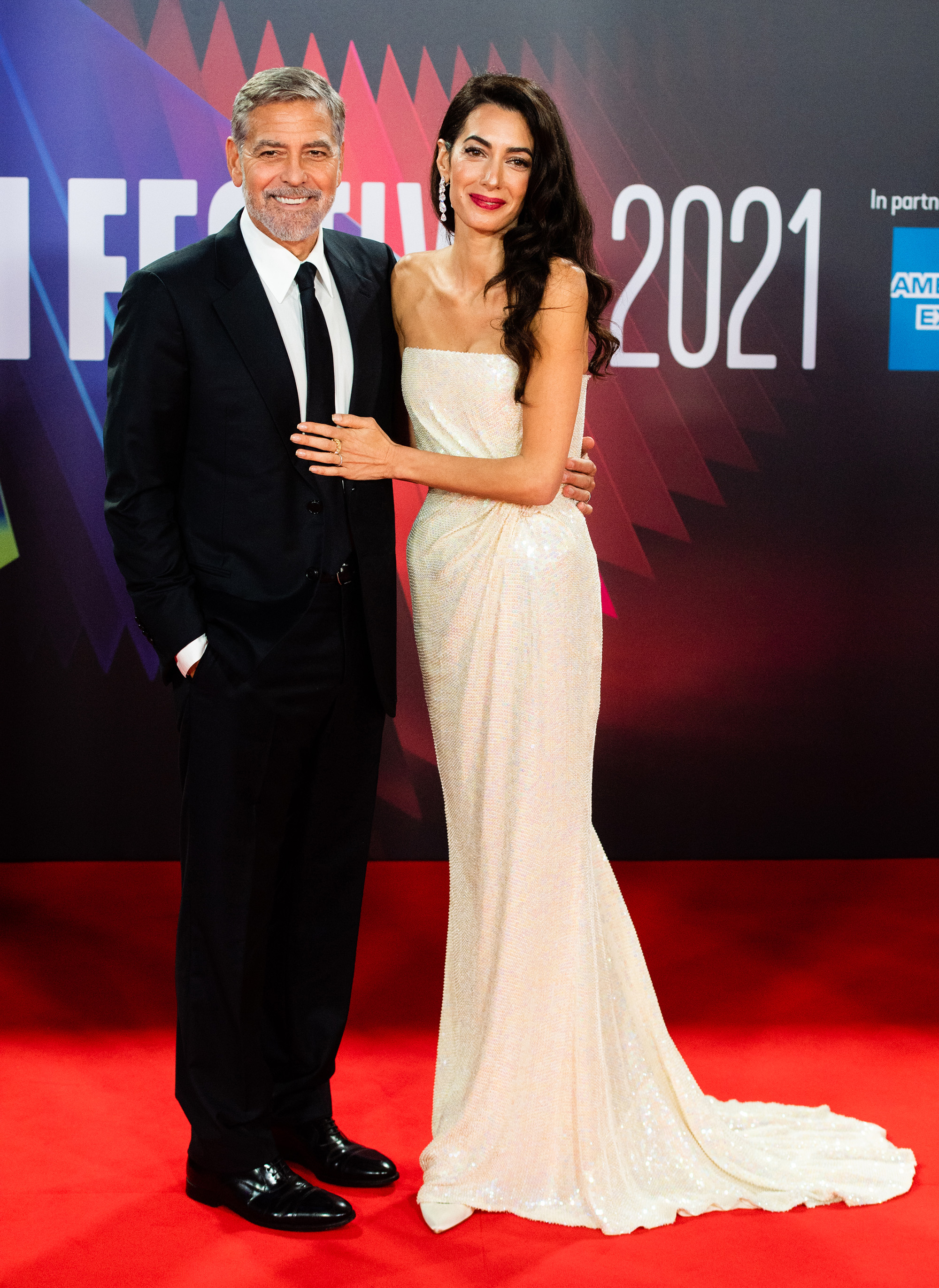 Amal revealed earlier this month that their 4-year-olds have learned how to prank the Golden Globe winner — with his help, of course! — during their time in quarantine.

“He’s mainly teaching pranks for the time being. But we’ll see if it develops,” Amal told “Entertainment Tonight” in a rare interview. 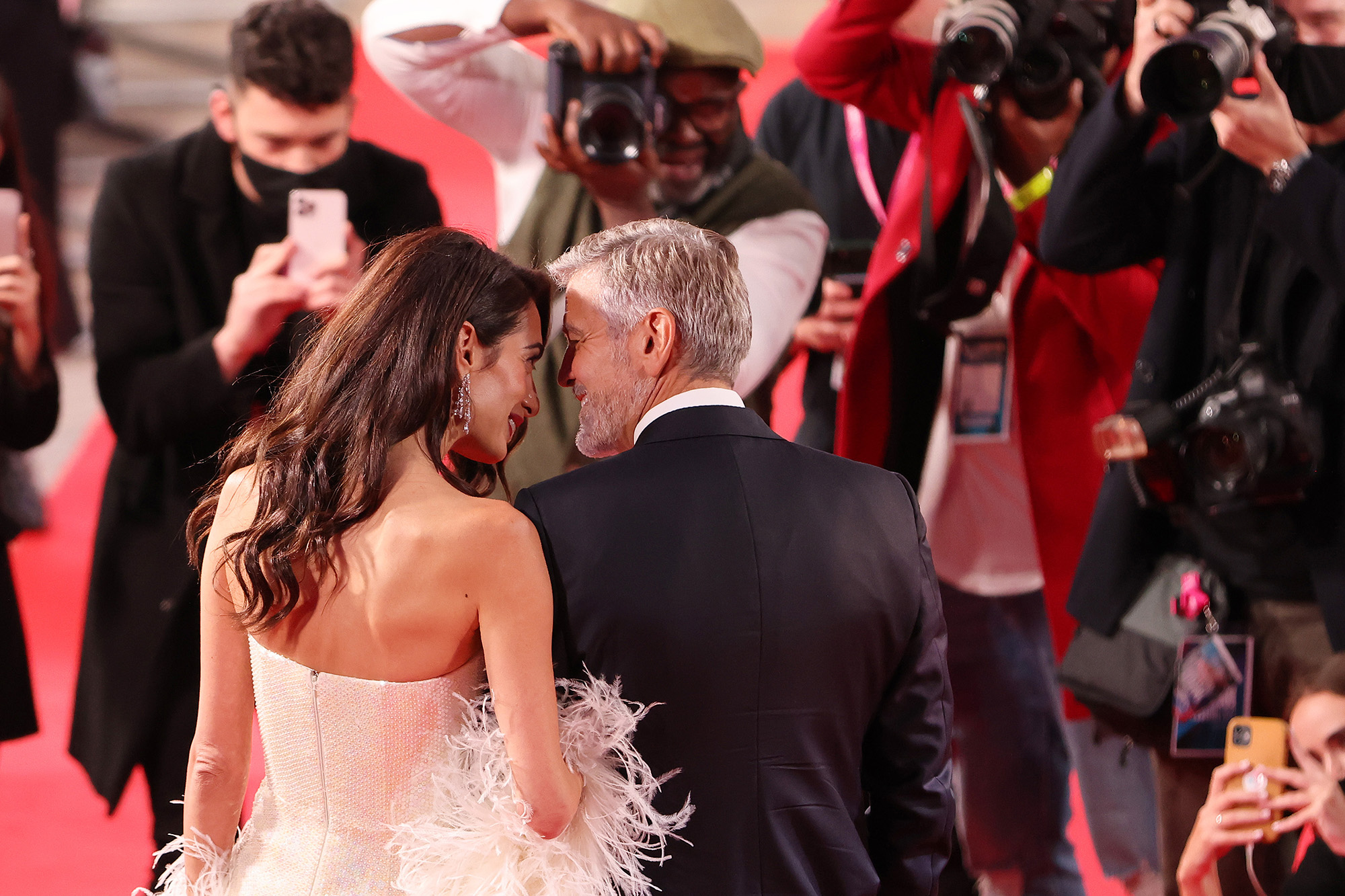 As for George? Many of his fans know that he’s an A-list prankster.

He told Howard Stern that he once put a marijuana leaf-shaped sticker on Brad Pitt’s car that read, “F–k Cops,” which led to Pitt being pulled over. 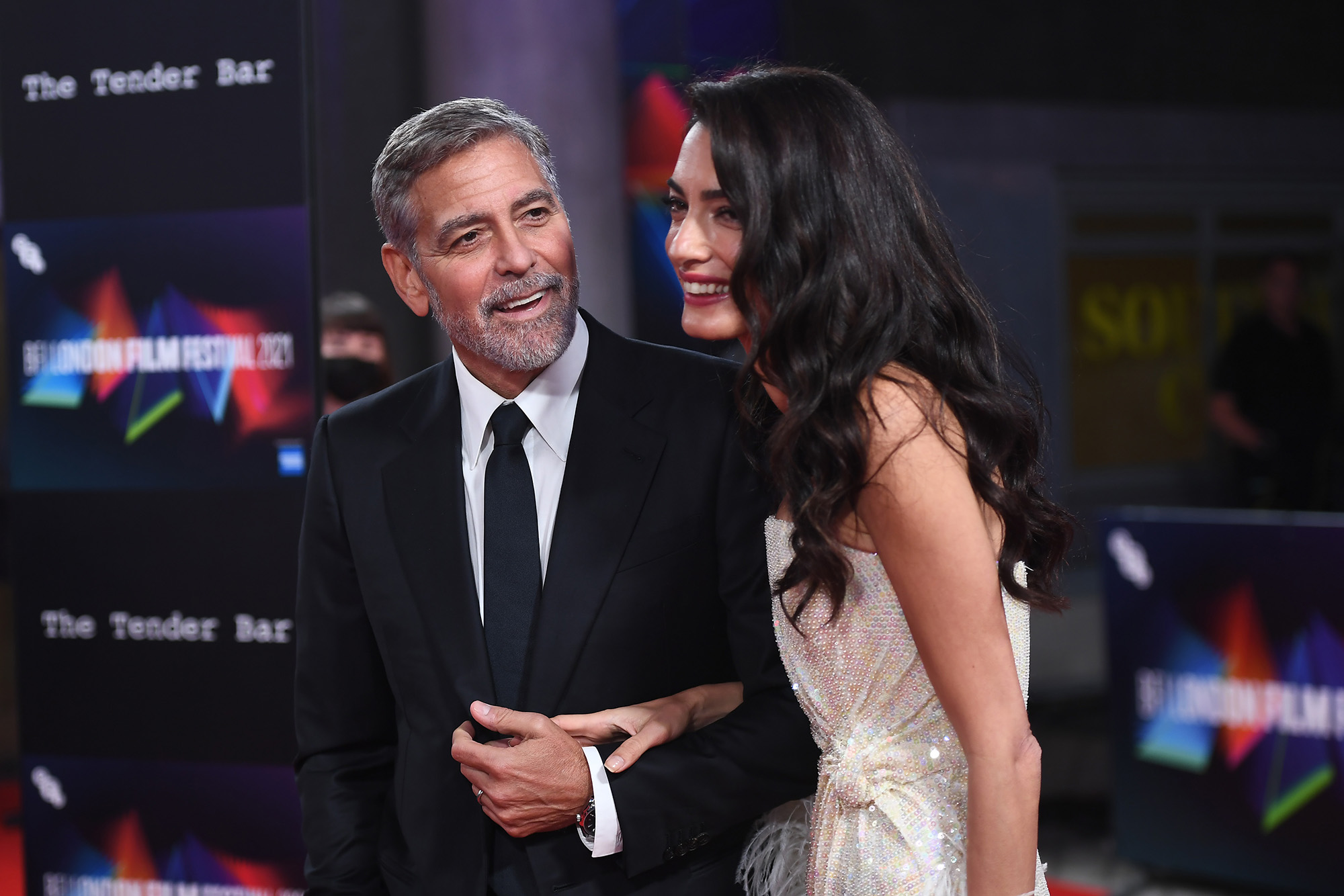 George also confessed that he sent Meryl Streep voice-coaching CDs from Pitt while impersonating him.

He only copped to the joke years later at John Krasinski and Emily Blunt’s wedding.