MANCHESTER UNITED legend Gary Neville has revealed he refused to pay £14.95 to watch the club's 4-1 win at Newcastle on Saturday.

The 45-year-old – who blasted the Red Devils for joking about fans not being allowed into St James' Park prior to kick-off – instead followed the match on Sky Sports News. 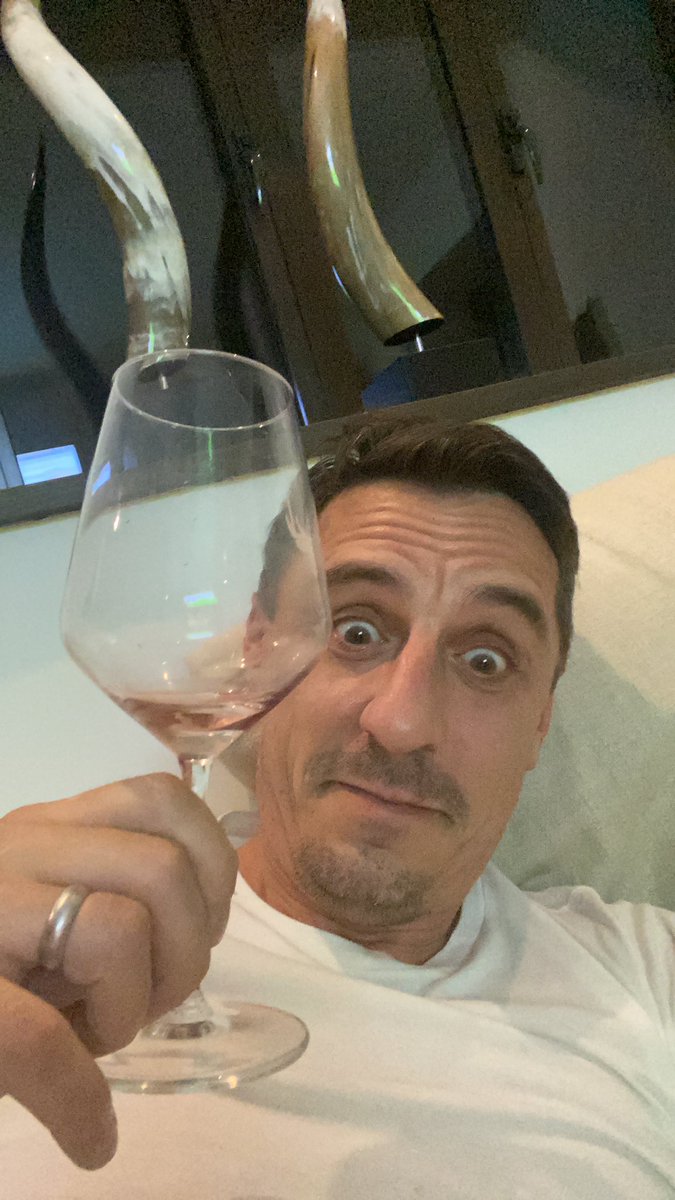 Neville stated that he did not pay £14.95 to watch the encounter, though he did show his delight at the club's victory by posting a selfie of him with a glass of wine.

During the latter stages of the match, the former Valencia gaffer uploaded the boozy snap, leading Jamie Carragher to ask: "So you paid the PPV? Thought you were against it @GNev2."

He then followed this up by tweeting out a selfie of him watching Sky Sports News, showing United leading Newcastle 3-1, before Marcus Rashford scored in the 96th minute.

But fans have been left unconvinced that Neville did not watch the game, as they pointed out a reflection in his wine glass that appeared to show the match being played.

One eagle-eyed supporter said: "Gary what about the reflection of the game in the glass?"

Another messaged: "Say you stream illegally with your chest."

Meanwhile one quipped: "Admit it you’re illegally streaming it."

Neville also poked fun at Carragher on Saturday after Liverpool had a dramatic winner against Everton chalked off by VAR.

His Sky Sports colleague revelled in his misery, as he uploaded a smug selfie after the Merseyside derby ended in a draw.