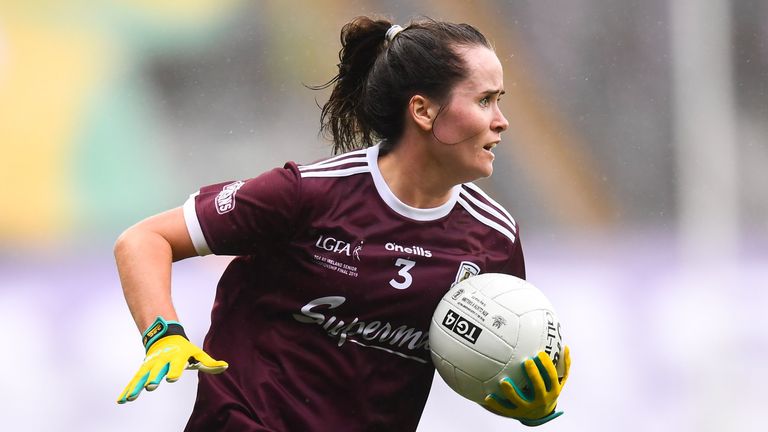 Last Monday was huge for Galway star Nicola Ward, as she started running for the first time since injuring her knee last year, while it was also her first day at work in Crumlin Children’s Hospital.

The TG4 All-Star winning defender has been out of action since last November’s All-Ireland Senior Club final defeat to Mourneabbey, but after being forced to defer some of her final year work due to injury, she completed her studies and work experience in Crumlin just as the coronavirus took hold in the country.

A spell on the sidelines back home in Galway followed, but she has switched base back to Dublin as her new career officially begins.

“I just finished my degree in nursing five weeks ago, so I have been home since then. There have been a lot of changes in that time,” said Ward, who plays her club football with Galway champions Kilkerrin/Clonberne.

“I have been lucky to be kept busy up until now with college work and my placement in Crumlin, but I only got that finished up recently and then I had to get all of my registration sorted. But work is good. It’s nice to be back in a routine again. It’s busy but very enjoyable.”

Ward studied a nursing degree in UCD, which focused on both children’s and general nursing, and after a spell working in St Vincent’s Hospital, she was delighted to be appointed to work in the Crumlin facility treating sick children.

“Crumlin is different. I wanted to stay working with the kids and part of helping sick kids is you have the responsibility of working with their families too,” she said.

“Working with children it is more mentally tough, but the job is really rewarding. You follow the children through their journey in the hospital, you help them through their sickness and seeing them improve is very satisfying.”

Ward is also a Lidl Ireland ‘One Good Club’ ambassador and they have partnered up with Jigsaw, a charity that provides mental health information for children and adults working with children.

Since Jigsaw’s face-to-face services have had to be paused due to the coronavirus, the charity’s online activities have ramped up considerably.

“Jigsaw is an online mental health forum for children, but there is help there too for their parents and guardians. The information is a huge help and it is there for everyone. Keeping Jigsaw’s services alive now is more important than ever.” 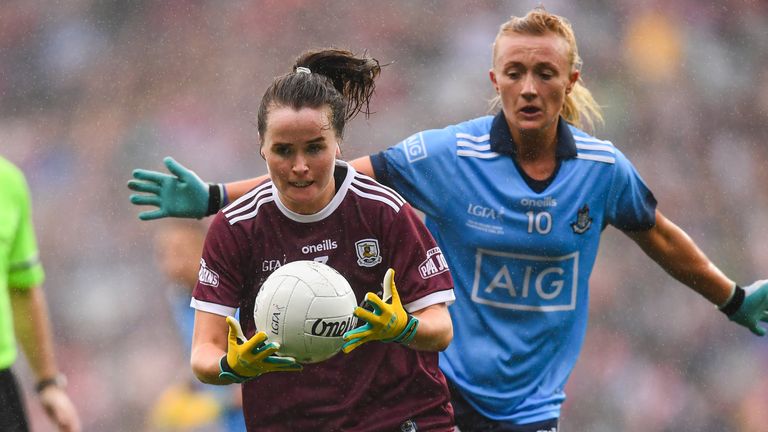 Ward took the first tentative steps back to running earlier this week as she seeks to ramp up her return from the knee injury. Surgery to reattach her damaged knee cartilage was successful, and although her recuperation has been slowed in recent weeks, having the familiar face of her twin sister Louise to work with at home has been a real solace, she says.

“This is my fifth month since surgery – I had done damage to my cartilage, where it fell off the bone. I had hoped to be back for championship in June and if sport returns later on in the year I’ll be okay,” she explained. “But a lot of it depends on how the running goes for me. Hopefully I have no flare-ups and bad reactions but so far I’m easing back into it nice and slowly.

“I was doing a bit of ball work in the last few weeks. Myself and Louise were out kicking it back and over to each other – that was all I was able to manage. It is a while since we had that kind of time together. We missed out on that the last while, but we are still keen to get back playing before the end of the year.

“Louise works as a physiotherapist for an agency so she travels around Galway and a few other counties working with the elderly in nursing homes. The regulations that have been put in place mean that people cannot visit then as much as before, but she is doing some classes through Zoom for her clients.