You start by excluding fascists, anti-vaxxers and conspiracists. You end by banning pretty much anyone you disagree with.

In recent months, Facebook has taken to labelling as fake, or removing altogether, a number of stunningly inoffensive pieces: a study by the American researcher Dr Indur Goklany claiming (quite correctly) that the number of people dying globally as a result of natural disasters was falling; a column by the investigative journalist Ian Birrell questioning whether the WHO had been too hasty in ruling out the possibility of a Wuhan leak; a report by the leading Oxford epidemiologist, Dr Carl Heneghan, of a Danish study arguing that face-masks made little difference to the spread of Covid-19.

And, now, an article of mine. 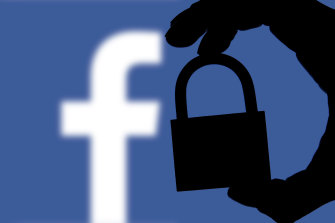 Prodded by advertisers and regulators, Facebook has been spending more on moderation since the 2016 US election. Credit:

Last week, I wrote a piece for the John Locke Institute, a high-minded organisation that runs summer schools and seminars, mainly for sixth-formers, offering in-depth tuition in the humanities subjects. I advanced the view that the epidemic had made us more collectivist, and that the post-lockdown world would be relatively authoritarian. The JLI bought advertising on Facebook to promote the piece. Facebook first authorised the advertisements, then pulled them without explanation.

In my case, as in all the others, it is impossible to know what the offence was. None of the pieces was making tendentious claims, let alone promoting conspiracy theories. Since Facebook offers neither explanations nor an open appeals process, we can only guess.

Are algorithms set in such a way as to screen out Right-of-centre opinions? Are they overseen by people with an explicit agenda? Is Facebook responding to pile-ons by woke activists? Is the real objection not so much to the content as to the authors?

I suspect the last. A few weeks ago, Think Scotland, a Unionist website, tried to advertise two articles critical of Nicola Sturgeon. Facebook said no on the bizarre grounds that they violated its “Vaccine Discourager” guidelines. The editor, Brian Monteith, suspecting that Facebook was being pressurised by cybernats, experimentally tried to advertise a wholly unpolitical article about a young mother potty-training her daughter. It, too, was rejected. Eventually, after a campaign mounted by Toby Young’s Free Speech Union, Facebook backed down.

For what it’s worth, I take the view that Facebook, as a private company, can run whatever adverts it likes. But let’s be absolutely clear that it is now a publisher – a publisher with an agenda. Any notion that Facebook (or Twitter, or YouTube) is simply a platform has gone. It is one more opinionated channel, alongside Fox News, Russia Today, the BBC and the Morning Star.

What is most interesting is not the fact that Facebook has its biases – we all have biases – but what those biases are. Bizarrely for a company that was originally meant to facilitate the free flow of ideas, it has become intolerant of dissent – or, at least, of certain forms of dissent. You generally won’t get into trouble for denying Stalin’s crimes, boycotting Israel or celebrating Margaret Thatcher’s death. But question whether there is excessive use of state power in enforcing lockdowns or reducing carbon emissions and you may be excluded.

Indeed, we seem to be reaching the point where simply to call for free speech is becoming dangerous. To the extent that the JLI can be said to have a collective view on anything, it believes in heterodoxy. Its founder, a former Oxford academic called Martin Cox, ensures that his summer schools and seminars hear a range of views from top lecturers, and encourages his students to engage with ideas that might initially repel them. That is, if you think about it, the essence of liberalism.

The article of mine which JLI ran, the one Facebook found intolerable, was not about Covid-19 or public health. It was about the fragility of an open society, the way a shared threat can throw people back on their tribal instincts, and the consequent likelihood that powers seized by governments on a supposedly contingent basis in 2020 won’t be relinquished when the epidemic passes.

Any organisation that sees such opinions as unacceptable is – there is no other way to put this – hostile to liberty.

Most Viewed in Technology