Just days after NASA announced it was sending two missions to study Venus, the European Space Agency has joined the party.

On Thursday, the ESA said it will send a probe, known as EnVision, to study ‘Earth’s evil twin,’ targeting a launch in the early 2030s.

NASA’s missions to the second planet in the Solar System, DAVINCI+ and VERITAS, will launch within the next 10 years.

‘A new era in the exploration of our closest, yet wildly different, Solar System neighbor awaits us,’ said Günther Hasinger, ESA Director of Science, in a statement.

‘Together with the newly announced NASA-led Venus missions, we will have an extremely comprehensive science program at this enigmatic planet well into the next decade.’

In 2019, researchers said Venus may have had stable temperatures in its past and could have had ‘liquid water’ for 2 to 3 billion years, similar to Earth.

Approximately 700 million years ago, it underwent a ‘dramatic transformation’ -possibly due to volcanic eruptions – that completely altered the planet and resulted in what is now considered a hellish atmosphere.

Venus presently has a surface temperature of 864 degrees Fahrenheit and in some parts of the planet, the ground glows red.

It also rotates backwards, with the sun rising in the west and setting in the east. 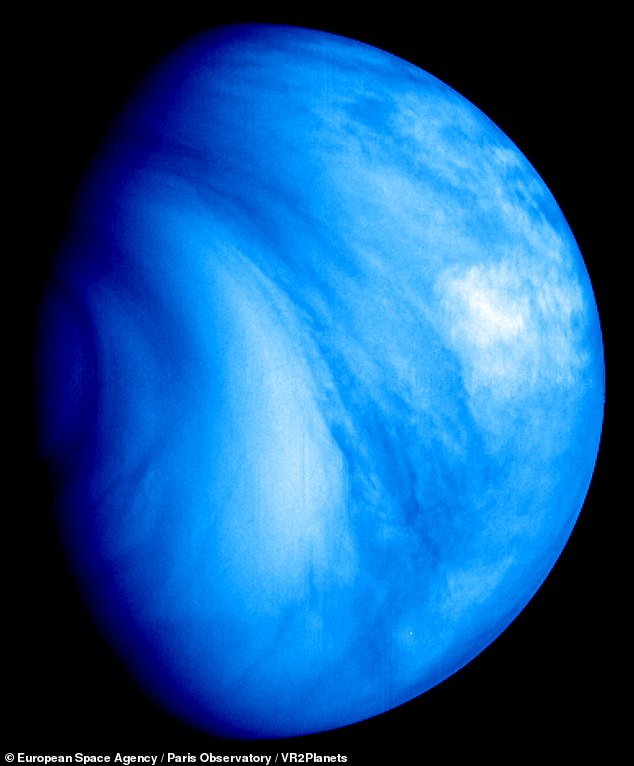 The European Space Agency said it will send a probe, known as Envision, to study Venus, joining NASA’s announcement from earlier this month 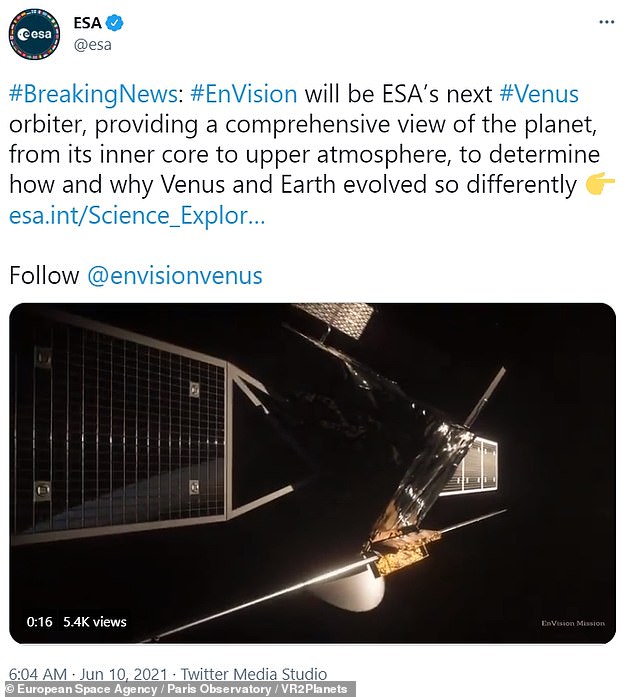 The mission, targeting a launch in the early 2030s, will help explain why Venus turned into a boiling hot planet, sometimes referred to as ‘Earth’s evil twin’

Both space agencies will work together on their respective missions, notably sharing instruments.

‘EnVision’s VenSAR will provide a unique perspective with its targeted studies of the Venus surface, enriching the roadmap of Venus exploration,’ Adriana Ocampo, EnVision Program Scientist at NASA HQ, said in a separate statement released by NASA.

EnVision is expected to be focused on Venus’s nature, looking at the planet’s ‘tesserae,’ the planet’s equivalent of Earth’s continents.

It will also study the planet’s underground layers and monitor for trace gases in the atmosphere, looking for signs of active volcanic activity. 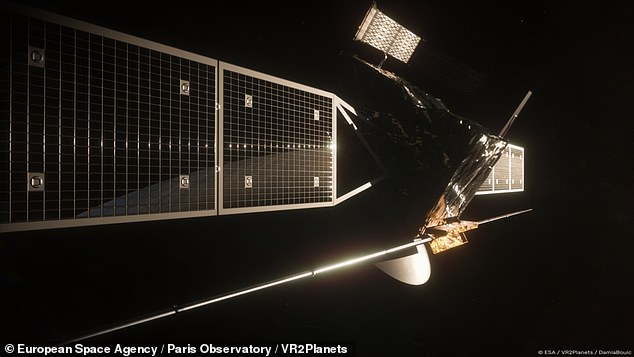 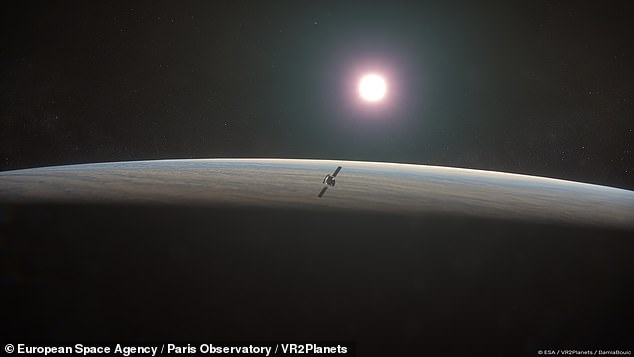 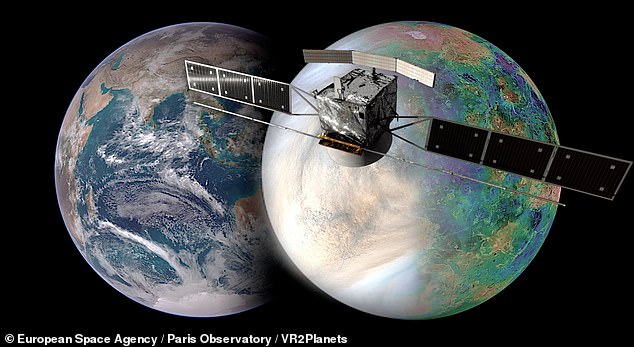 ‘High-resolution images of many dynamic processes at Mars profoundly changed the way we thought about the Red Planet and images at similar scales have the potential to do the same for Venus.’

From here, the ESA will move to the ‘Definition Phase’ of the project, with the orbiter’s design and instruments being finalized.

After that, a contractor will be selected to build and test EnVision, with BBC reporting that Airbus UK ‘is in a strong position’ to assemble the final probe.

After arriving at Venus, it will spend 16 months orbiting the planet, entering a ‘quasi-polar’ orbit with an altitude of between 220 km and 540 km traveling around the planet in 92 minutes, the ESA added.

The first of NASA’s two missions, DAVINCI+ (Deep Atmosphere Venus Investigation of Noble gases, Chemistry, and Imaging) will measure Venus’ atmosphere to understand how it formed and evolved and determine whether it ever had an ocean.

It will also look for noble gases — such as helium, neon, argon and krypton — in its atmosphere and find out why it is a ‘runaway hothouse,’ when compared to Earth.

The other mission, VERITAS (Venus Emissivity, Radio Science, InSAR, Topography, and Spectroscopy) will map the surface of Venus and look at its geologic history in an effort to find out why it developed so much differently than Earth.

It will use a synthetic aperture radar and ‘chart surface elevations over nearly the entire planet to create 3D reconstructions of topography’ to see whether plate tectonics and volcanic activity are still happening on the planet, NASA added.

In 2020, scientists caused a stir when they said that trace amounts of phosphine gas, a colorless gas that is naturally produced mainly by certain microorganisms in the absence of oxygen, were discovered.

Those hopes may have been dashed however, when a separate study said that it wasn’t phosphine that was detected, but ‘ordinary’ sulfur dioxide.

The atmosphere has many layers with different temperatures.

At the level where the clouds are, about 30 miles (50 km) up from the surface, it’s about the same temperature as on the surface of the Earth.

As Venus moves forward in its solar orbit while slowly rotating backwards on its axis, the top level of clouds zips around the planet every four Earth days.

They are driven by hurricane-force winds travelling at about 224 miles (360 km) per hour.

Speeds within the clouds decrease with cloud height, and at the surface are estimated to be just a few miles (km) per hour.

On the ground, it would look like a very hazy, overcast day on Earth and the atmosphere is so heavy it would feel like you were one mile (1.6km) deep underwater.