LONDON (Reuters) – Edinburgh’s summer festivals, which include the International music and arts showcase and renowned “Fringe” comedy event, have been canceled for the first time in more than 70 years because of coronavirus, organisers said on Wednesday. 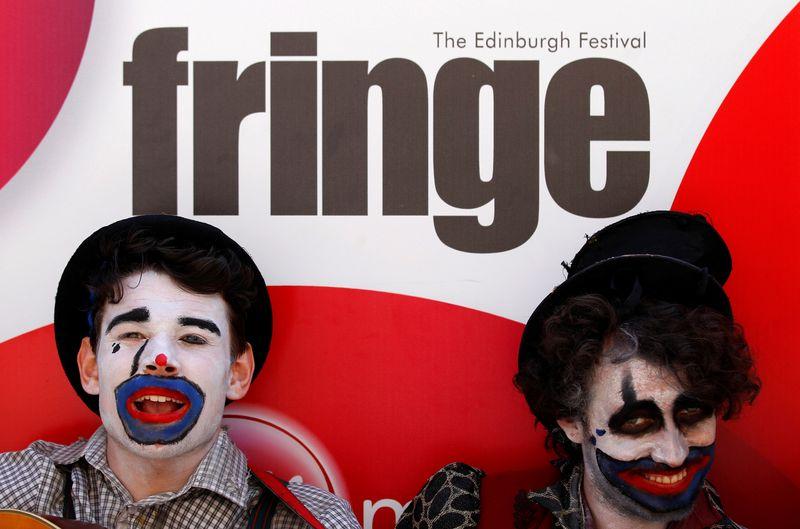 Featuring 25,000 performers from more than 70 countries, the five festivals attract audiences of around 4.5 million people to the Scottish capital every August.

Shona McCarthy, chief executive of Edinburgh Festival Fringe Society, said: “It’s heart-breaking that the Fringe and our sister August festivals will not take place as planned this summer.

“However, having taken advice and considered all the options, we collectively believe this is the only appropriate response.”

The festivals’ history stretches back to 1947, when in the aftermath of World War Two, the Edinburgh International Festival was founded to foster reconciliation through art.

The Fringe, which attracts thousands of aspiring comedians, started in the same year when eight theater groups turned up uninvited to perform on the fringes of the first International Festival.

The two events were joined by The Royal Edinburgh Military Tattoo, bringing together military and folkloric performers, in 1950. Book and art festivals were added in 1983 and 2004.

Edinburgh International Festival director Fergus Linehan said the festivals played a very important role in the cultural, social and economic lives of Edinburgh and Scotland, and the decision had not been taken lightly.

“The Edinburgh International Festival was born out of adversity – an urgent need to reconnect and rebuild,” he said.

“The current crisis presents all at the Festival with a similar sense of urgency. Work begins straight away on a 2021 Festival season that will boost both our spirits and our economy.”