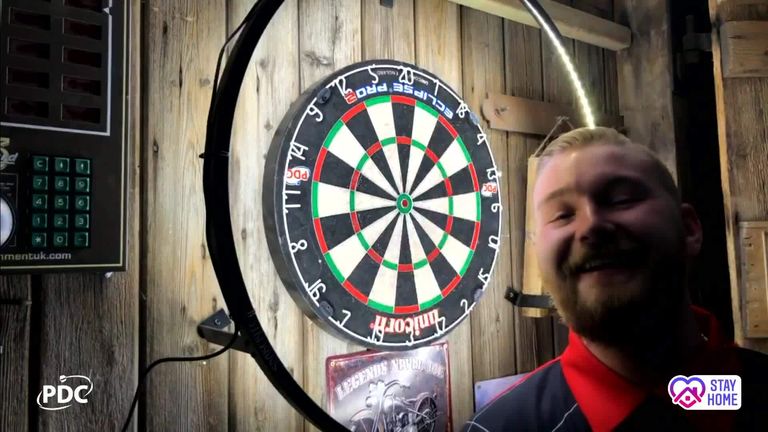 Dimitri Van den Bergh admits he is yet to beat Peter Wright on the practice board, despite the world champion’s constant tinkering.

The Belgian has been living on the Snakebite farm since the beginning of lockdown due to travel restrictions leaving him unable to fly home amid the coronavirus pandemic.

Speaking to Sky Sports in March, Wright explained how boredom at home had resulted in him digging out old sets of darts to test himself at the oche.

“I knew before that Peter uses lots of different darts, but I’ve seen him busy at his own home and he does get bored very quickly of a set of darts, so he just picks another one,” Van den Bergh said after finishing second in Group 21 of the PDC Home Tour.

“But I’m telling you guys it’s unbelievable how good he plays with any set of darts that he uses.

“The last time that I remember he just took one set of darts that he has here and he stands at the board and has in six throws 100, 140 three times and 180 two times and I just looked at him and said ‘what the hell is wrong with you? Why am I not playing like that? It’s just so easy for you’.

“And he’s like ‘what can I say?’, but he’s a world champion for a reason and he just keeps showing it even in practice. I haven’t even beaten him yet.” 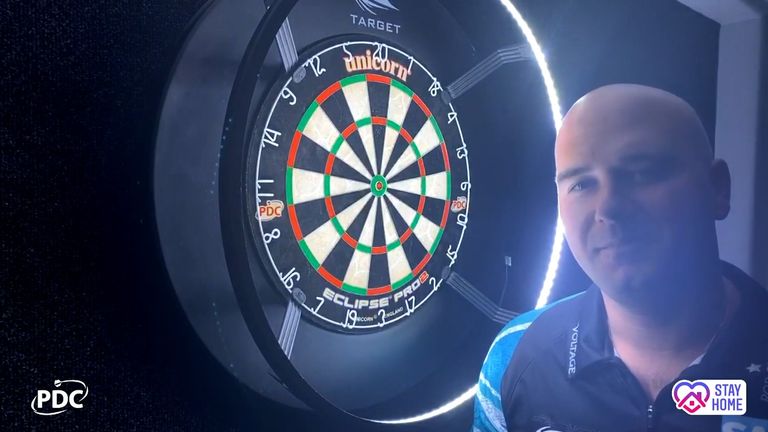 Wright surprisingly missed out on top spot in Group One of the Home Tour as Welshman Jamie Lewis prevailed to earn a place in the last 32. Van den Bergh endured a similar fate on Thursday when he finished behind World Matchplay champion Rob Cross.

Living with Wright has not only given the 25-year-old an ideal practice partner, but also an insight into a possible full-time move to the UK.

“It’s a bit tough – he wants to go home and see his parents, stuff like that,” Wright said in March. “It’s tough on him but he’s thinking of moving to the UK soon anyway to try the darts 110 per cent. Being UK based gives him a taster, I suppose.”

The experience has meanwhile involved assisting on the farm, including helping to collect the eggs that Wright and his wife Joanna had been offering to those in the surrounding area.