Following Burton’s description of her exit from “One Tree Hill” as “unceremonious” on the latest episode of her “Drama Queens” podcast, a fan on Twitter placed the blame on Burton’s former co-star Chad Michael Murray.

“I’m assuming and hope he’s grown up now but wtf,” the fan tweeted, to which Burton promptly replied, “I’m not sure where your info is coming from, but Chad had nothing to do with my leaving.”

She added, “We were both treated badly, and he defended me. I so appreciate your support, but I just wanted to clarify that Chad was my teammate. My bosses were the s–s.”

Burton, 39, who played Peyton Sawyer, starred on the show for six seasons from 2003 to 2009. Murray, also 39, played Lucas Scott and similarly left during Season 6.

In a 2009 interview with Entertainment Weekly following her departure, Burton said her decision to leave the hit show was not a “rash” one, underlining her friendship with Murray.

“Chad and I are good friends,” she told EW. “I won’t speak for him, but it was not a rash decision on either of our parts. He’s very compassionate toward the show and the fans. It’s not an easy decision, but we’ve got to be grown-ups sometimes.”

For Murray’s part, the Los Angeles Times reported back in 2009 that he left largely due to contract negotiations.

“They’re not bringing me back next year … because they want to save money,” Murray told fans in a leaked video, according to the Times, reportedly adding to his fans, “Start blogging and being pissed off.” 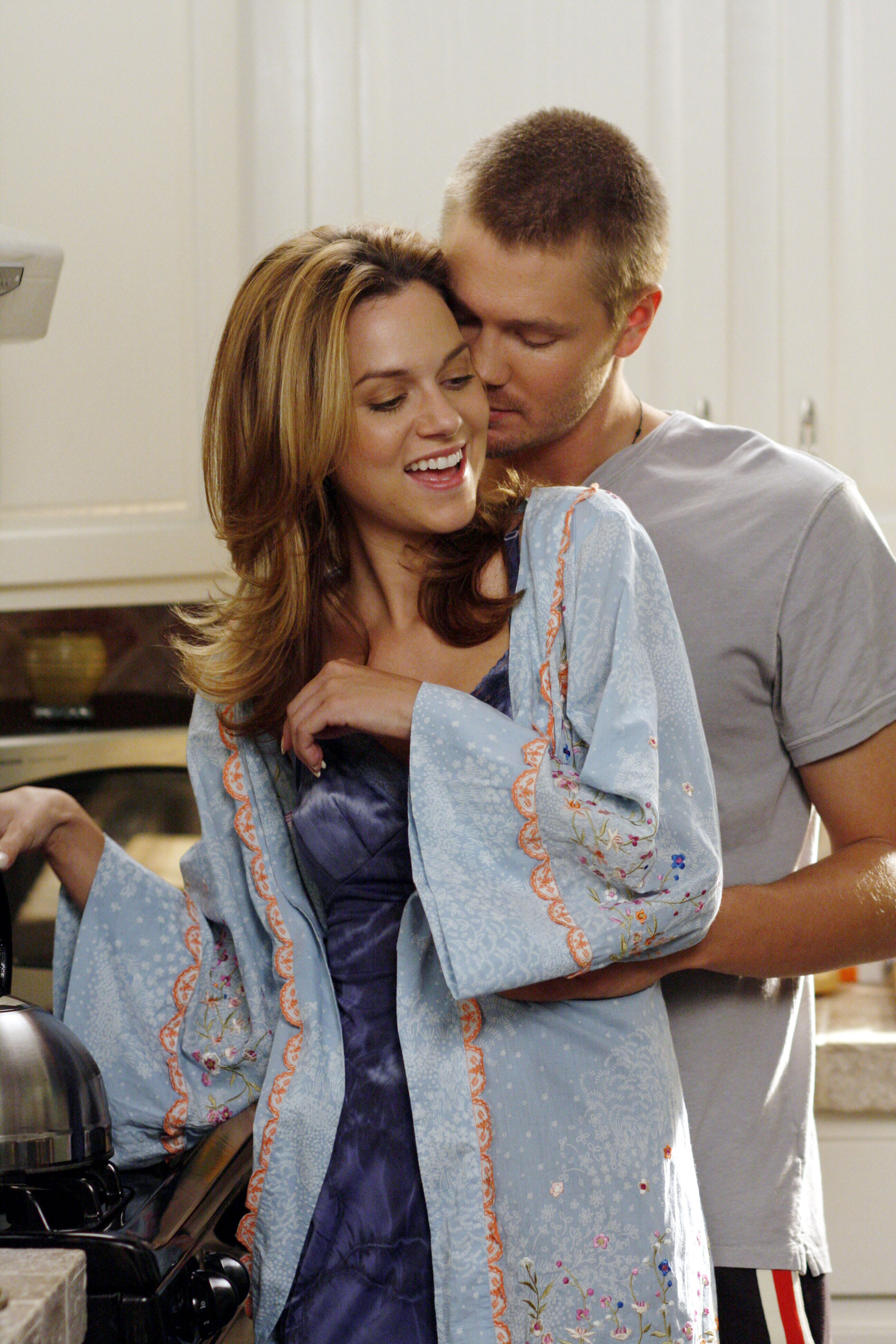 In 2017, Burton and her other co-star — and now co-host on “Drama Queens” — Sophia Bush, spoke out against showrunner Mark Schwahn when he was accused of sexual harassment.

“Many of us were, to varying degrees, manipulated psychologically and emotionally,” they, along with other cast members and crew, wrote in a joint letter to Variety. “More than one of us is still in treatment for post-traumatic stress.”

The 18 women who signed the letter alleged, “Many of us were put in uncomfortable positions and had to swiftly learn to fight back, sometimes physically, because it was made clear to us that the supervisors in the room were not the protectors they were supposed to be.

“Many of us were spoken to in ways that ran the spectrum from deeply upsetting to traumatizing to downright illegal. And a few of us were put in positions where we felt physically unsafe.”

Schwahn did not release a statement addressing the allegations at the time, and he was fired from his then-job as the creator of E!’s “Royals” as a result.