KASPER SCHMEICHEL saved Denmark from a nightmare start to their World Cup with a stunning first-half save.

The former Leicester keeper spread himself to deny Issam Jubali a certain goal – an intervention his dad Peter would have been proud of. 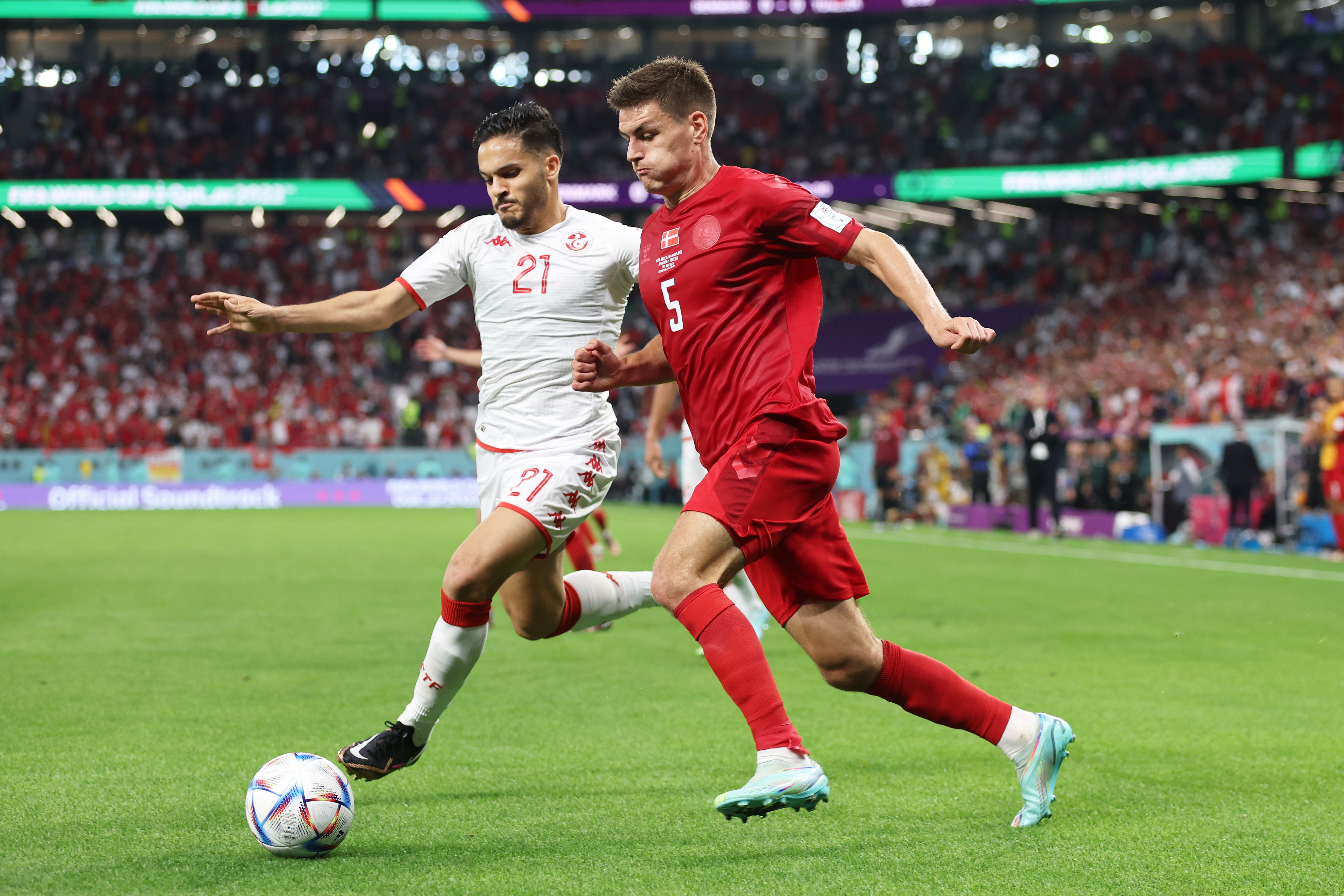 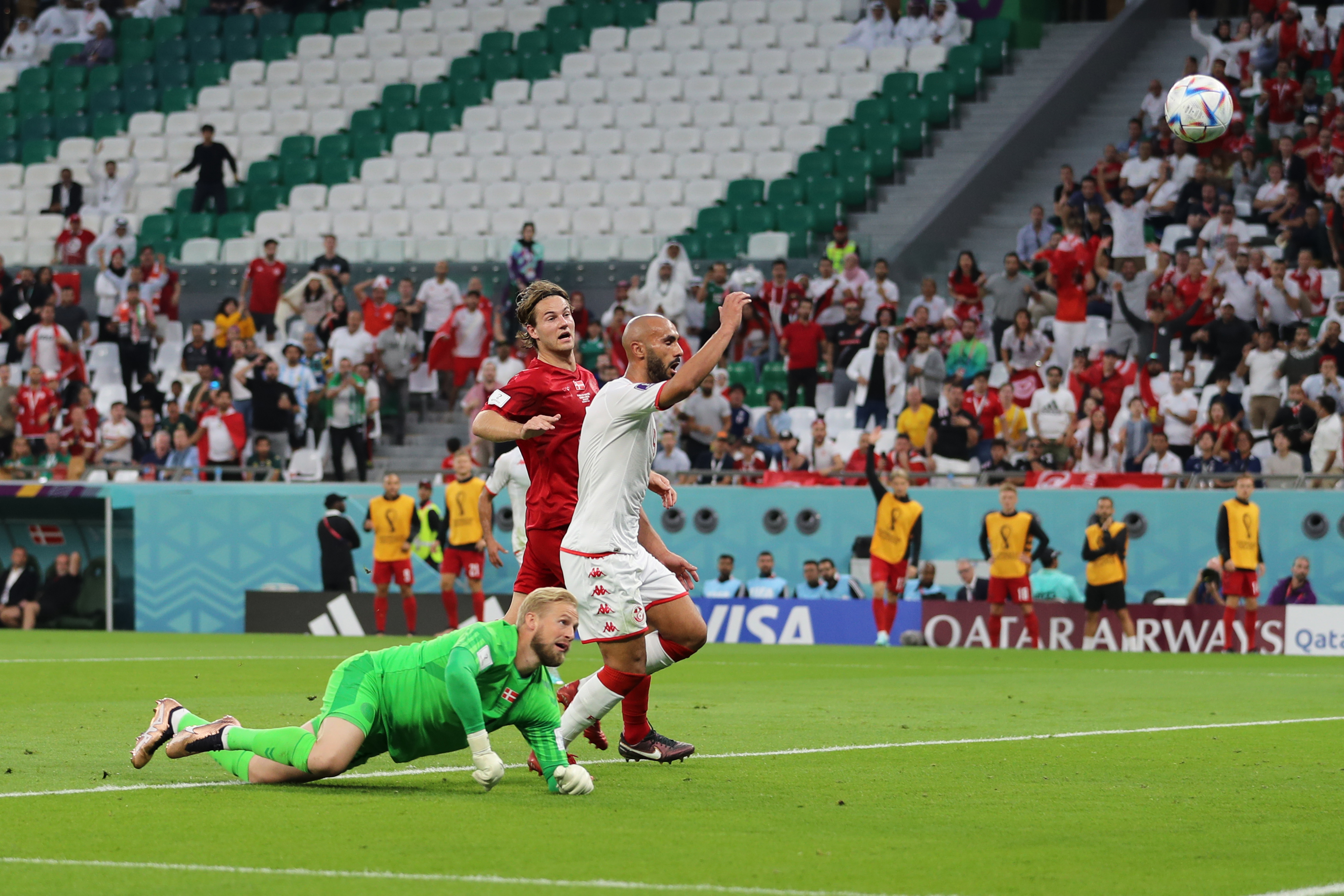 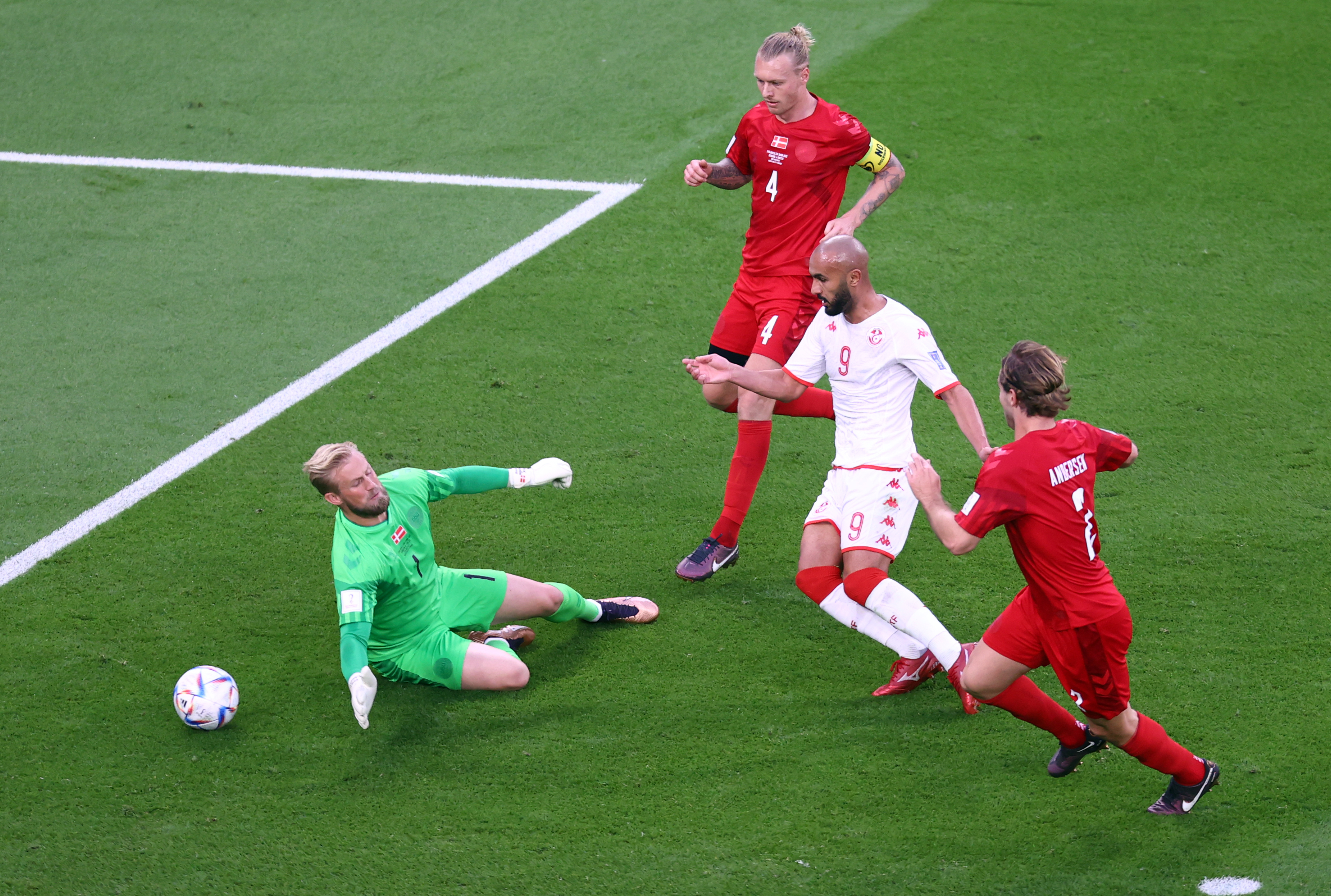 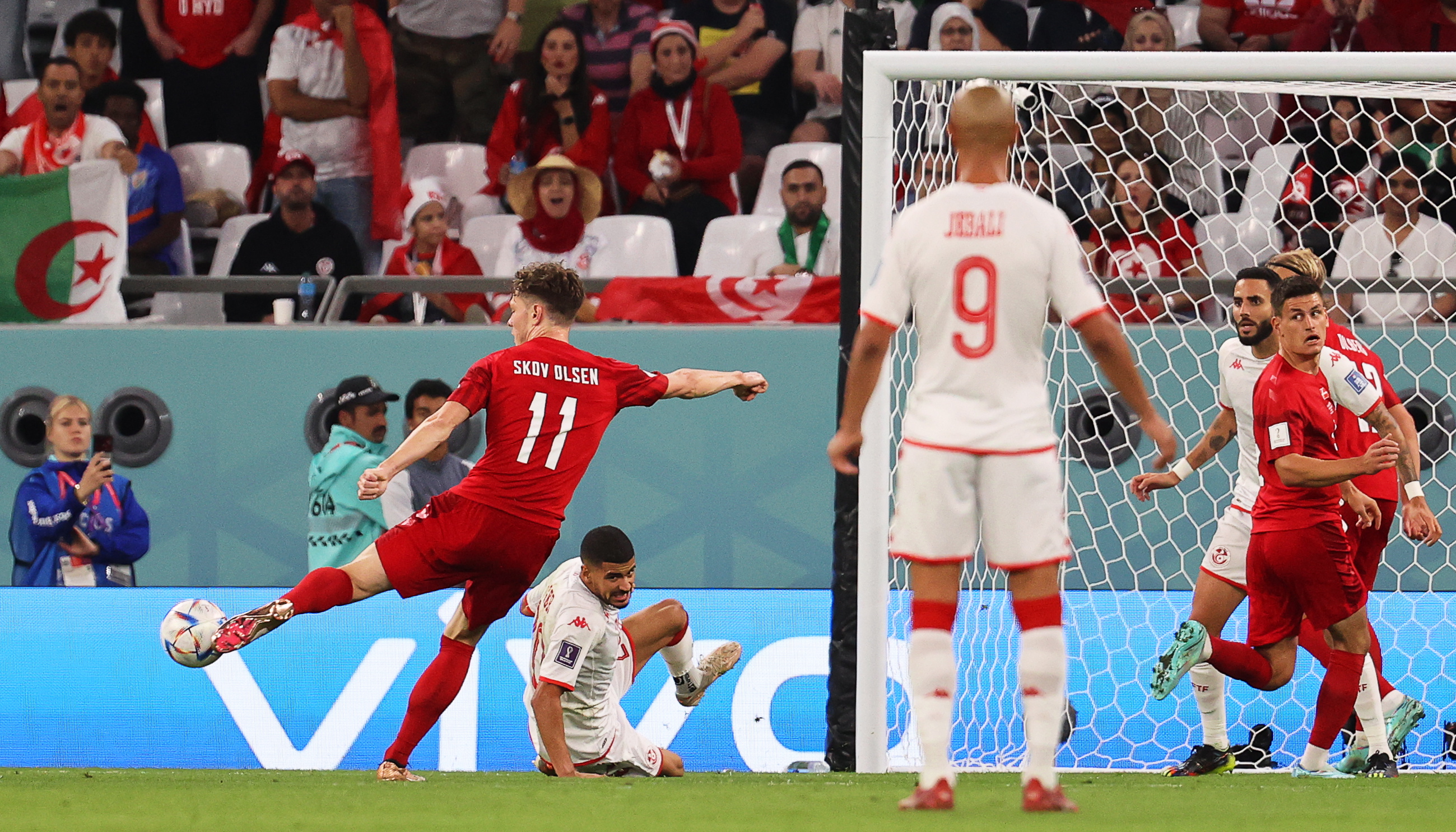 The Danes could have had no complaints if they had ended up empty-handed against a spirited and energetic Tunisia.

It meant a low-key return to the big international stage for Christian Eriksen, 18 months after his cardiac arrest in the Euros.

The Manchester United star did produce his team’s best moments and how Andreas Cornelius did not nick an undeserved win for the Danes is something only he knows.

Thousands of Tunisia fans have descended on Doha for the tournament to join the many who already live here. 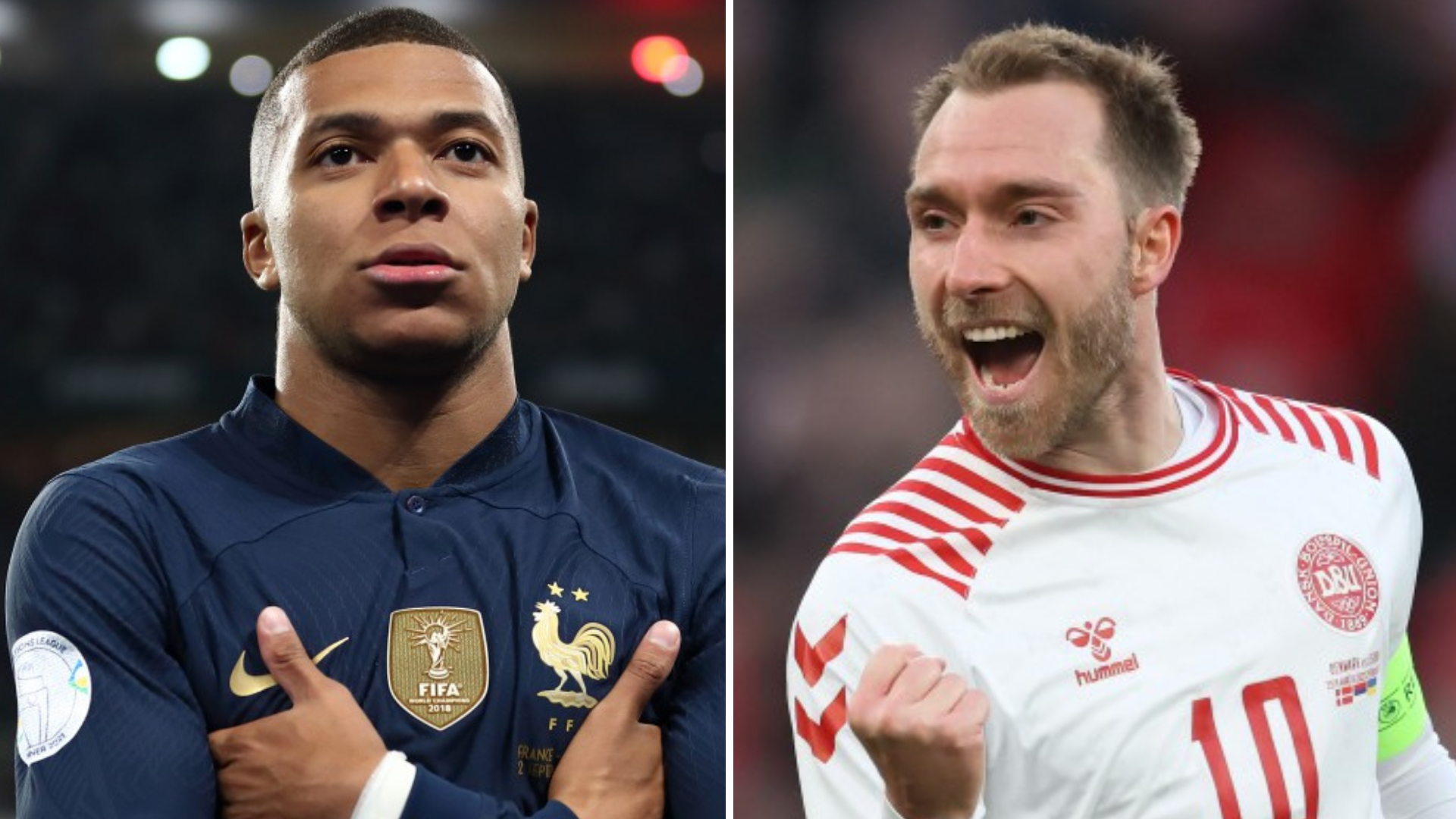 They made such a racket in the Education City Stadium that it must have felt like a home game for Jalel Kadri’s team.

The Carthage Eagles responded too with their dynamo midfielder Aissa Laidouni flying into a challenge on Eriksen in the first minute.

He got the ball perfectly but the United star’s big comeback would have been short-lived had he connected.

It set the tone for the first half though with Jebali racing clear to score only to be denied by a marginal offside.

The best chance came shortly before the break when Jebali went through again and lifted the ball over Schmeichel – only for the former Leicester keeper to stick out an arm and push the ball wide.

After the break, Lassouni played a clever one-two to go clean through on goal but surprisingly seemed to lack the belief to finish it off.

Tunisia failed to keep a clean sheet in 14 of their 15 world cup matches – last time they did it was in 1978 – but they were doing so quite comfortably here. 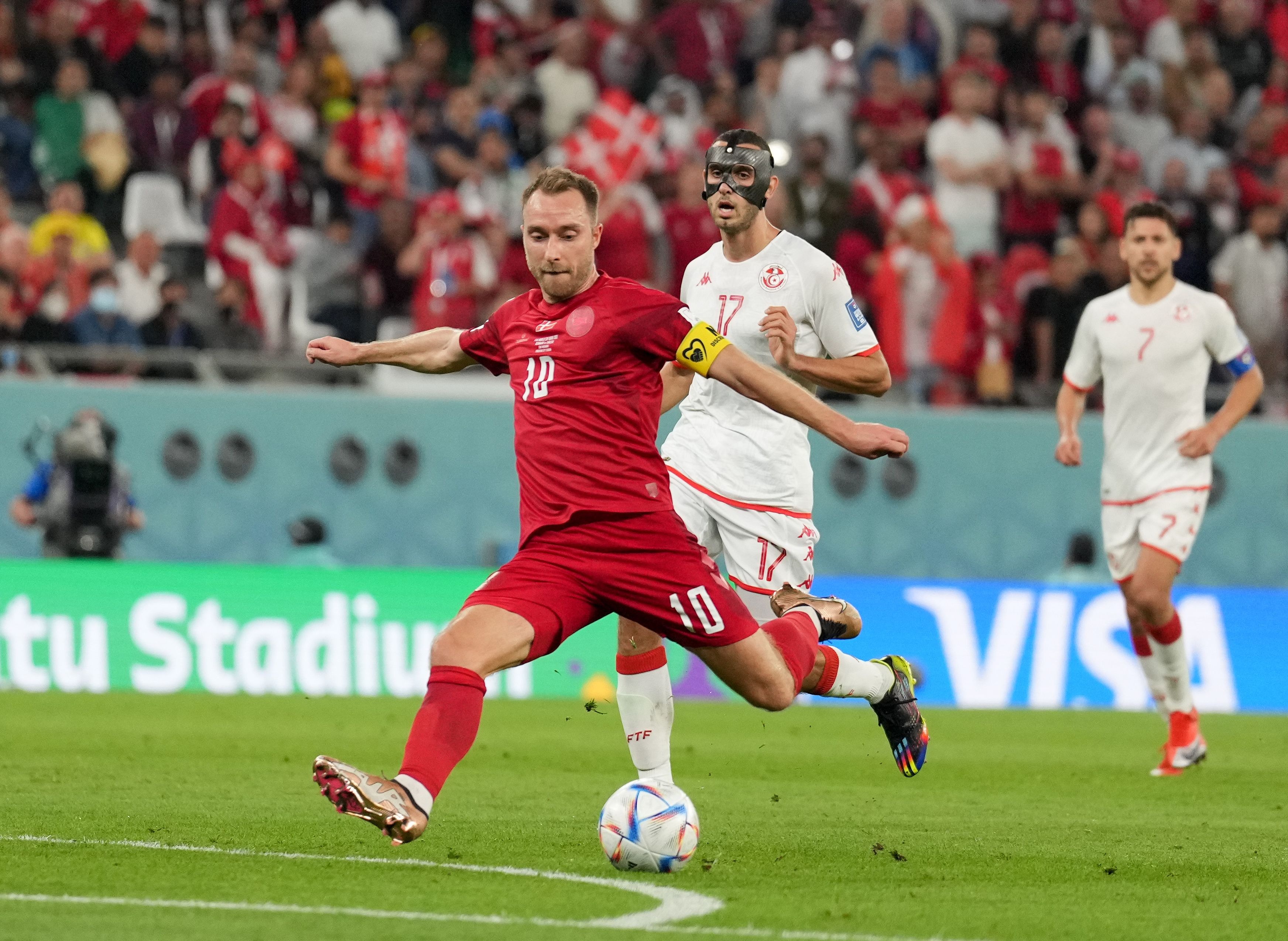 Eriksen had their best opening when he thumped a 20-yard shot which Aymen Dahmen did superbly to push round the post.

He took the resulting corner and former Chelsea man Andreas Christiansen headed back across goal.

Andreas Cornelius could not get the connection he wanted and could only bundle his untidy effort against the post.

Tunisia were appealing for a penalty when Abdi’s flick seemed to be handled by Joachim Andersen but nothing was given.

And they were almost robbed right at the end when a Cornelius flick from Eriksen’s corner hit the arm of Yassine Meriah.

The VAR recommended a review and everyone expected a spot-kick but the Mexican ref Cesar Arturo Ramos stood by his initial decision and over-ruled it.