DELE ALLI has once again sparked debate after his toothpaste claims – this time over what are the best chocolate bars.

Tottenham Hotspur supporters are currently getting a glimpse behind-the-scenes of their club in the new Amazon All or Nothing docuseries. 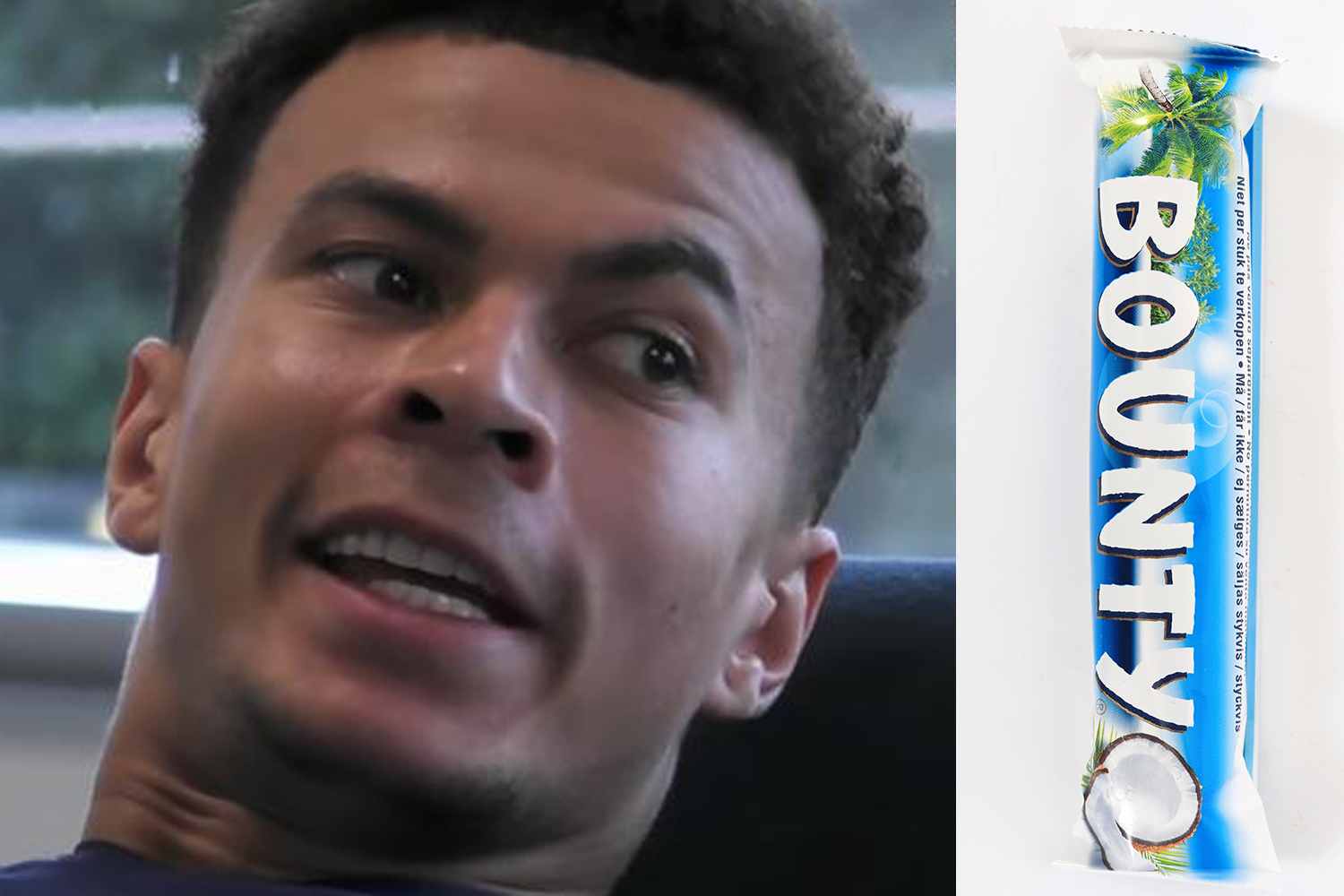 And in the latest episodes released, it shows the 24-year-old getting down to the serious business along with Spurs’ backroom staff while receiving a massage.

Alli throws out the question for everyone to pick their top three favourite chocolate bars.

After a masseuse offers his choices of Dime, Drifter and Crunchie, the England international agrees on the latter choice.

Curly Wurly is then suggested, before Alli states it is “up there” but he finds them “too chewy”.

He then goes in two-footed on the coconut-flavoured Bounty, vowing “never to speak” to anyone who picks it in their top choices.

A clip of the conversation was shared on social media by the club, and it quickly got fans talking.

One commented: “I'd potentially put Bounty in my top 3, Looks like you just lost yourself a friend Dele.”

Another said: “Can see it now. First away game back, Dele gets pelted with Bountys.”

And one Bounty nut seemed that irked by the ex-MK Dons midfielder’s remarks they commented: “I hope the whole squad goes bounty so Dele does one.”

But not everyone was against him.

Another agreed: “I'm with Dele, Bounty! Just wrong on every level.”

As another said: “Dele has spoken.”

Alli had an unexpected brush with controversy after making Spurs fans think they were cleaning their teeth wrong last week.

The England midfielder is seen lying back having treatment done when he asks: "When you brush your teeth, what order do you do it? Do you wet the toothbrush?"

The Spurs physio replies: "No."

Dele – who is branded "lazy" by Jose Mourinho in another scene – then asks: "Do you put the toothpaste on and wet it?"

To which the reply is: "No. Wet the toothbrush, put the toothpaste on, brush my teeth."

The forward asks: "You don't wet it again?"

But then another physio chimes in: "After the toothpaste, yeah."

The man giving Dele a rub down on his leg then adds: "I put water on the brush, then toothpaste, then brush."

The 31-second long scene ends with the England ace – who recently enjoyed a Greek holiday with girlfriend Ruby Mae – asking: "You don't put water on again?"

After viewing the clip, Spurs fans riddled with self doubt about their technique took to social media.

One said: "After 21 years, it's taken Dele Alli to make me brain fart and completely question and doubt how I brush my teeth."

Another commented: "When's the next episode of the Spurs documentary available? I need to know the answer to how Dele Alli’s physio brushes his teeth.

"There hasn’t been a TV cliffhanger like this since Who Shot Mr Burns."