The Bergin Inquiry was tabled in the NSW Parliament on Tuesday and found Crown Sydney Gaming was not suitable to hold Sydney’s second casino licence and its parent company Crown Resorts was not a “suitable person” to be a close associate. 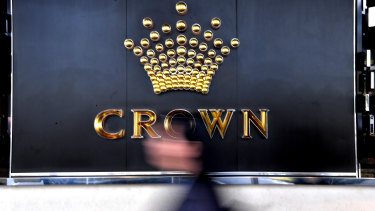 The findings prompted calls from the Greens and independent Tasmanian MP Andrew Wilkie for the WA and Victorian Crown casinos to face similar inquiries.

“The culture and operation of Crown Resorts in Western Australia and Victoria were part of the NSW assessment process and need to be assessed,” said the Greens’ gambling spokeswoman, WA Senator Rachel Siewert.

“If there are sweeping cultural changes required in Sydney then there are questions around what is going on in this company across the country. Victorian and Western Australian regulators need to take this very seriously.

“This also goes to the heart of why we need a national independent regulator as so many states rely heavily on the income gambling generates.

“We need to know what’s going on in Perth and Melbourne.”

Mr Wilkie called on the WA and Victorian premiers to suspend Crown’s licenses in their respective states and establish inquiries to “get to the bottom of what is now a genuinely national issue”.

A spokesman from the Gaming and Wagering Commission, which regulates WA’s gambling establishments, refused to make any comment about the report’s findings.

He said the commission would consider the report at its upcoming meeting on February 23.