Many countries in Europe, including the UK, France, Spain and Italy, and the US have been placed under lockdown to battle the coronavirus pandemic. As a result, fewer cars are on the road, and the aviation industry has virtually come to a halt.

This has meant a thick layer of smog which usually hangs over cities such as London, New York and Moscow has been lifted.

The lockdowns have also meant there is less light pollution, allowing residents to see starry skies for the first time in decades.

Experts from photography group Under Lucky Stars have been analysing images from major cities, and been editing light pollution out of images – which affects 80 percent of the global population – to reveal how cities would look if all forms of pollution were gone.

The images reveal how the Milky Way would be visible above London, where stars are beginning to emerge, and how New York would be lit up by a stream of stars. 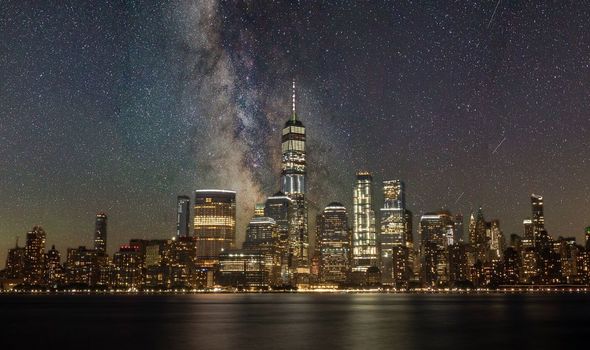 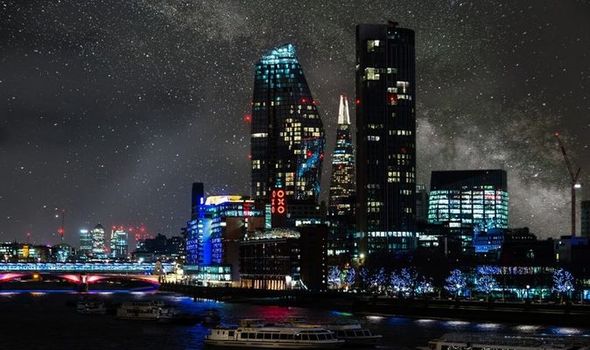 Under Lucky Stars said: “The effect of light pollution radiates so much brightness into the environment that it turns the night sky into a seemingly blank canvas, removing the beauty that lies above.

“Light pollution affects 80 percent of the population and in our modern world, the effects are worsening.

“As cities expand and populations increase, so does the demand for things like street lights.

“Whilst practical and essential for day to day living, this lighting affects our view of the sky with the naked eye, and it is now impossible to see the Milky Way in large cities and metropolitan areas. 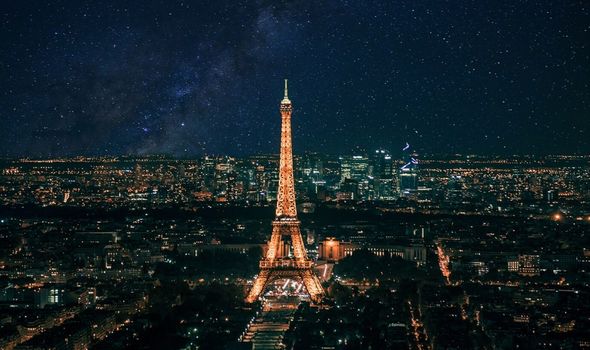 “Globally, one-third of humanity is unable to see the natural Milky Way at all.”

Zoltan Toth-Czifra from Under Lucky Stars said: “Surrounded by stars, planets and galaxies, we are just one part of a much bigger picture, but it’s impossible to see that in our metropolitan world.

“Bright city lights and a bustling digital age has clouded the sky around us with artificial light pollution, eliminating the natural view of the stars.

“If you were born in a place where stars are invisible, you’ll never forget the excitement and rush of joy you feel when you see the night sky in its unencumbered beauty for the first time.

“And the way you simply cannot take your eyes off the thousands of stars that we chose to extinguish in exchange for modern comfort.

“Light pollution has made the view blank, but getting a view of the stars in a city isn’t completely impossible.

“The trick is to plan ahead, get as high – or as far – as you can and remove any close sources of light.

“If you’re central, get as high as possible on buildings or alternatively, head to the outskirts to a darker, quieter area such as a park to improve your chances of seeing the stars.

“Give time for your eyes to adjust to the dark and choose a moonless night, binoculars can help too, you won’t be able to see the incredible view in these images, but it’s a start.”