The pair are due to meet later this year in the Middle East – three years after McGregor fought and lost against Floyd Mayweather.

McGregor, 32, has already been busy working hard at the gym after sharing a selfie on Instagram.

McGregor  – who recently showed off his extreme new look with a shaved head – is very careful what he eats when he's in training.

The Notorious fills himself up with plenty of protein, gorging on good-quality meats, fish, greens, and carbs.

McGregor has been known to consume up to 4,000 calories when he's preparing for a big fight, under the watchful eye of his nutritionist and diet coach George Lockhart. 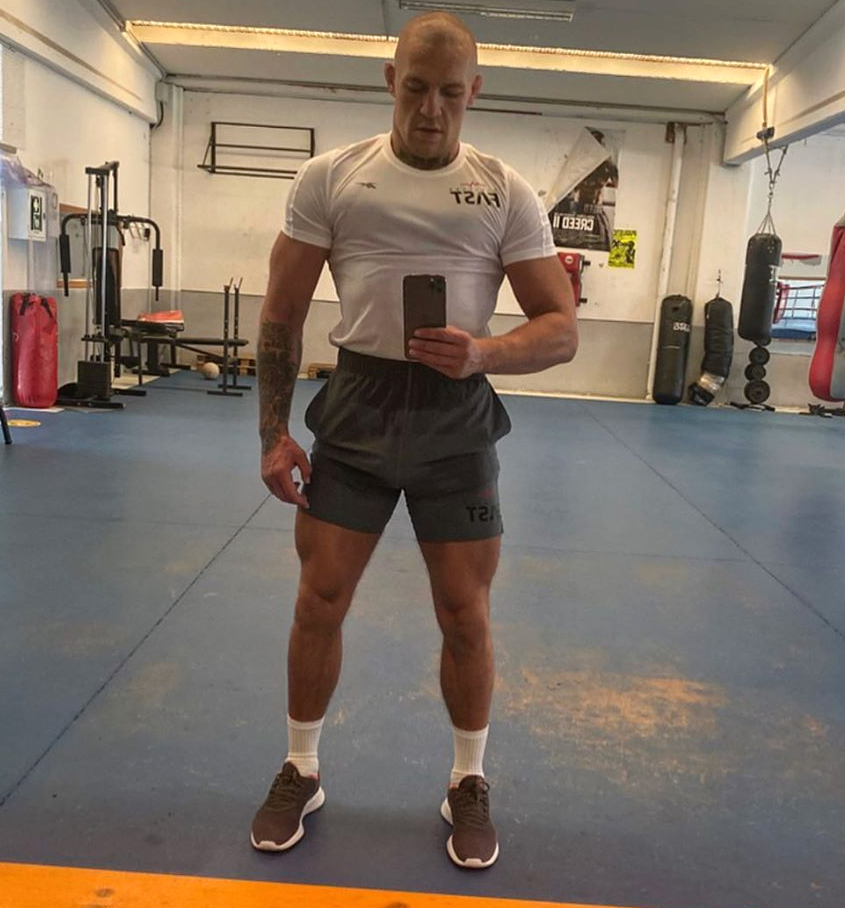 Some might say the most-important meal of the day, and McGregor doesn't skimp when it comes to brekky.

After he's woken up, drank water to rehydrate, stretched and done 30 minutes of cardio, he sits down for his fill.

Eggs – either poached or in an omelet – are a must for McGregor and are a great way to avoid any excess carbs.

Protein is added to his breakfast, preferring smoked salmon on the side.

Fruit and veg, kale, avocado, baked apple slices, or a side of cherry tomatoes are also on his plate. 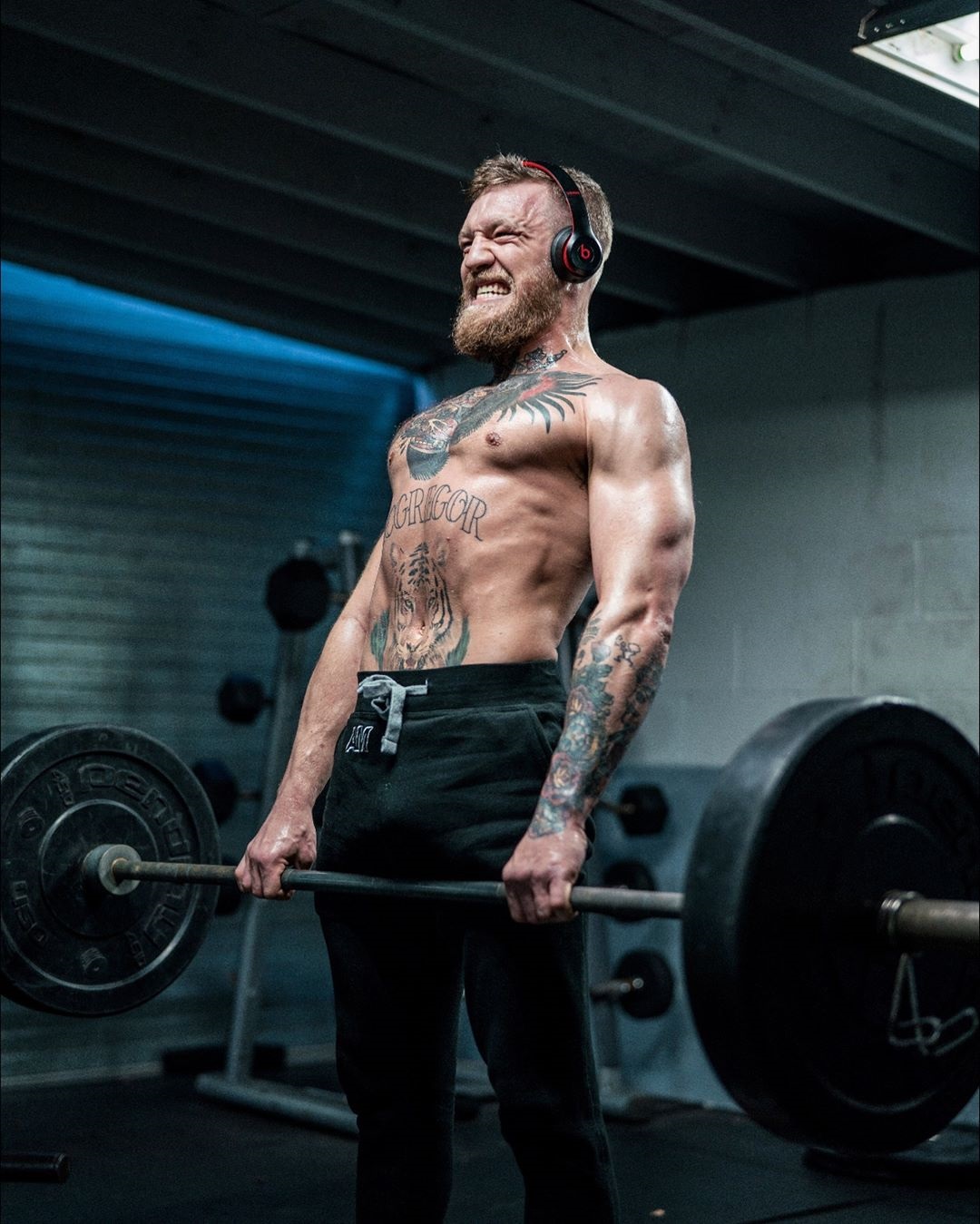 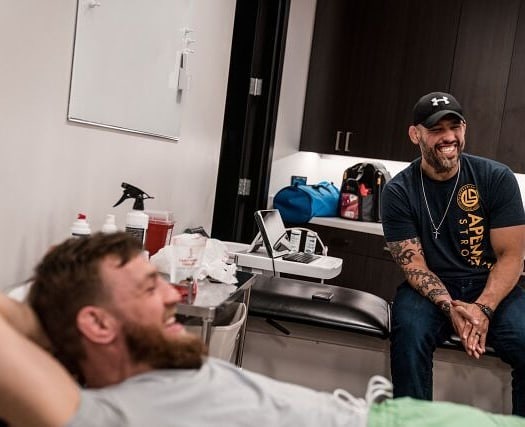 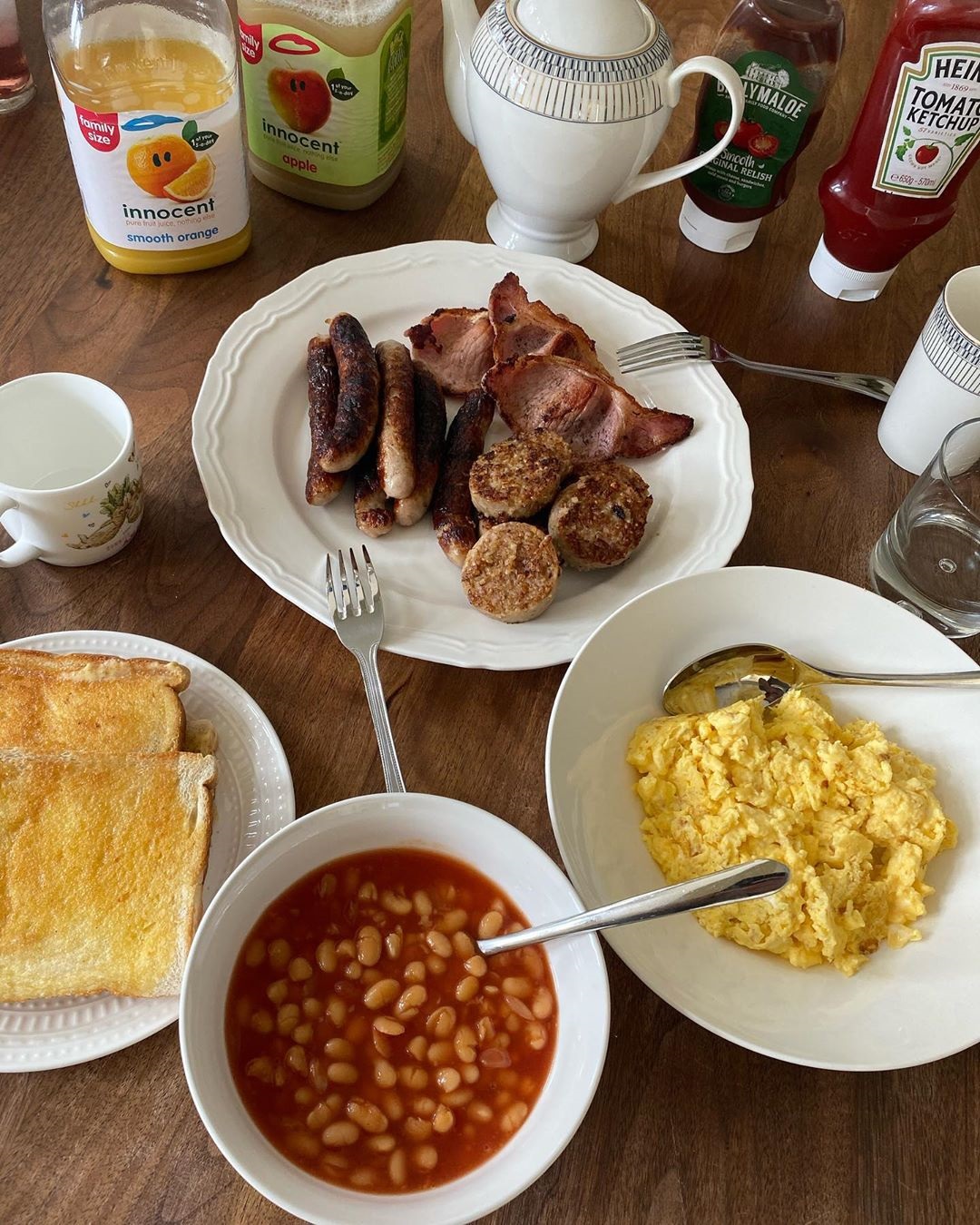 McGregor told AskMen: “I eat eggs – an omelet with my Americano for a late breakfast or brunch.

“Getting enough protein is important when I train, to help build muscle and recover, so I’ll supplement with protein shakes.

“I drink mostly water or coconut water. It’s important to stay hydrated – first thing I do in the morning is stretch and drink water."

When he's not in the mood for meat, he will turn to fish – eating tuna steak or baked cod.

Those meals are accompanied by a side salad, consisting of kale and is in keeping with the Sirtfood Diet – foods containing sirtuins, a type of protein found in plant foods, that's said to boost metabolism, increase fat burning, fight inflammation, and curb appetite – that McGregor follows. 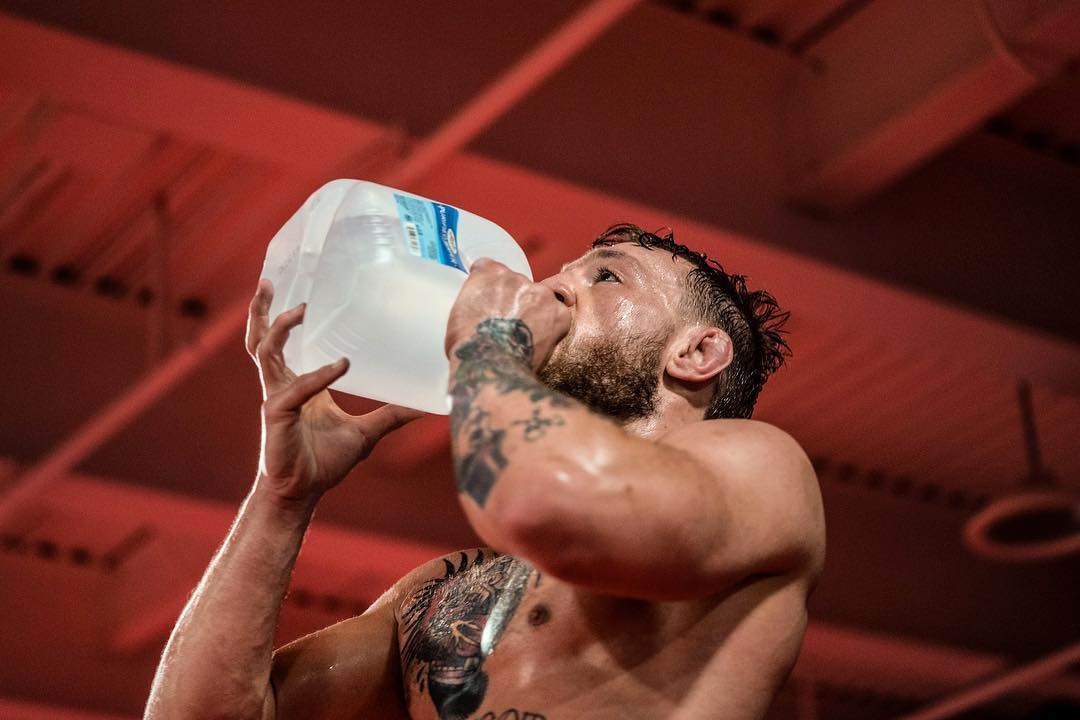 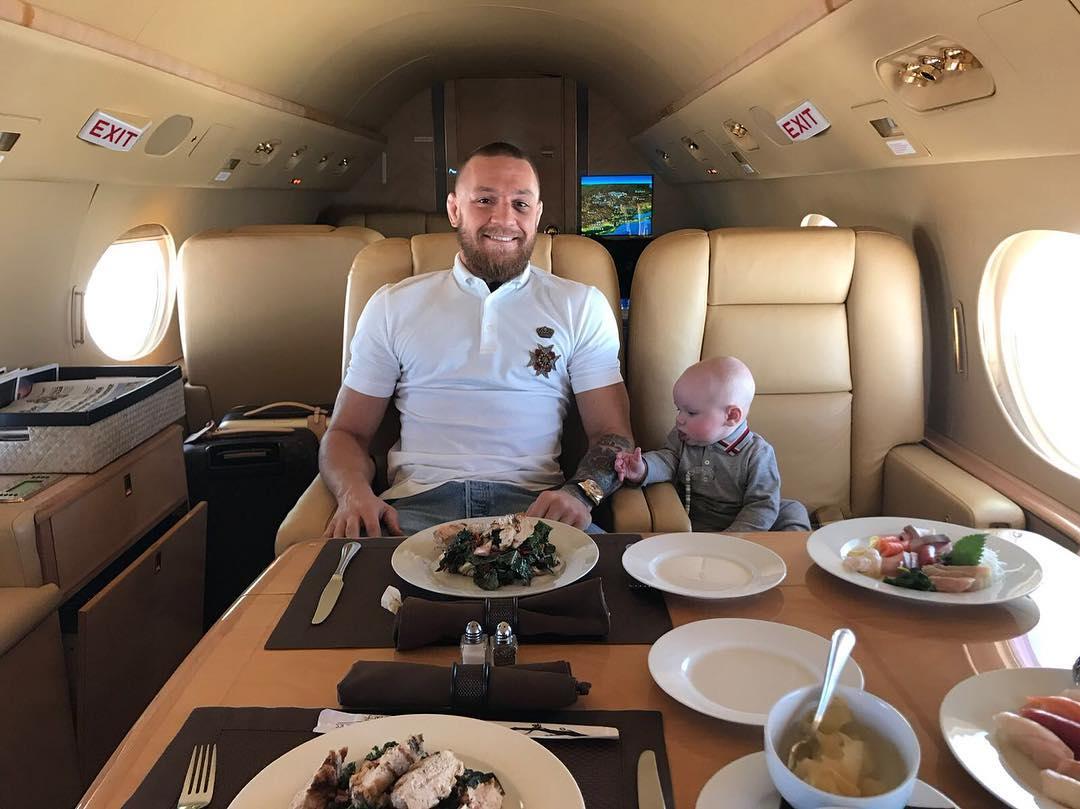 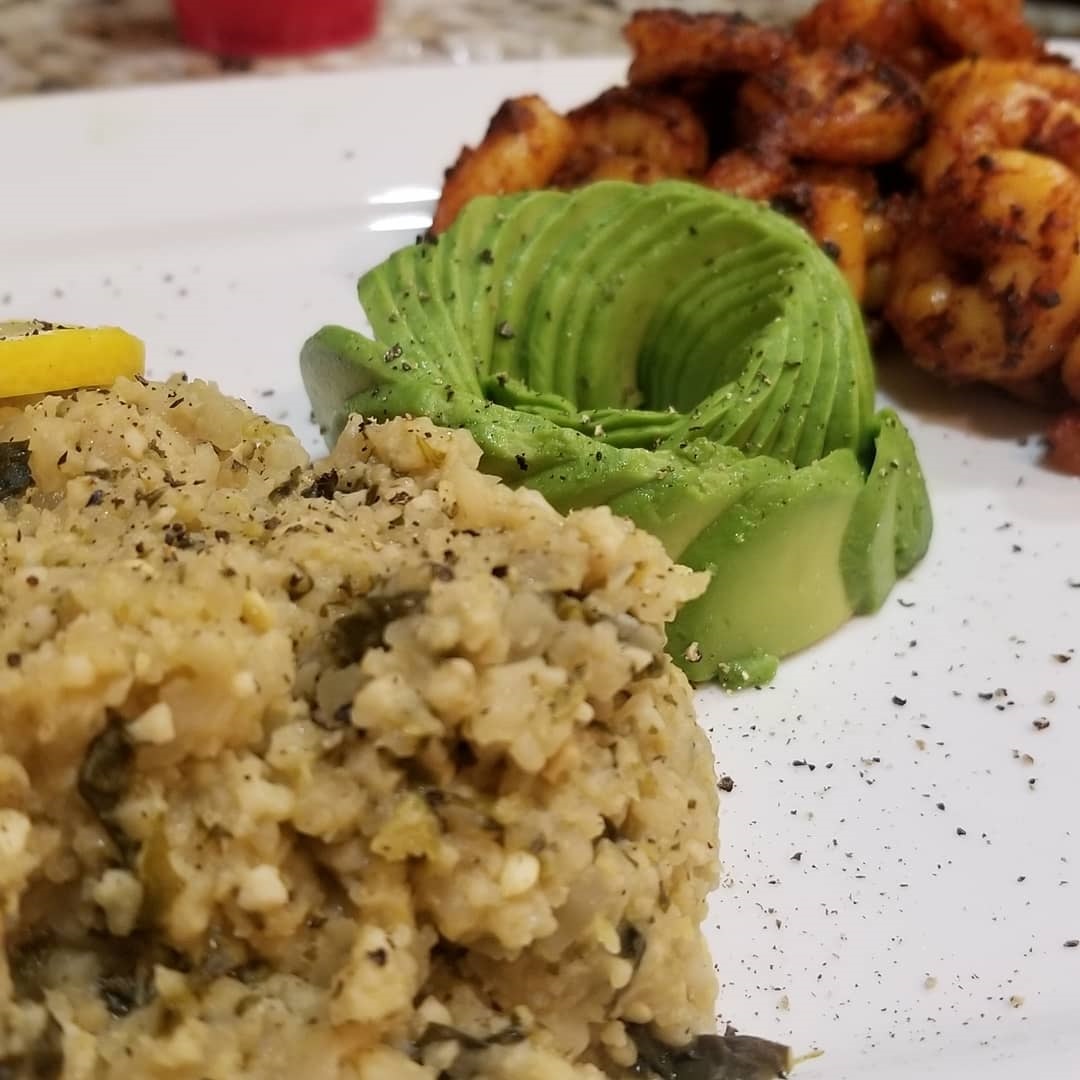 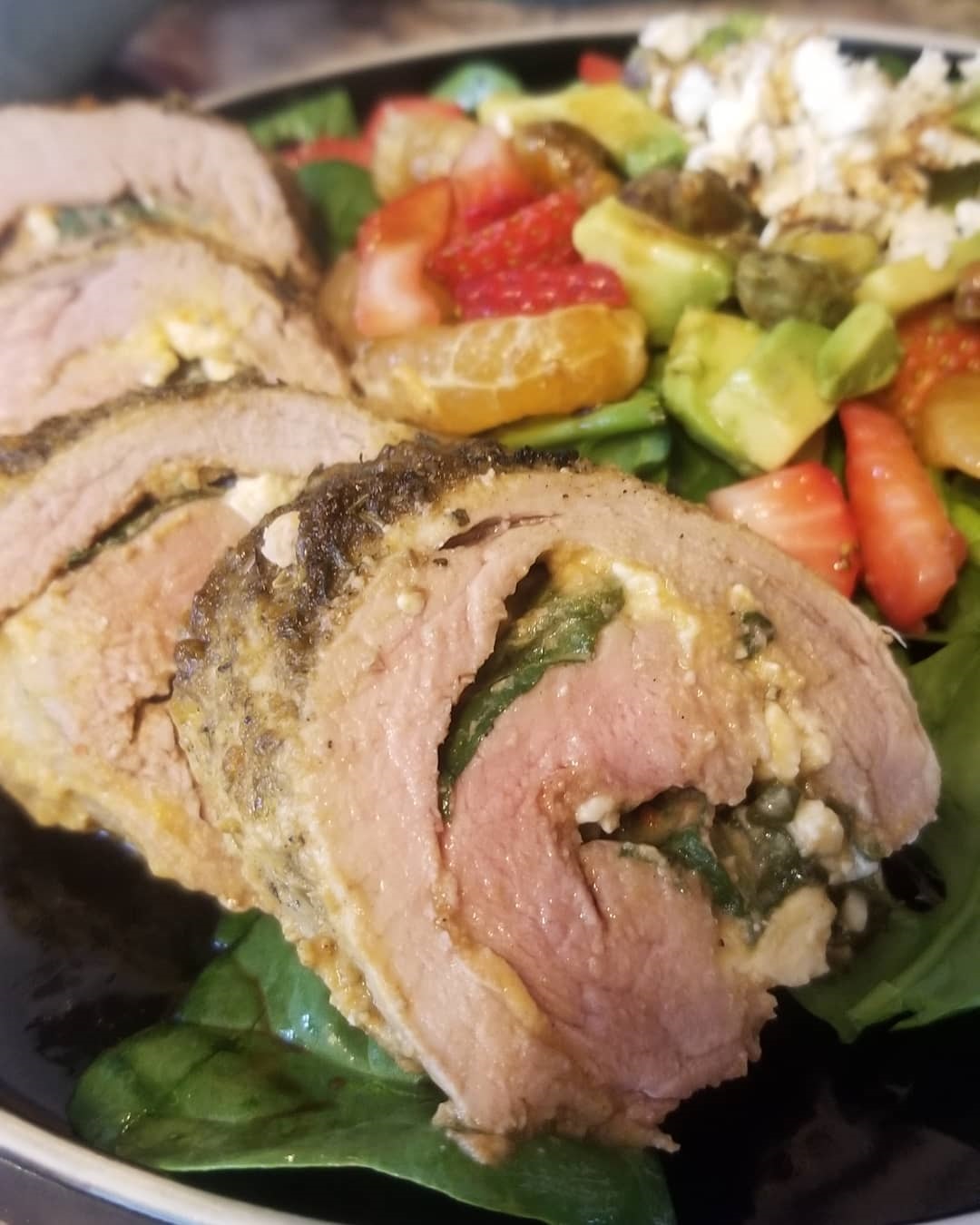 After working out all day, McGregor is sure to eat well in the evening.

Chicken is one of his many options, and it's been noted via his Instagram how much he consume in one sitting!

Other go-tos include sushi dinners, again baked cod or tuna steak, as well as prawns.

In terms of veggies, it's green beans at dinner time normally. Then there's a side of sweet potatoes, and/or rice.

McGregor, who owns the Irish whisky brand Proper No. Twelve, has been known to enjoy a tipple at dinner time.

When you workout as much as McGregor does, you have to constantly refuel your body.

That's why there are three snack times a day, one before lunch, as well as pre and post workout meals. 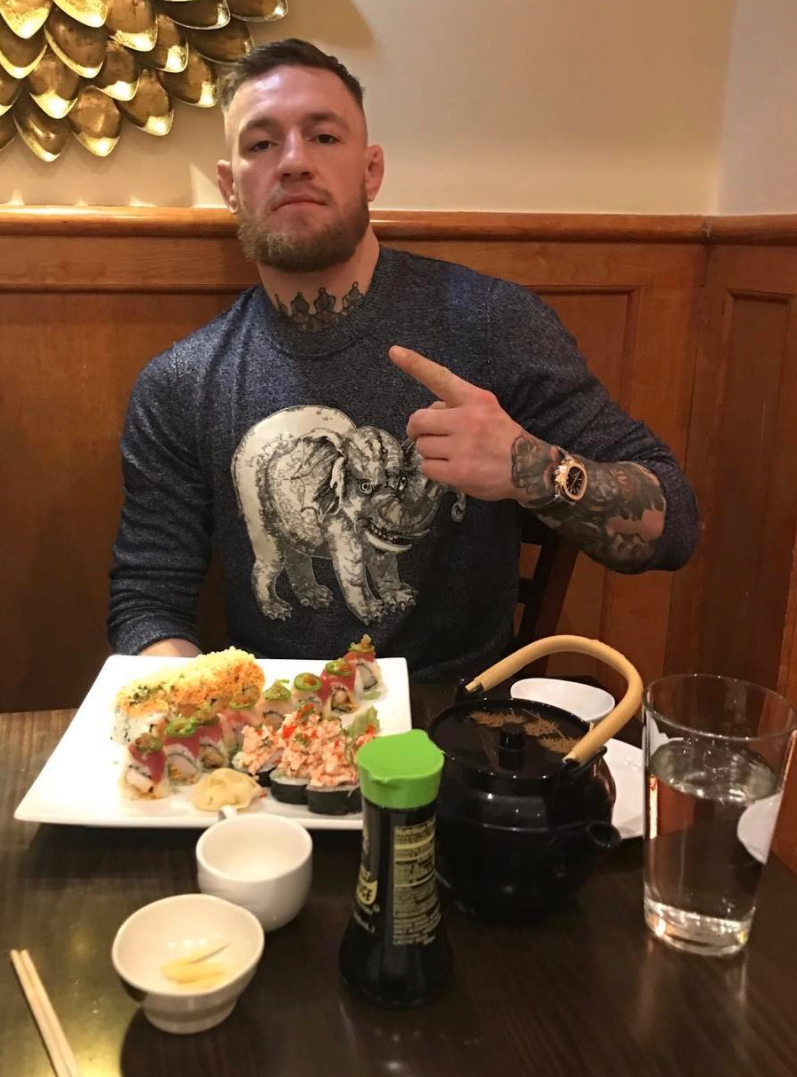 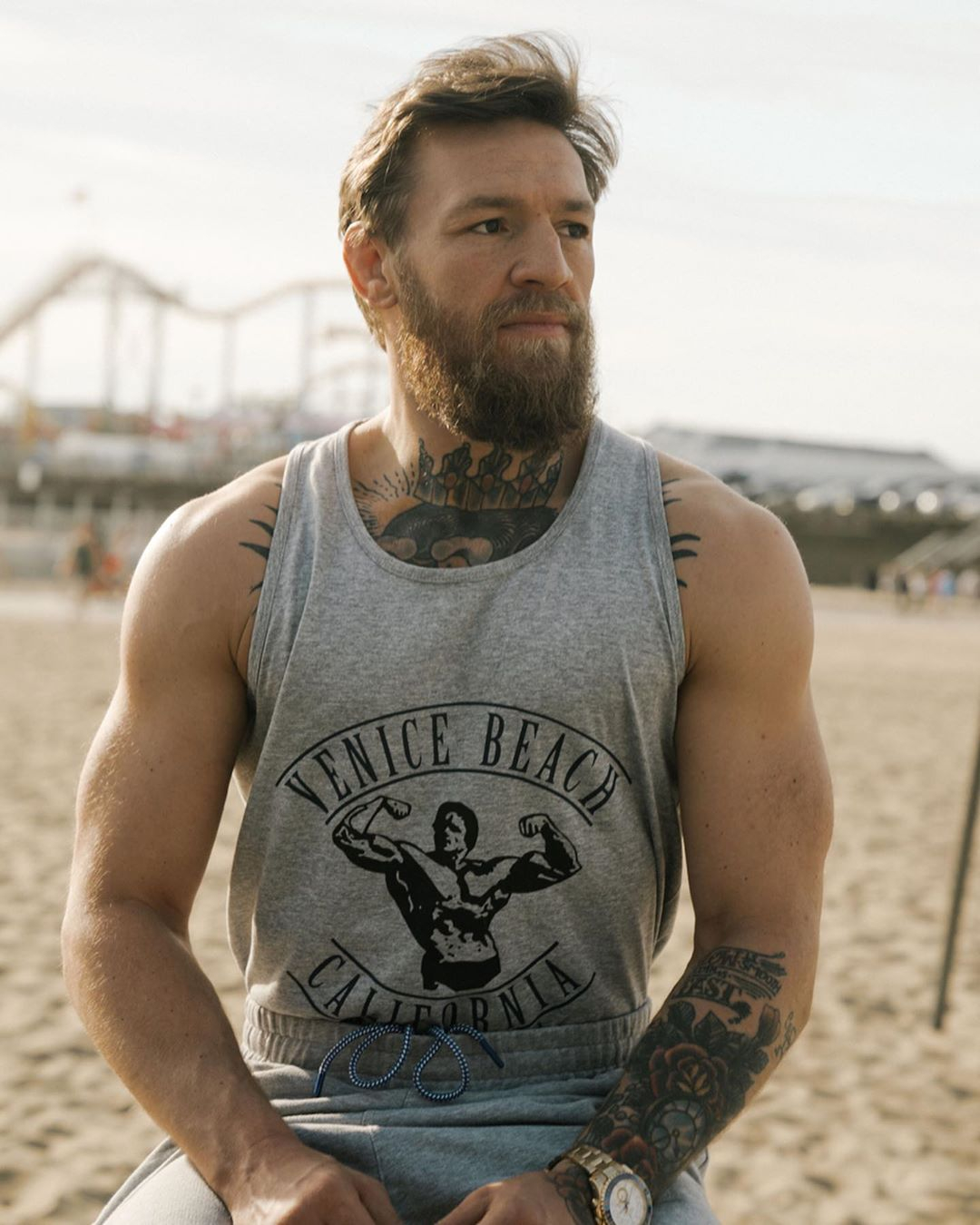 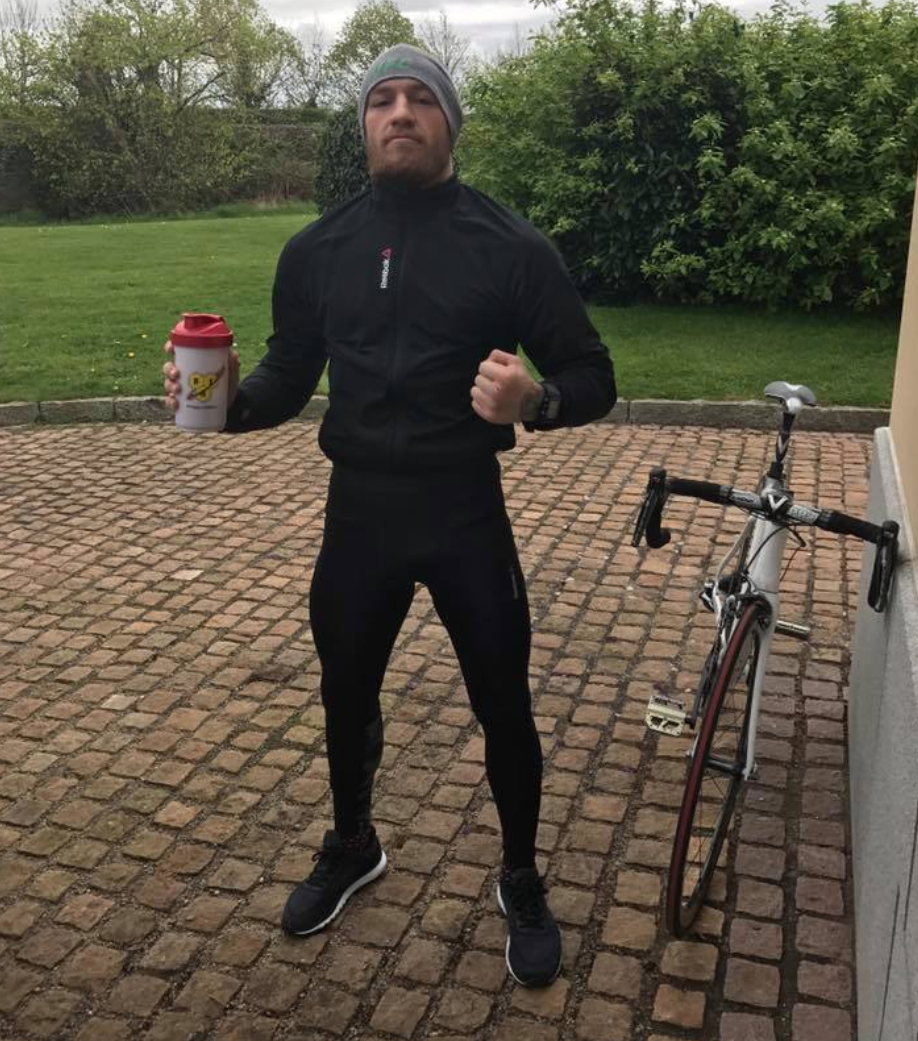 I'm eating like a king these days. @thesirtfooddiet #CheckItOut #Thanks

I'm eating like a king these [email protected] #CheckItOut #Thanks 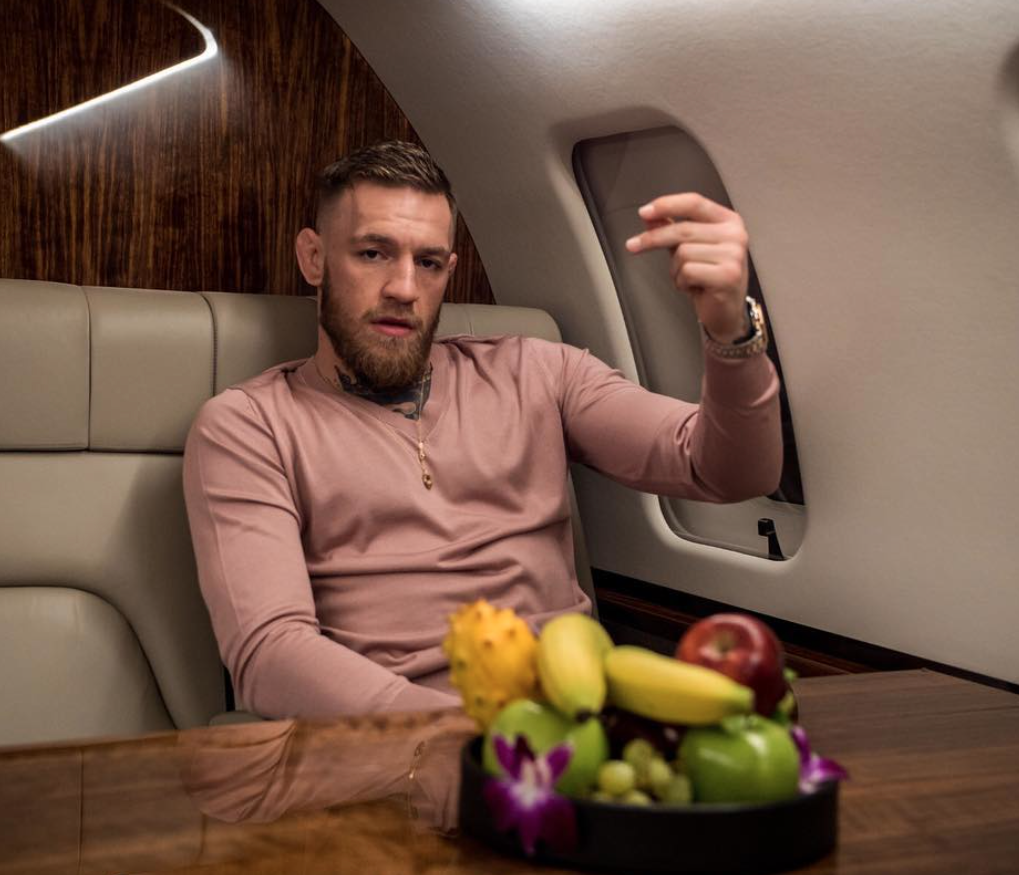 He'll first have a healthy Greek yoghurt, adding in some nuts packed with fiber, protein, vitamins and minerals, including folate, vitamin E, potassium and magnesium.

Then, before he starts a gruelling session in the gym, he'll eat fruit, including blackberries, blueberries, apples, strawberries, and grapefruit.

After his training session, McGregor will down a BSN shake, drink coconut water to stay hydrated, and might chow down on some carbs – sweet potatoes, rice, oats or a glass of milk.

Late night, as he's settling down for an evening's rest, he will end the day with a Green tea, which is great for fat burning.

Despite following a very strict diet plan, even McGregor has his weaknesses.

He has a fondness for cake to cure his sweet tooth.

“I look forward to the day when I’m old and able to eat what I want. I’ll be a little happy fat guy,” McGregor once told The Toronto Sun.

“I’m a sweet man. I like cake and a nice coffee. I’d much rather that than like grease.

"So for me, I love meat. But a cheat would definitely be a nice coffee and a cake.” 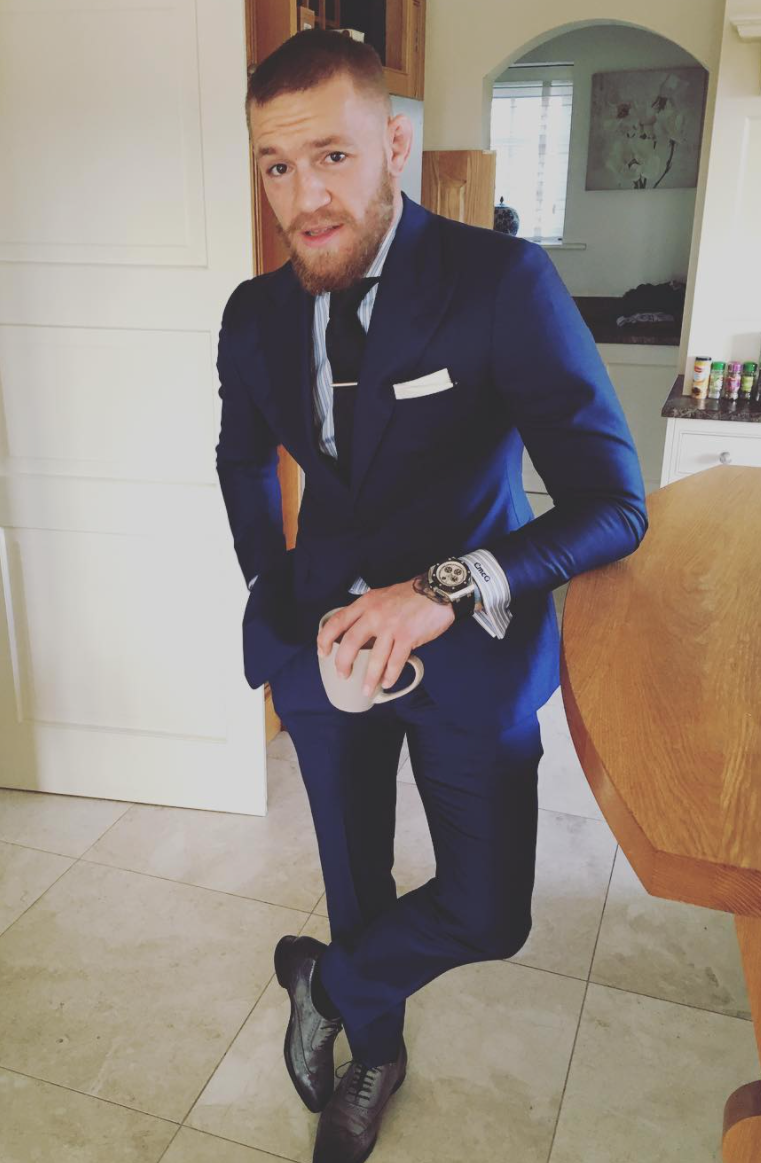 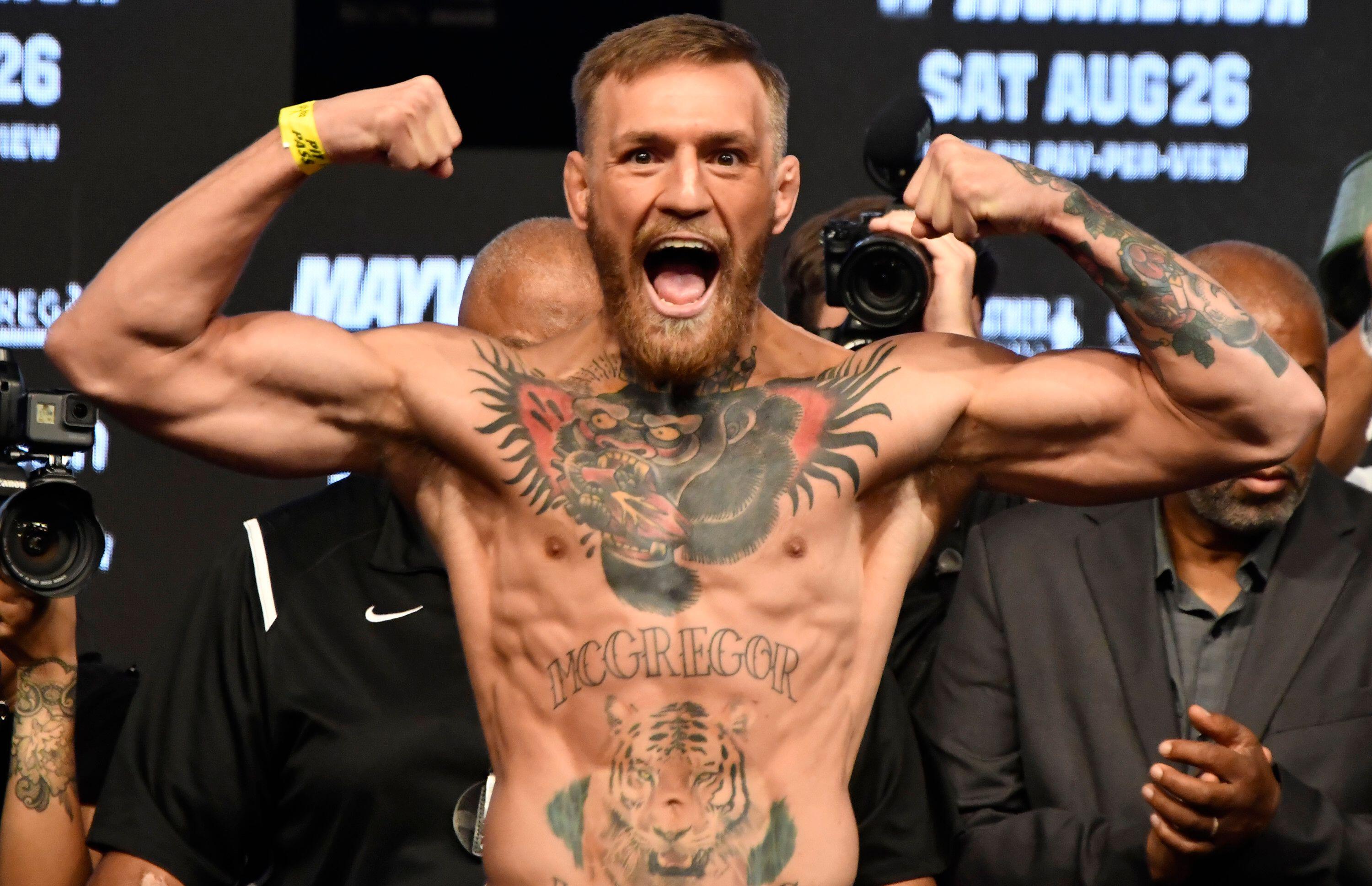 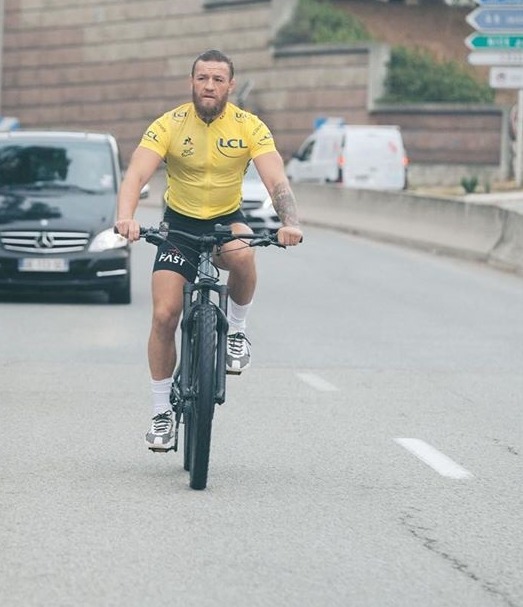 Dark chocolate is another favourite, and that's more in keeping with his Sirt food diet.

McGregor is back in training, after he leaked on Twitter he is fighting Pacquiao next in the Middle East, although a date hasn't been confirmed.

You can bet he will be eating well today though.