A San Diego-area school district voted Tuesday night to fire the head basketball coach of Coronado High School following an apparent racist incident over the weekend in which tortillas were thrown onto the court, according to reports.

The Coronado Unified School Board voted unanimously in a closed session to fire coach JD Laaperi. The board also discussed student disciple but did not take action, according to the San Diego Union-Tribune.

The incident occurred after a championship game between Orange Glen High School and Coronado on Saturday – won by Coronado 60-57 in overtime. Witnesses apparently said Laaperi cursed at an Orange Glen coach after the game, saying “That’s why you don’t talk (expletive). Get your kids and get the (expletive) out of here,” the paper reported. 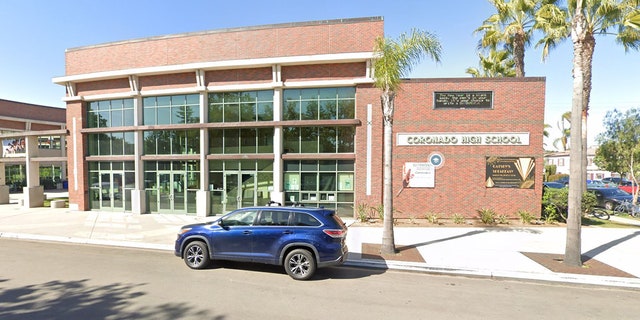 Prior to his firing, Laaperi said the school was already taking “appropriate action” into the incident, which he called “unacceptable and racist in nature.”

District Superintendent Karl Mueller added that “swift action will be taken to address all those involved, and they will be held accountable,” FOX 5 reported.

During a press conference Tuesday, several community members had called for the firing of Laaperi – who they accused of stoking the tension.

Some believed that an apology from Coronado was not good enough.

“We don’t want prayers and, ‘Oh, we’re sorry.’ We want action,” said Enrique Morones, founder of the Gente Unida organization, a California-based non-profit, according to the Union-Tribune.

Others argued the tortilla throwing was not meant to be racist. Candie Couts, a self-described Coronado alumna, took aim at Mueller for assuming members of the Coronado team were guilty of the incident.

“They didn’t think that it could be perceived as a racial issue,” Couts said. “Our team consists of all kinds of races as well as Orange Glen. You had no right insinuating their guilt for something you had no idea about.”

Wayne McKinney, captain of the Coronado basketball team, said players and coaches received hate messages and death threats over the incident, according to the paper.

“It was not based on race or class; it was simply a great game between two teams,” McKinney said. “I think many people are making Saturday out to be something it was not.”