A gospel music prodigy as a child, Mr. Williamson went on to sing with the Motown group for nearly a decade. He died of the coronavirus. 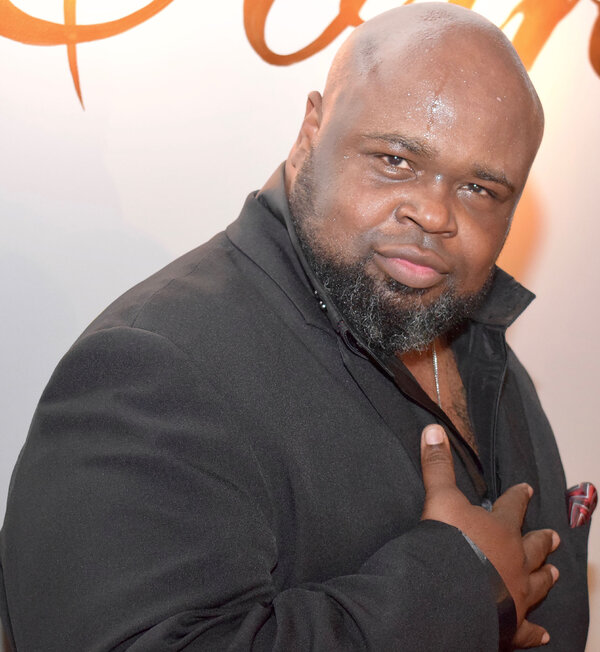 This obituary is part of a series about people who have died in the coronavirus pandemic. Read about others here.

When Bruce Williamson Jr. was a child growing up in Los Angeles and singing gospel music at local churches and on the radio, he was billed as “the little boy with the big voice.”

Years later, when he’d become a professional singer and a member of the Temptations, the longtime R&B hitmakers, Mr. Williamson acquired a new nickname. A large but nimble man, a churchy shouter who flirted with audiences, he was known as “Big Sexy.”

“That big old guy knew how to spin around on that stage,” his mother, Frances Robinson, said.

Mr. Williamson died at MountainView Hospital in Las Vegas on Sept. 6. He was 49. His mother said the cause was complications of the coronavirus after he contracted pneumonia.

Mr. Williamson had been wowing audiences for 30 years by the time he got his break with the Temptations in 2007. G.C. Cameron, one of the group’s lead singers, left that year to pursue a solo career. According to Mr. Williamson, in an article on the website of the magazine Las Vegas Black Image, he met Ron Tyson, the group’s longtime tenor, who recognized his talent and lobbied for him to become a member.

Mr. Williamson sang on the Temptations albums “Back to Front” and “Still Here” and toured the world with the group.

The Temptations have had many members since they scored hit after hit (“My Girl,” “Ain’t Too Proud To Beg,” “Get Ready,” “Just My Imagination”) in the 1960s and ’70s for Gordy Records, a subsidiary of Motown. But Mr. Williamson stood out.

Reviewing “The Temptations and the Four Tops on Broadway”in 2014, The New York Times’s chief popular music critic, Jon Pareles, called Mr. Williamson “a find: a large man who’s light on his feet and, even more important, full-throated with gospel timing.”

Bruce Alan Williamson Jr. was born on Sept. 29, 1970, in Los Angeles. His father was a long-haul truck driver. His mother worked as a charter bus driver and sang in the choir at Magnolia Missionary Baptist Church. It was there that she first heard what she called her son’s God-given talent.

“My sister took him to the youth choir,” Ms. Robinson recalled. “They surprised me the next Sunday by not telling me that my son would be leading a song.”

“When he started singing,” she added, “I stood up. I froze.”

Mr. Williamson spent his youth singing in the church and performing alongside gospel stars like James Cleveland and Kenneth Glover in concerts that were broadcast on Sundays on KDAY, Los Angeles’s gospel radio station at the time.

The family moved to Las Vegas when Mr. Williamson was a teenager. After graduating from Eldorado High School, his younger brother, Cliff Robinson, said, he began singing on the Las Vegas Strip.

After nine years with the Temptations, Mr. Williamson returned to Las Vegas and never lost a step, performing with the Lon Bronson Band, Sons of Soul and other local acts.

Mr. Williamson was married and divorced three times. In addition to his mother and brother, he is survived by his sons, Rernishio, Tristian and Bruce III.

In a video interview posted on YouTube, Mr. Williamson talked about his early emulation of Luther Vandross and Ali-Ollie Woodson, who sang with the Temptations in the ’70s, and how he had worked to find his own voice. He explained the essence of his approach this way: