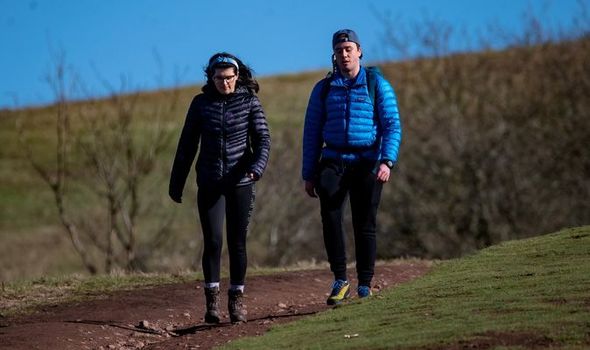 A study of 2,000 adults found that almost two thirds turn to sweets or chocolate to revitalise themselves and 34 percent resort to listening to high tempo music. More than a quarter wind the window down in the car in an attempt to wake their brains and bodies up. A further one in 10 said chewing on gum is a tried and tested way to feel more refreshed, while 46 percent drink a glass of water.

Other unusual methods Brits have used to get an energy boost include jumping up and down (11 percent), singing (9 percent) and even taking an ice bath (5 percent).

More than six in 10 (63 percent) also claim fresh air is important when it comes to maintaining good energy levels, with 50 percent opting for a walk and 13 percent going for a run to give themselves a boost.

The research was commissioned by Volvic as it launches its new Touch of Fruit Vitality Pineapple and Orange with added vitamin B6 to help reduce tiredness and fatigue.

Marie Chaigneau, brand manager at Volvic, said: “It’s been interesting to uncover the lengths to which people will go to give themselves an energy boost – some of which are certainly more unusual than others.

“Feeling refreshed all the time can be challenging, so we’ve been on a mission to find a simple and effective way to invigorate the nation’s energy levels. 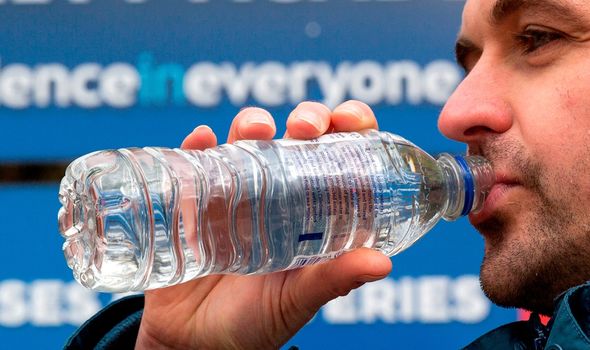 “As nationwide restrictions start to lift, and with warmer weather on the horizon, we’re on a mission to invigorate the nation, and encourage them to explore the great outdoors.”

The study also found more than two thirds of adults perform these methods to stop them feeling tired or sluggish.

Three in 10 admitted they struggled to keep their eyes open when low on energy and 26 percent unable to get out of bed in the morning.

A tenth even admitted to falling asleep at their desk because they’ve run out of steam, while 36 percent admitted they have forgotten to do something important and 22 percent have made a mistake at work.

A third also revealed they tend to lack inspiration when levels are low, while 45 percent usually become mentally sluggish.

But 42 percent claim energy-boosting methods help them to think better, while a third said it encourages them to actively do something, such as exercise.

It also emerged that 37 percent find themselves needing to apply one of these ‘tricks’ on a daily basis – with the average adult needing a boost twice a day.

The first energy lift is needed at 11.49am, with productivity levels peaking an hour later – but adults then see another low at 3.49pm.

The day job takes up most of their energy for 34 percent, while almost three in 10 said cleaning the house wipes them out.

And for 19 percent it’s either exercising or walking that will leave them feeling tired.

However, more than half of those polled via OnePoll, feel ‘more awake’ while spending time outside and for 45 percent this has a positive impact on their overall mood and mental health.

Similarly, 29 percent admitted their appreciation of nature has increased due to the lockdowns.

7. Put the window down in a moving car