Brian May is already waging war on the coronavirus blues with his series of micro-concerts live-streamed via Instagram but has also come on board with a brand new project designed to lift spirits during the lockdown. The Queen icon co-wrote and produced the new charity single by Kings Daughters, an all-female rock band fronted by Talia Dean, of X Factor fame. The song, Get Up, is a feel-good, uplifting tune made to “raise your spirits on a dark day”.

The accompanying music video features clips of people from all over the world, all dancing the same simple, cheerful choreography.

Nurses, families, friends and even Queen star May himself stand up and perform the series of moves in the compilation clip, marking a cool cameo for the veteran rocker.

In an interview with ITN News last night, May explained why he got involved with the band to help make Get Up and participated in the video.

“It works for me. It makes me smile, and not a lot of things do at the moment,” he said, speaking from isolation at his Kensington home. 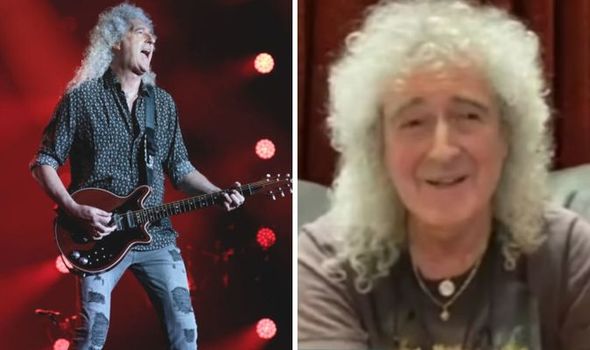 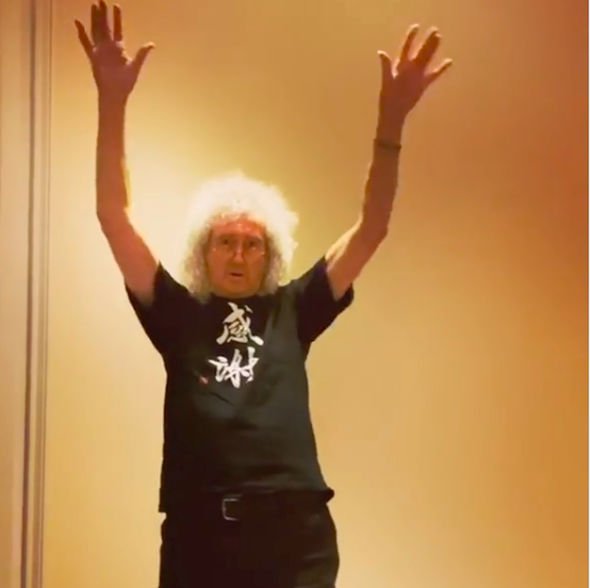 “It’s a very hard time, this is a tragedy, but there are things to be grateful for,” he insisted.

“It might be me, seeing as I’m an elderly, vulnerable person, but it’s not all bad,” the guitarist continues.

“There are good things to look forward to, this is only for now. 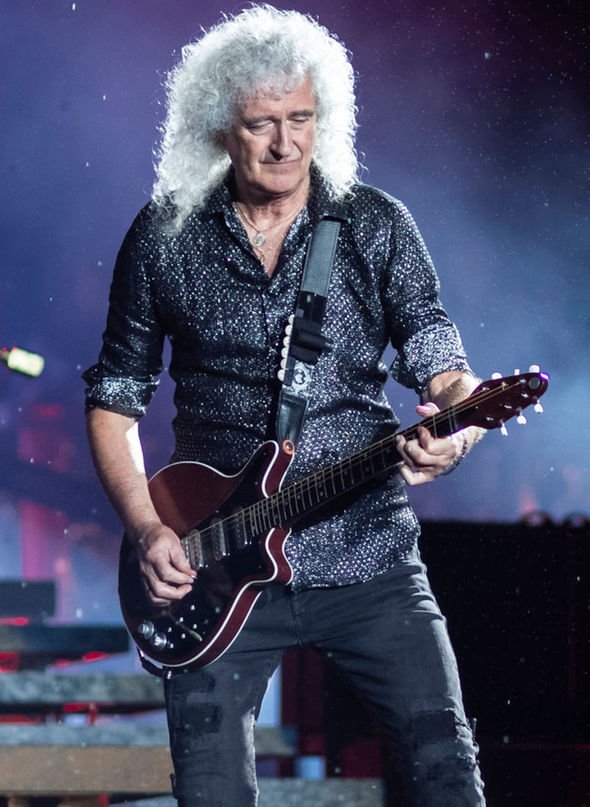 “This record is just designed to bring people up.”

ITN also aired a clip of Kings Daughters singer Dean revealing her surprise at May wanting to work with them on the single.

“When Brian said he wanted to work on this song, I thought he was joking,” she explained in a video.

“I thought, why would this huge rockstar want to work with little old me, little old us?”

May said he was “infused with some hope” from the moment he first heard Get Up and spoke about the fact 10 per cent from the sales of the record will be going to the mental health charity Mind.

The Queen legend went on to open up about his own experience in isolation during the coronavirus lockdown.

“I’ve been through some dark times,” he admitted. “I am a depressive, really, so I found it very difficult at first, especially the loss of freedom.

“But I’m getting through it and I’m finding there are joys to be found in isolation.”

The musician, who is sharing a number of guitar videos via social media to keep fans engaged and entertained during the ongoing pandemic, pointed to people getting “creative” from home.

“The cars can stop, the planes can stop, the air can get clear. Suddenly we can all breathe again!” he said, listing some silver lining aspects of the current situation. “That’s going to save countless lives.

“There’s no animals being knocked down on the roads anymore.

“All these things that we think are part of our society and can’t be got rid of, all the evils that humanity has brought to the world, they’re not inevitable,” he added. “Maybe we can change, maybe we need a new direction.”