Boy, 12, is left red-faced after his mother’s throwback snap of him COVERED in Sudocrem as a toddler goes viral 10 years on

A 12-year-old boy has been left red-faced after a snap of him covered in sudocrem as a toddler has gone viral.

Mum-of-two Sophie, 42, from Devon caught her then two-year-old son Sidney smothering himself in a pot of Sudocrem 10 years ago.

After unearthing the mortifying picture of her son, Sophie, from Devon, decided to post it online for a laugh.

The decade-old photo quickly racked up hundreds of likes from parents across the country, with some even sharing their own pictures of their childrens’ nappy cream calamities. 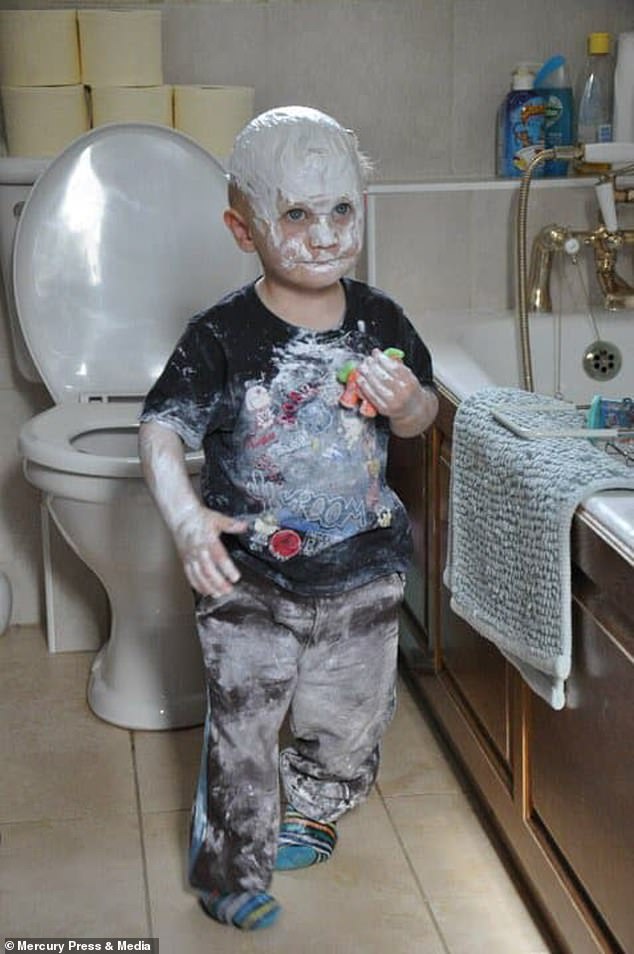 Mum-of-two Sophie, 42, from Devon caught her then two-year-old son Sidney smothering himself in a pot of Sudocrem 10 years ago.

‘The picture pops up on my Facebook memories every year and this time I decided it might be a laugh to reshare it,’ Sophie said.

‘Everyone’s been there with their own kids so it’s quite relatable – no matter how much you watch them, you turn your back for two minutes and they’re doing something they shouldn’t!

‘Sidney is a little bit embarrassed about the picture but he has a laugh with me whenever I show it to him.

‘I didn’t expect it to get such a huge reaction from other people online. People said he looks like Uncle Fester or Casper the ghost which I find so funny. 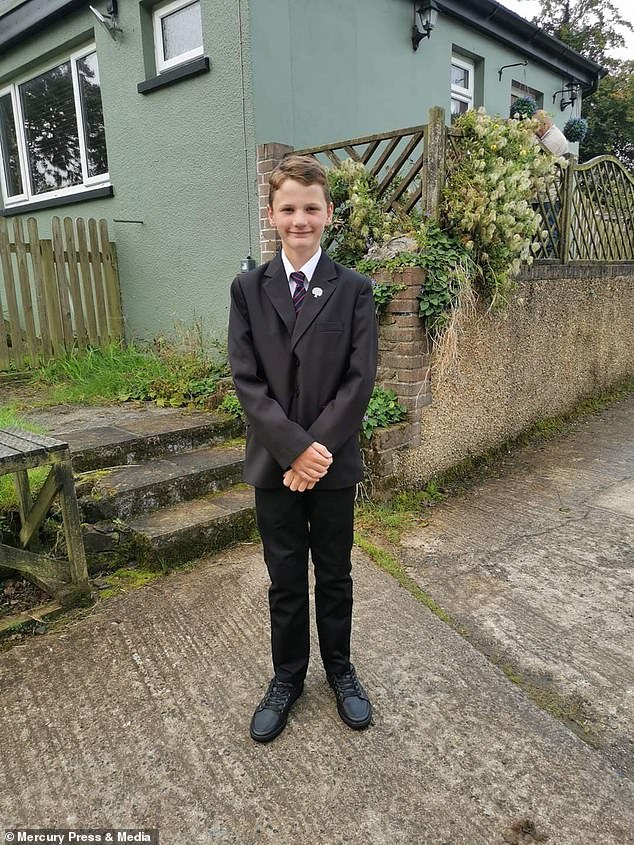 ‘Other parents were sharing their childrens’ Sudocrem disasters and I think we got off a bit more lightly than others because Sidney covered himself in the cream, whereas others have covered the furniture in it.

‘It was nice to put a smile on people’s faces from sharing an old picture.’

Recalling the moment she found Sidney covered in the cream 10 years ago, Sophie said it was extremely amusing – but she spent several hours trying to clean it all up.

She added: ‘When I found him like that it was a mix between shock, horror and laughter.

‘It was horrendous getting the cream off him – we even had to chuck away the clothes he was wearing.

‘I tried combing as much of it as possible out of his hair and we had to wash it with washing up liquid too which was hilarious.

‘I just remember being in disbelief and trying to figure out how it happened.

‘The best thing about the picture is the fact that he’s managed to avoid his eyes with the cream – I think he must have slathered it on his hands and combed it forward.’