Nobody who looks at the disasters unfolding in the US and Britain can doubt the value of Australia’s tough COVID-19 control measures, including the willingness to close state borders to stop the spread of the disease. Genomic tests have shown, for example, that the Black Rock cluster in Victoria is linked to the northern beaches outbreak in NSW. It seems most likely that the Victorian mystery case who attended the Boxing Day Test at the MCG also originated north of the Murray.

But the application of these rules has, at times, been arbitrary and cruel. As the painful and perverse consequences of the closures of state borders come to light, state governments should develop more compassionate and flexible approaches to implementing them. 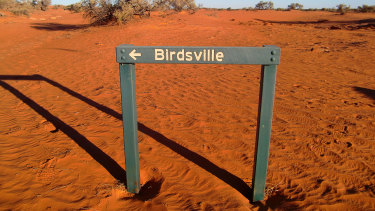 The Age has reported over the past few days on the plight of Victorians who drove to Queensland for Christmas only to find that a detour of 2300 kilometres was the only way to get back home after Victoria closed its borders to people who had been in NSW. Instead of heading south from Brisbane, they drove west to the Birdsville Track and then via South Australia. While the border closures are supposed to save lives, forcing people with little outback experience onto an unsealed desert road in low-clearance vehicles could easily put some lives at risk.

Better planning would have avoided the problem and Victoria has begun issuing permits to Victorians in Queensland and the ACT allowing them to drive back through NSW. People are urged to stop only when necessary and wear a mask in public places.

While governments have promised to show compassion in granting exemptions to border closures, cases continue to emerge where pleas for help have been met with a wall of bureaucracy. The Age wrote of the heartbreaking case of Rebecca Boyce, who was not allowed back to Victoria for her mother’s funeral after pleas for an exemption were ignored by Victorian authorities.

The states have offered some excuses. For example, they might not have been ready to test and isolate tens of thousands of returnees. It has not helped that the latest outbreak occurred over Christmas.

But the pandemic makes more closures almost inevitable and plans to cover these eventualities should have been put in place long ago.

The inconsistency of border closures imposed by different states is also confusing. Victoria first limited its border closure to people who had been in Greater Sydney but suddenly extended the quarantine rules to everywhere in NSW, leaving many people who had travelled to COVID-free parts of the state stranded. Some other states such as Queensland have only closed their borders to the declared hotspot of Greater Sydney.

If the reason for the patchwork approach is the difficulty of co-ordinating contact tracing and other inconsistencies between the different health systems it could be solved by closer co-operation between the states. For example, NSW Police could help monitor the behaviour of Victorian drivers crossing from Queensland. If each state improves its contact tracing, border closures will be easier to manage and target.

The federal government should also use resources such as Australian Defence Force personnel to help out.

Even though the federal government has brought forward the timetable for immunisation, Australia will have to battle the pandemic for months. Further inconsistency and poor execution could endanger Australia’s public health response.

People will be more willing to follow restrictions, such as border closures, if they can see they are proportionate, compassionate and well executed.

The Age’s editor, Gay Alcorn, writes an exclusive newsletter for subscribers on the week’s most important stories and issues. Sign up here to receive it every Friday.