CANNES, France — The unexpected upside to the Cannes Film Festival being bumped from its usual May berth to sweltering mid-summer is the bright blue skies and breathtaking sunsets. Dior made the most of it Saturday evening, throwing a breezy cocktail party at Club by Albane on the rooftop of the JW Marriott.

Maggie Gyllenhaal made an appearance at the party, as she has been making the rounds during her jury duty. “So far I’ve been basically on New York time. I can’t get to bed before 2 a.m., but everyone tells me that’s how Cannes is,” she said of the city’s legendary late-night party scene. “It’s so glamorous, I feel like, ‘Is this what Judy Garland’s life was like?’”

She’s seen seven films so far and was prepped for a jury meeting the next day, adding that her fellow jurors had diverse opinions so far. “People are different. All of the movies are interesting, really worth seeing — but some touch me more than others.” Although she confessed she was tempted to discuss her favorites, her lips were sealed. “We can talk in two weeks,” she joked.

Indeed, she said she’s been so busy that she’s only “been staring at the sea longingly” without time for a swim. “My brother told me I have to find someone who has a boat.” With yachts parked off the coast, she’s certainly in the right place to follow the younger Gyllenhaal’s advice.

All the Looks at the 2021 Cannes Film Festival

Bella Hadid and Carla Bruni caused a frenzy as they posed for selfies together. Bruni’s husband, former French President Nicolas Sarkozy, chatted with StudioCanal chair Maxime Saada and the pair looked on, amused.

Hadid, clad in a low-slung cream suit from the men’s line and styled by Kim Jones topped with a tight bustier, stayed standing to avoid any wardrobe malfunctions. “I can’t sit down right now. I want to, I want to so badly but I might explode,” she said. In fact, she slipped into a poolside cabin for a quick adjustment. 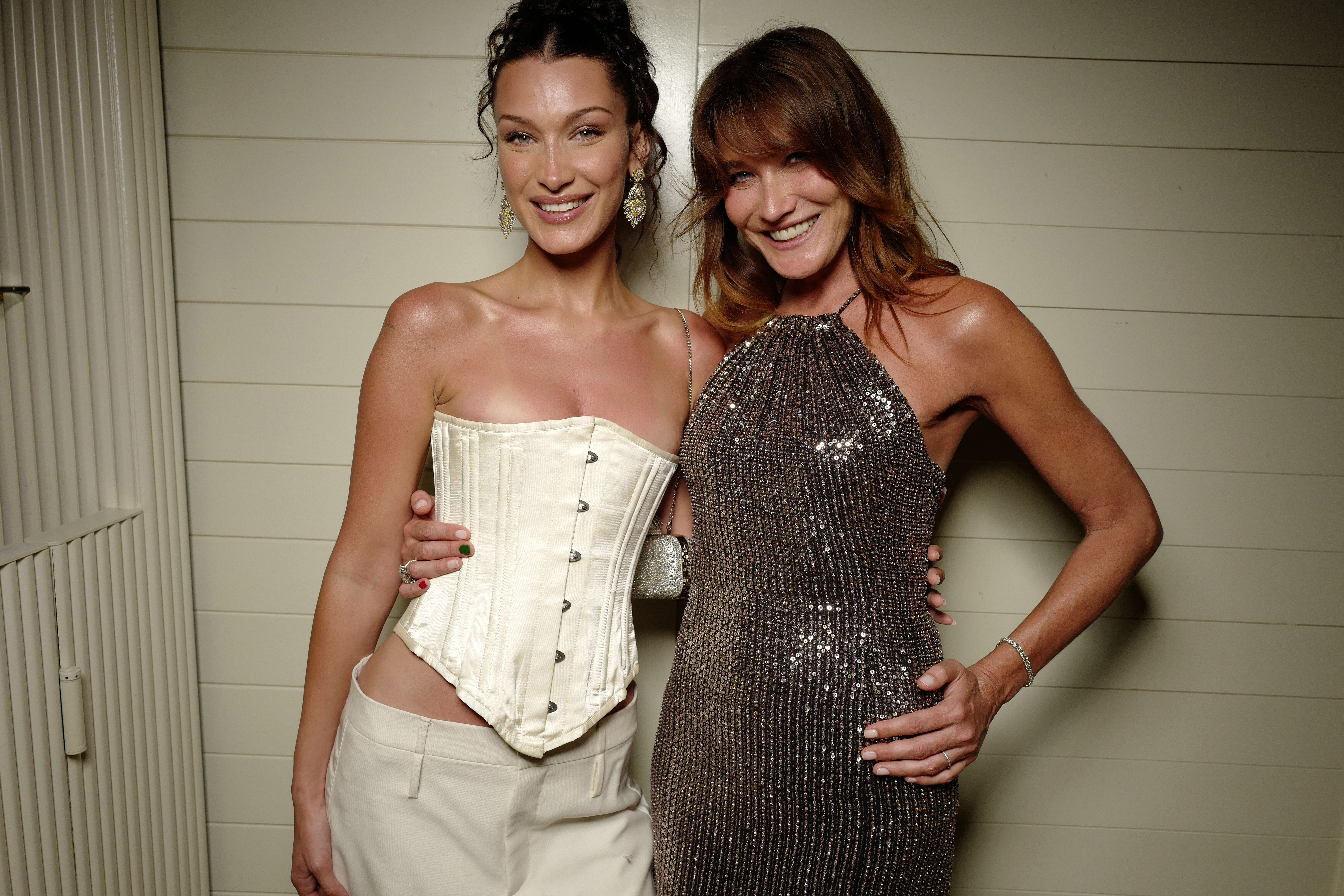 Iris Law, clad in a fringey frock, had landed just four hours before for her first trip to Cannes. She talked about her new blonde buzz cut. After researching the history of punk for a role, she decided to take hair matters into her own hands. “I just did it. I feel like every woman should shave her head once in her life. I love it. It’s just such an amazing experience, you have nothing to hide behind.”

She’s planning a big couture look to walk the red carpet Monday night, and celebrated the return of glamour. “I really missed dressing up,” she said. “I feel like a new person coming into it. I feel like I’ve grown up a lot in the past year.” 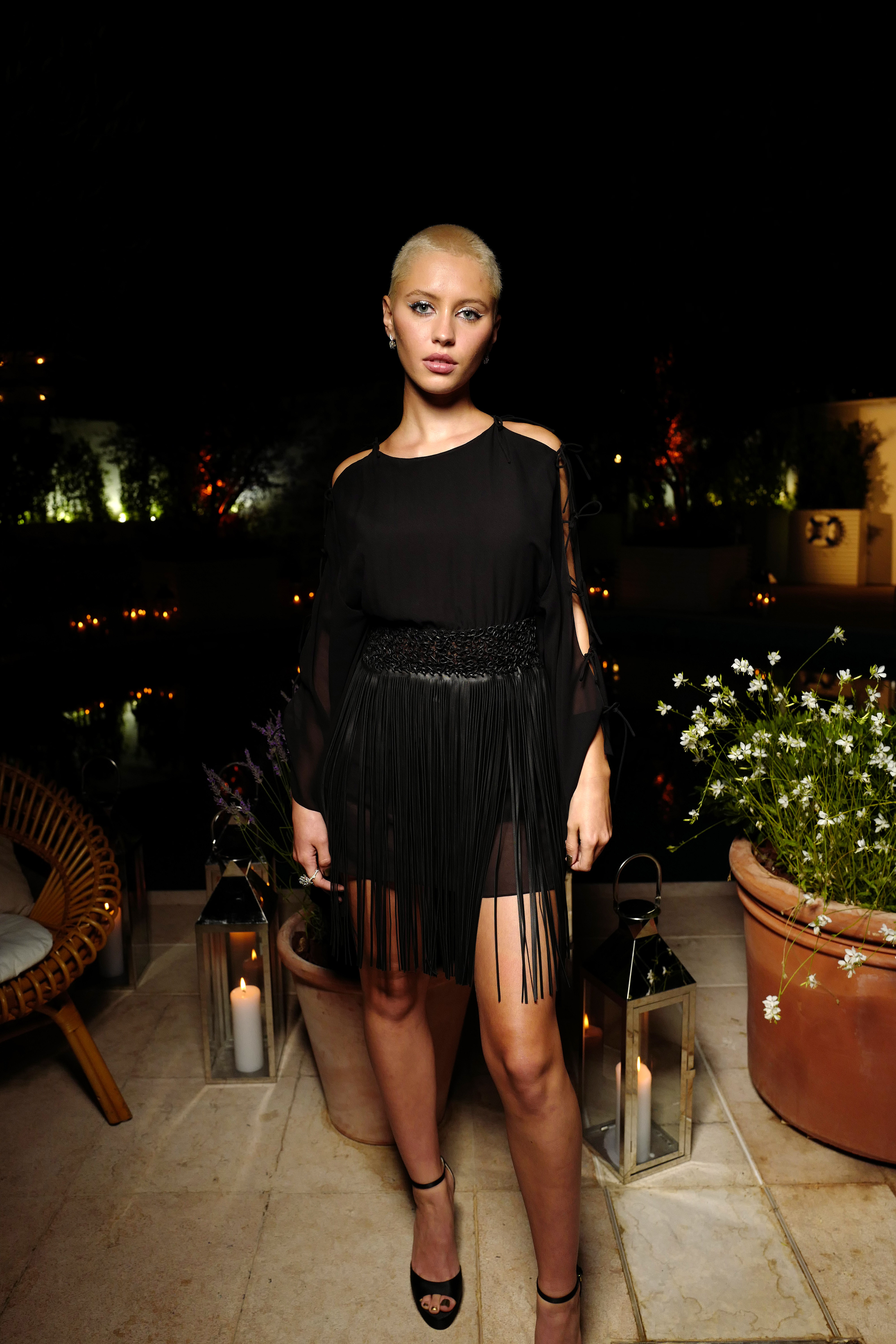 Adrien Brody, looking laid back and louche in a light blue linen shirt, was also prepping for the Monday premiere of “The French Dispatch” by Wes Anderson. “It’s really a love affair with France,” he said of the film. “We shot in Angoulême. You’re really transported into a world.” It will be one of the splashiest premieres of the week, with Timothée Chalamet and Tilda Swinton expected to attend.

“Emily in Paris” star Lucas Bravo was out of Paris and in Cannes for his first time as well. He admitted he wasn’t prepared for the Netflix show to be such a global hit and the instant stardom that came with it. “I couldn’t possibly imagine the way it was received and my character as well. I stepped into this huge production feeling the usual impostor syndrome,” he said. “But I connected to the fun and to the magic. People are reaching out to me saying it really helped them during the pandemic, and that’s why we do this in the first place.” 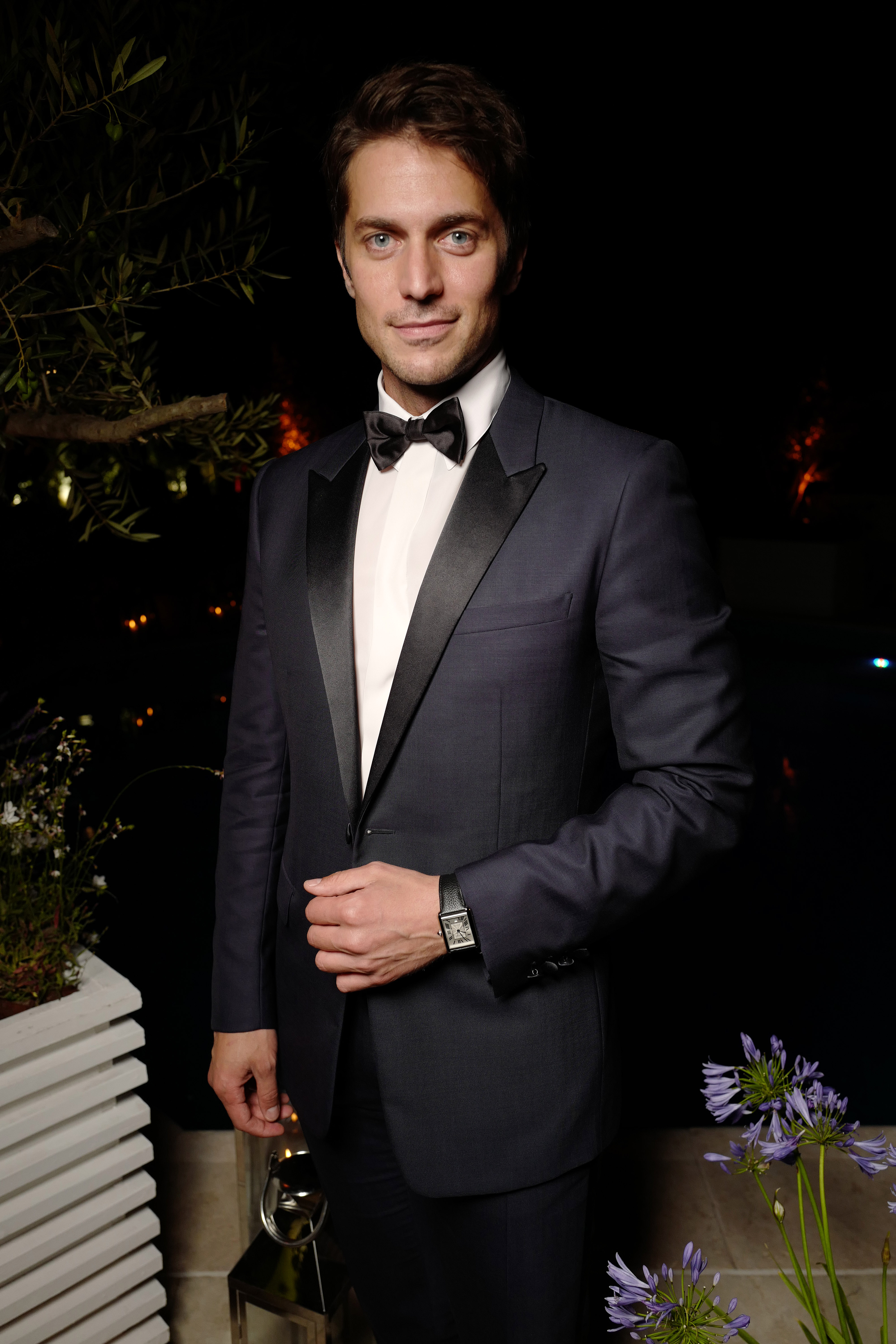 As stars proved the bise is back (“Are you vaccinated?” French comedian Gad Elmaleh joked was the greeting of the night), everyone spent the evening under the moonlight. 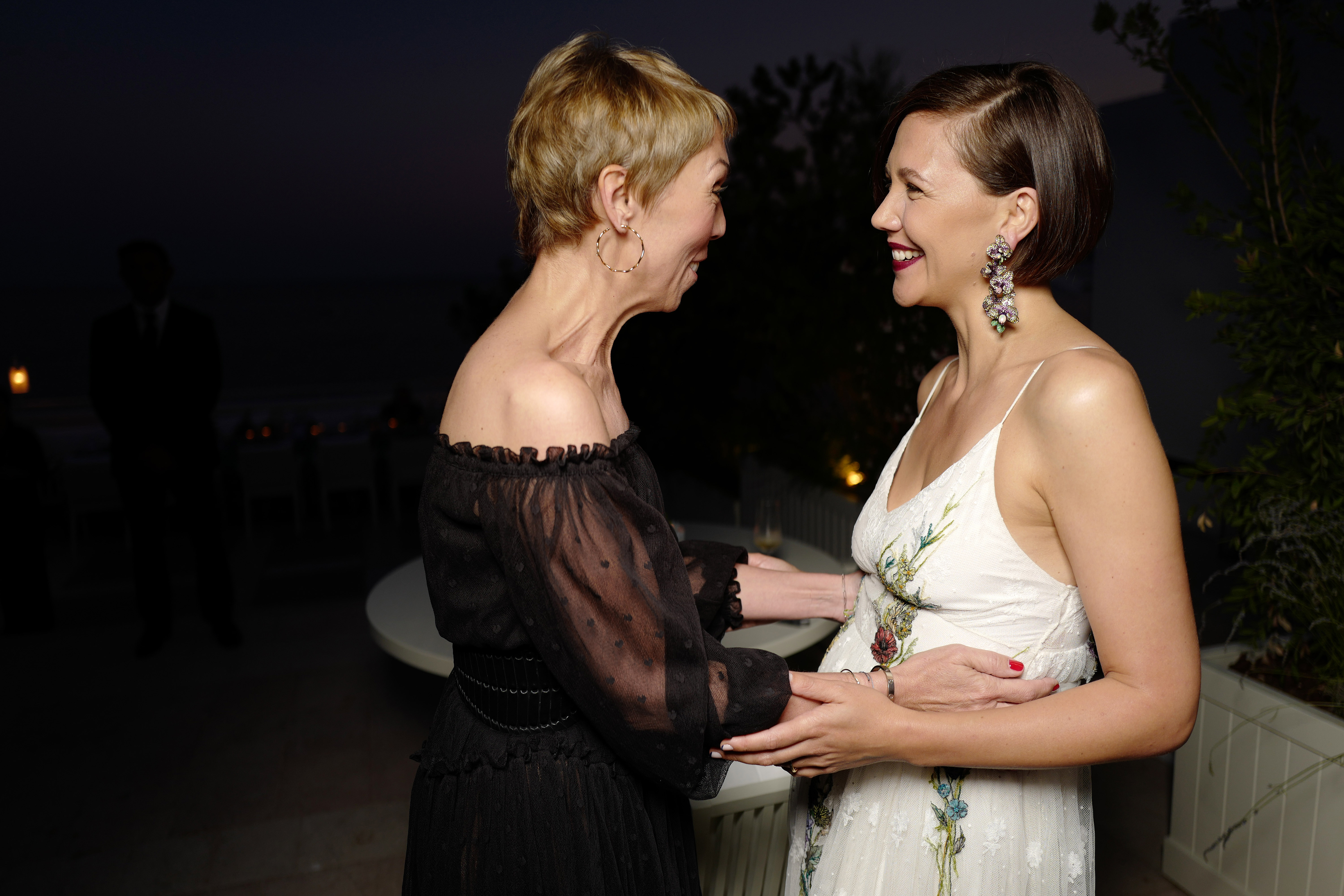