The Polish goal machine took his season’s tally to 39 with the opener past Lazio on Wednesday night. 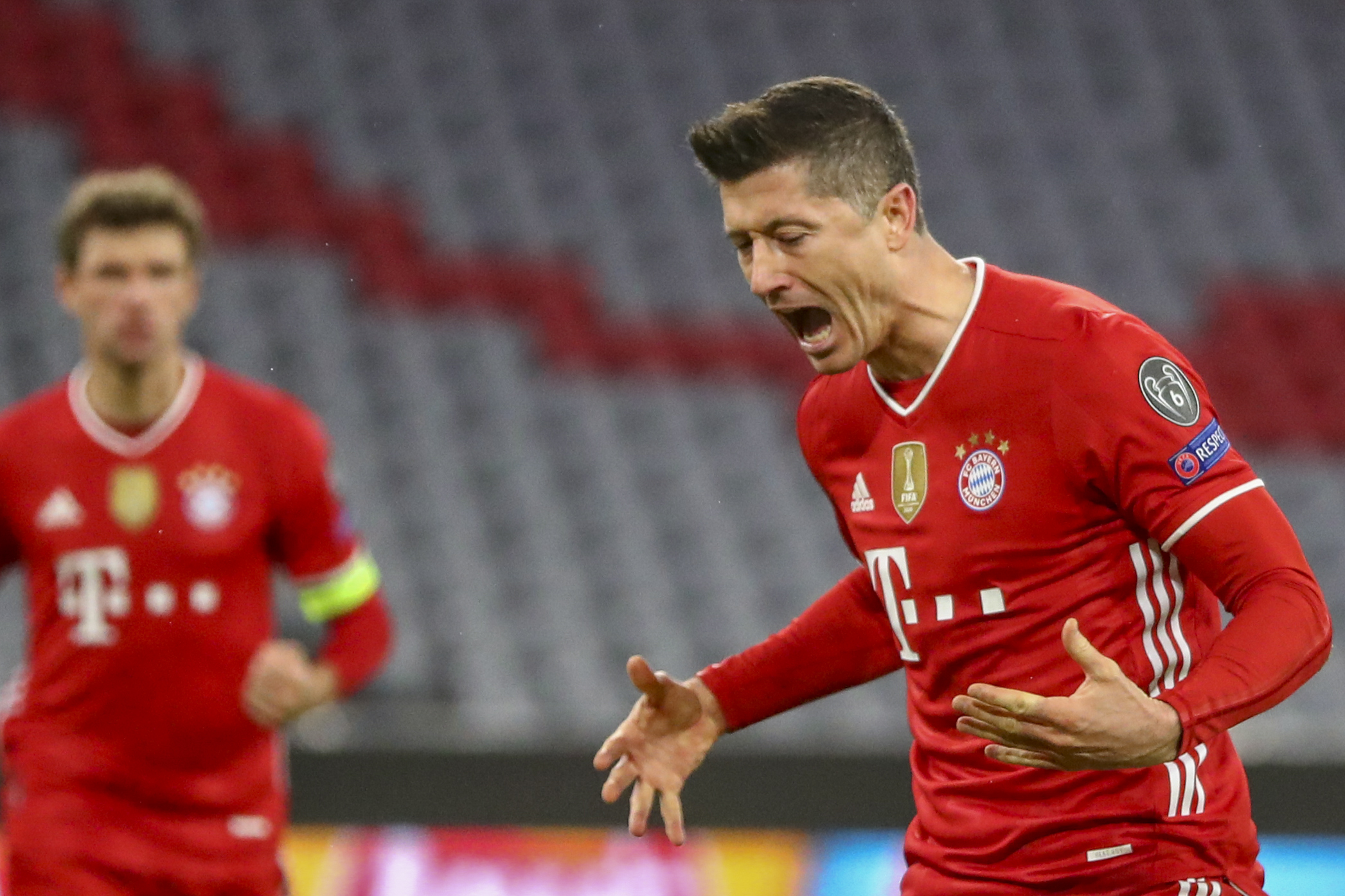 And Eric Maxim Choupo-Moting was also on target as the Germans kept their title defence on course.

Lazio striker Vedat Muriqi hauled Leon Goretzka to the ground right in front of Romanian ref Istvan Kovacs to give Lewandowski the chance from the penalty spot in the 33rd minute.

And the hitman obliged by sending ex-Liverpool and Aston Villa keeper Pepe Reina the wrong way, firing into the bottom left corner for his 73rd Champions League goal.

It was the 33-year-old’s fifth goal in six European games this season — and helped German giants Bayern ease into the last-eight for the ninth time in ten seasons.

Lazio’s exit means there will be no Italian side in the quarter-finals for the first time in five years.

The Rome club needed to overhaul a 4-1 first-leg deficit but never looked like pulling it off at the Allianz Arena. 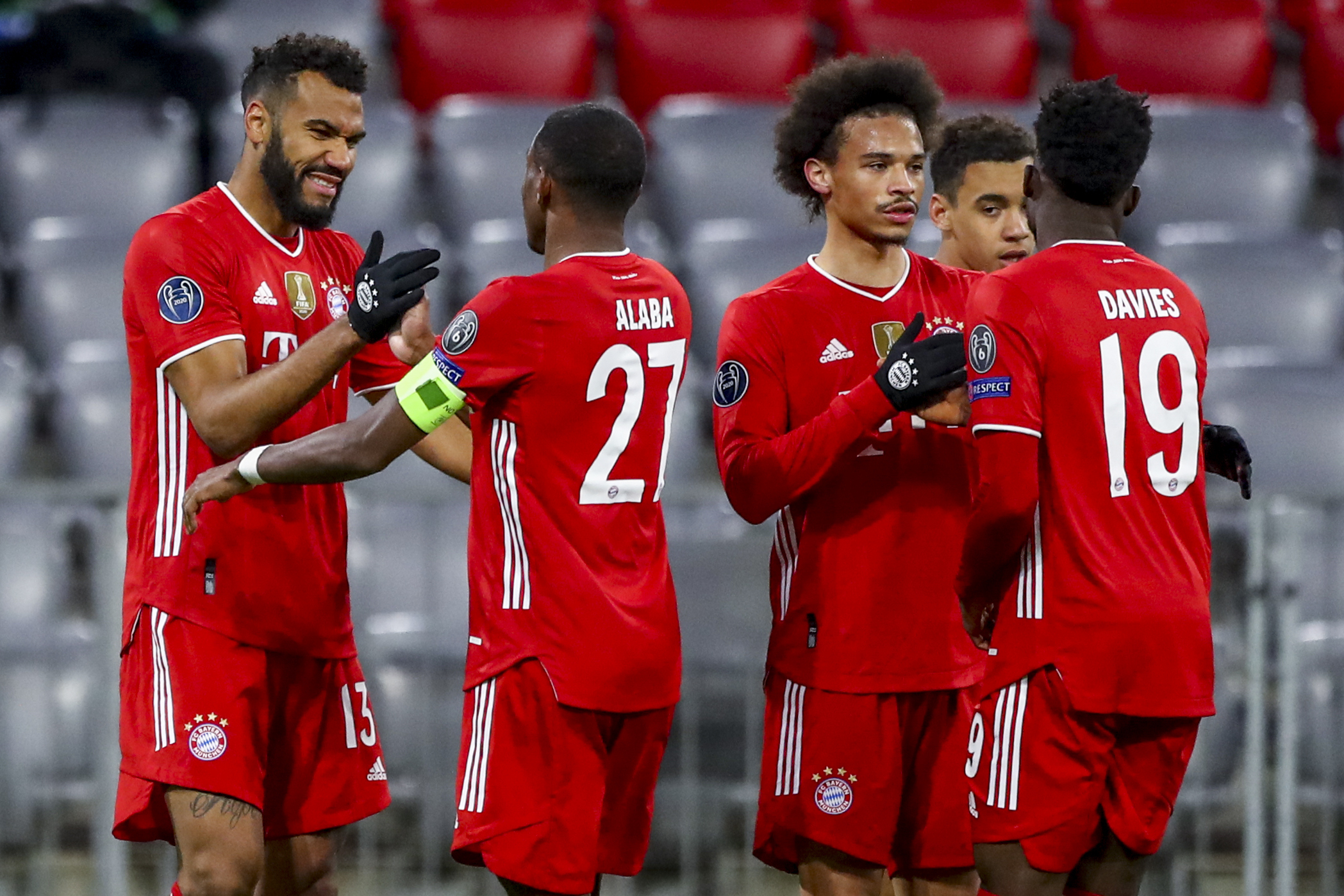 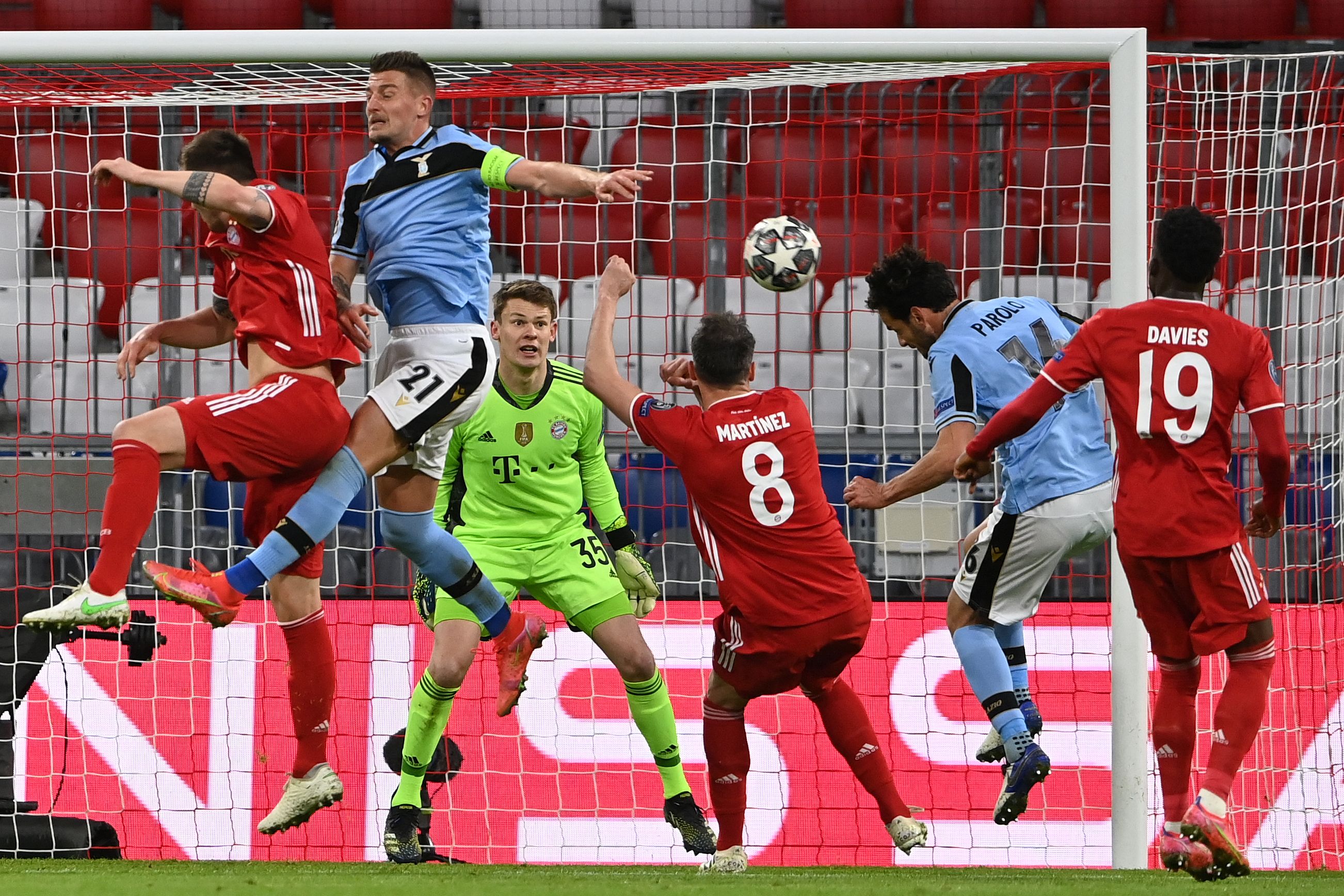 Lewandowski smashed a 20-yard effort against the post after the break.

But Bayern grabbed their second on 73 minutes when David Alaba found Choupo-Moting and the former Stoke forward deftly converted.

Marco Parolo nodded in an 82nd-minute consolation to keep up Lazio’s record of scoring and conceding in all eight of their Champions League games this season.