SERGIO AGUERO broke his silence over his future – and played down talk of a Barcelona transfer.

The Manchester City striker's Etihad contract expires in the summer. 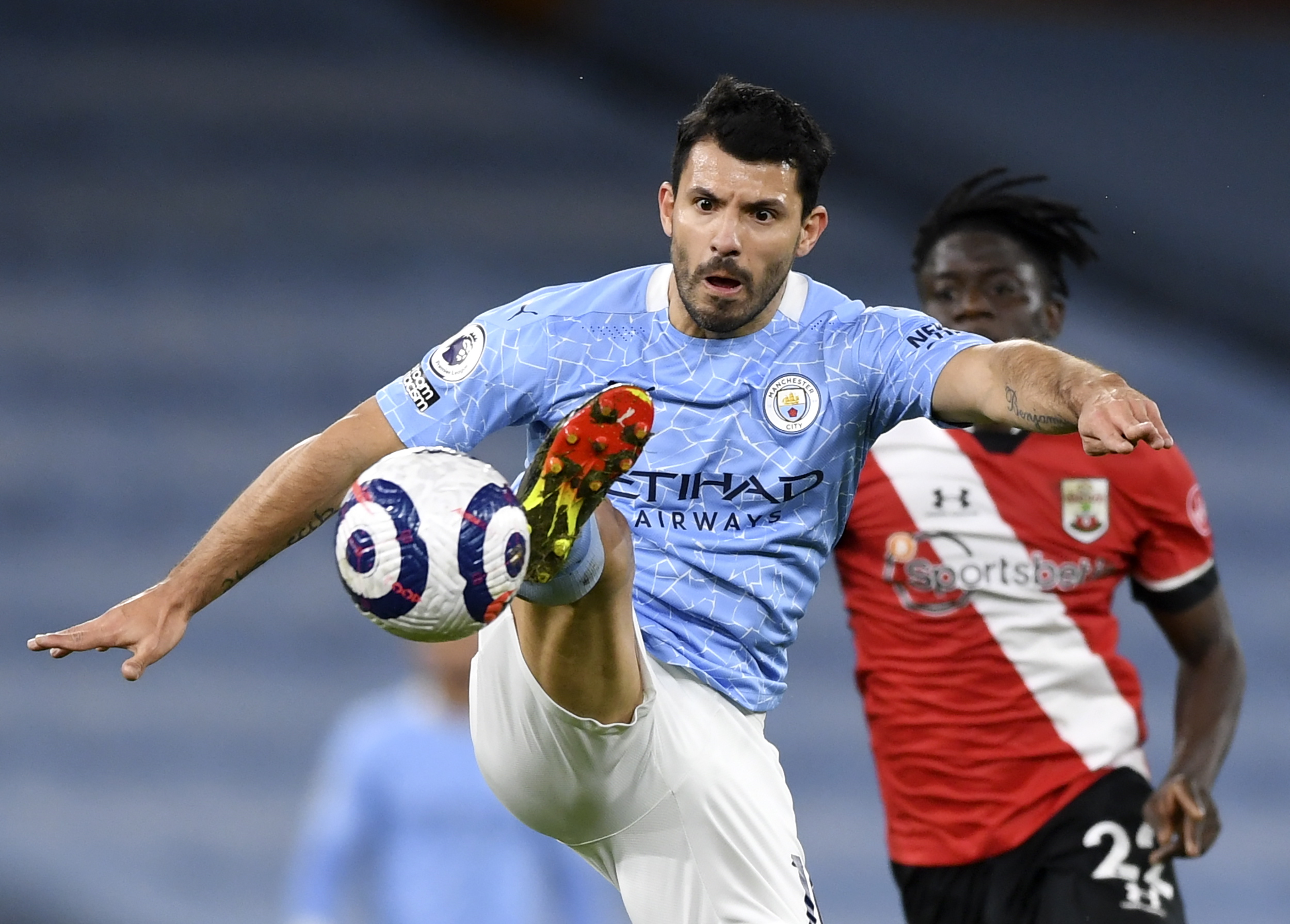 But the Argentine, 32, hinted he could stay in the North-West for an 11th season.

"Let's hold on a little, have a look. Stop. We are still with City."

Aguero joined City from Atletico Madrid in 2011 but reports suggest he has an agreement in place with new Barcelona president Joan Laporta to make the Nou Camp switch this summer.

The Catalan giants failed to replace Luis Suarez last year while bringing in the Argentine could help convince compatriot Lionel Messi to stay.

And should City lose their talisman, they have already been linked with another Atletico hotshot to fill the void by eyeing Portuguese sensation Joao Felix.

He is currently fit and available but has been overlooked by boss Pep Guardiola in recent weeks.

BETTING SPECIAL: GET EITHER KANE OR AUBAMEYANG TO SCORE IN THE NORTH LONDON DERBY AT 33/1

According to the Daily Mail, Aguero is frustrated by his lack of minutes and fears he is being phased out of the club for whom he is the record goalscorer on 256.

Regarding a new contract for the No10, Guardiola admitted this week: "Maybe I will think about it when the international break starts and I have more time.

"As a human and as a person – even as a player of course [I’d like him to stay]. But we have to see what happens at the end of the season.

“We cannot forget how long he was out. He has started getting better.

"I know he needs minutes to get to his best condition but we are not [able] to give him minutes [purely] for minutes because it is an important part of the season.

“We have to be calm, the club will speak to his agent to know the situation and we are going to talk at the end of the season.”