HE is on a mission to help our pets  . . . and is here to answer YOUR questions. Sean, who is the head vet at tailored pet food firm tails.com, has helped with owners’ queries for ten years.

He says: “If your pet is acting funny or is under the weather, or you want to know about nutrition or exercise, just ask. I can help keep pets happy and healthy.” 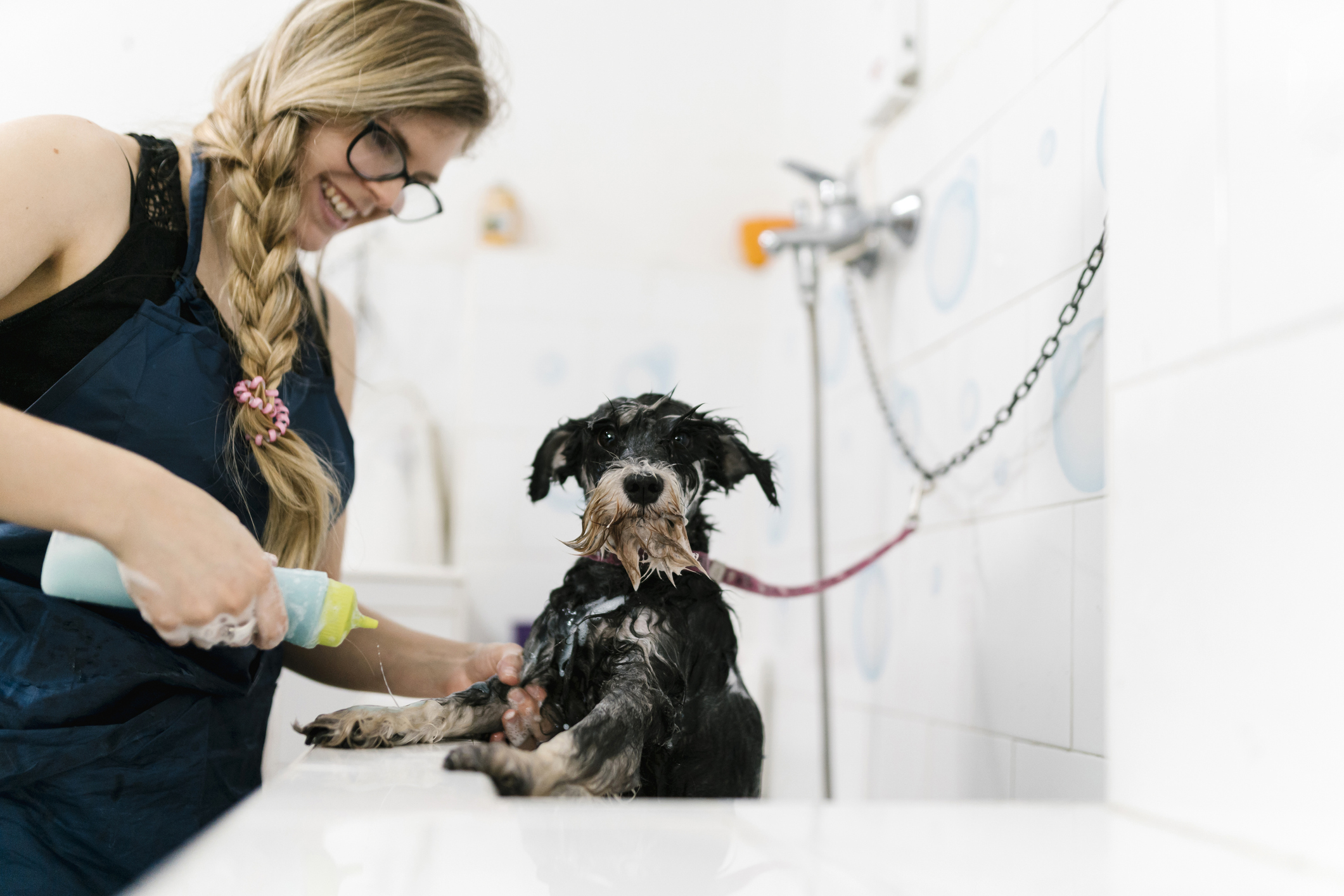 I HAVE a bad-tempered Patter­dale dog called Barney who refuses to have his coat shaved.

I have been paying the vets nearly £300 a time to do it under sedation but they are now refusing to continue. Do you have any suggestions?

Sean says: A qualified animal behaviourist is worth the next £300 you would have paid on vet fees to sedate Barney. Aggression can have many root causes, fear, anxiety, territoriality, status. And getting to the exact cause needs lots of discussion, a full history and observation of Barney in various circumstances.

I think qualified animal behaviourists are worth their weight in gold, helping owners to understand their pets’ motivations and how to address behaviour problems. They are different to dog trainers. Make sure the one you choose is APBC, ASAB or ABTC accredited and you won’t go wrong.

IN February, I was given a woodpigeon from a rescue centre with very few feathers. Unfortunately, without feathers, every time she flapped, her wing tips bled a lot. So I put soft blankets around the inside of her cage but she still managed to get nervous and hit the side. I have been putting F10 on the wounds. Will her feathers ever grow back?

I worry about her being on her own and every so often I bring in my rescued wood pigeon who can’t fly so they can look at each other and have company.

Sean says: If I know anything from my days as a wildlife vet, it’s that woodpigeons do not make good patients and are not at all suited to a life in captivity.

They spook a lot as you describe and damage themselves constantly. Ask yourself if it’s humane to keep her in this state where she keeps injuring herself and bleeding. I think you need to hand her over to a professional wildlife rehabilitation centre. She’s not adapting to life in captivity and sometimes it’s kinder for these birds to be humanely put to sleep if they can’t return to the wild.

I HAVE a 12-year-old Labrador called Sandy who has epilepsy. She has a 50mm diameter lump on her right leg just above the hock.

I have been told it could be a cancerous tumour. Is it possible that this could be treated by cryosurgery. It also seems that this method kills any cells spreading through the bloodstream.

Sean says: I think you may be skipping way ahead Ted, which is a natural reaction for worried pet owners. It’s purely guesswork and not that useful to think what could happen or what might be the treatment options without first knowing what we are dealing with.

The initial step is for your vet to examine the lump, and maybe take some cells from it using a small needle. That way you’ll have a better idea on treatment options and prognosis for Sandy. It could actually be a harmless or benign growth.

Star of the week

PLUCKY Geraldine the chicken doesn’t let having one leg ruffle her feathers.

The four-year-old hen lives with pilates instructor Louise Humphrey in Leicestershire and lost her limb after an identification ring grew into her leg.

Louise, 56, said: “We cared for her in the house for a few weeks while she recovered, but she wanted to be back in the hen house. She’s used to it now and has no problem getting around.” 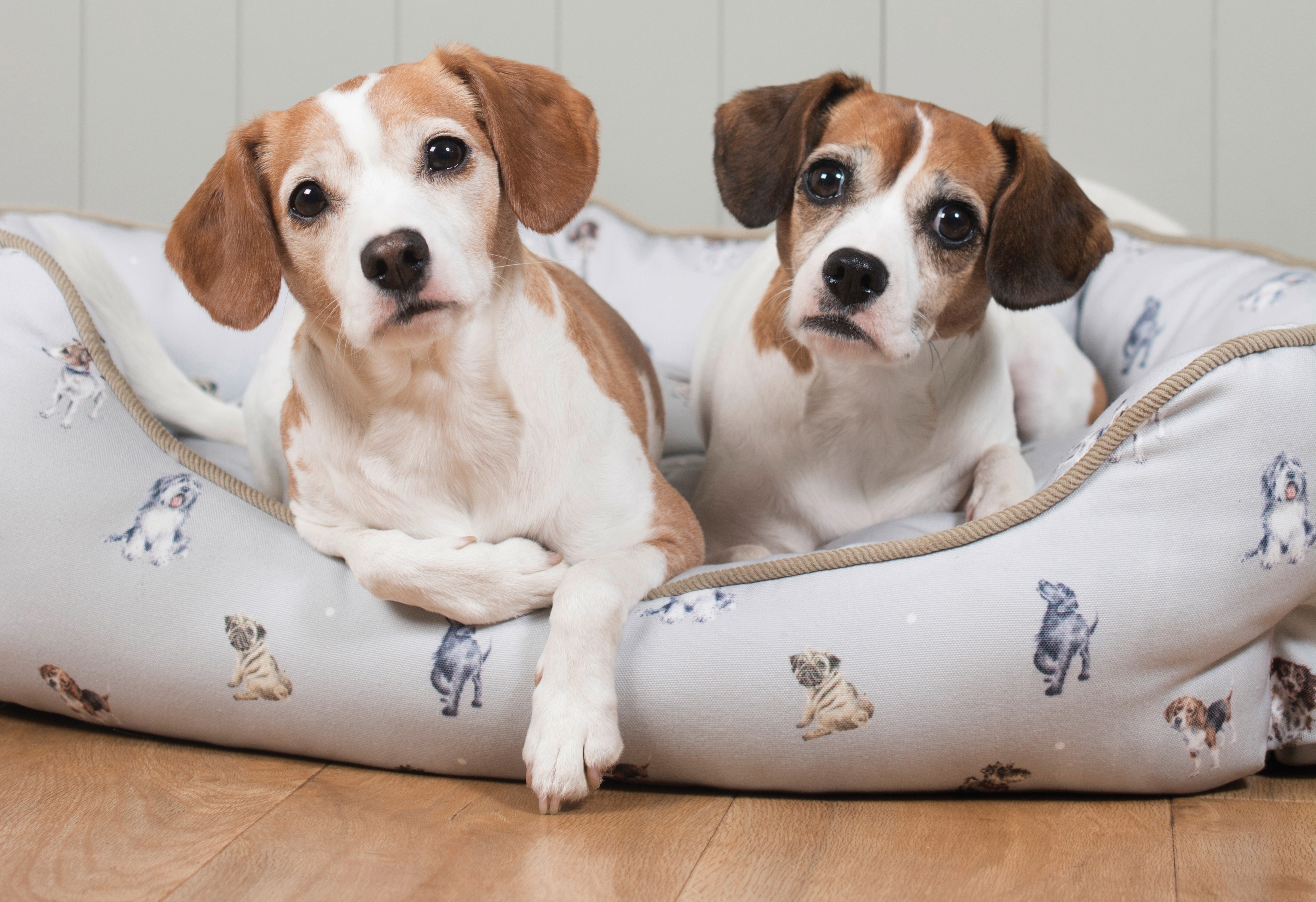 WOULD your dog love to snuggle up with another pooch for the night?
If so, they’ll love this bed with gorgeous illustrations of spaniels, Labradors and whippets (wrendaledesigns.co.uk).

It is warm, supportive and fully washable, plus the waterproof cover protects from accidents.

We have four sets of medium dog beds worth £59 and waterproof covers worth £12 to give away. For a chance to win, email us at: [email protected] with WRENDALE as the title.

DRIVERS could be putting their pets at risk – and breaking the law – if they do not secure them in cars.

Motorists are being urged to put their animals in a crash-tested harness attached to the seat belt or a crate – both of which will also prevent them escaping in the event of an accident. 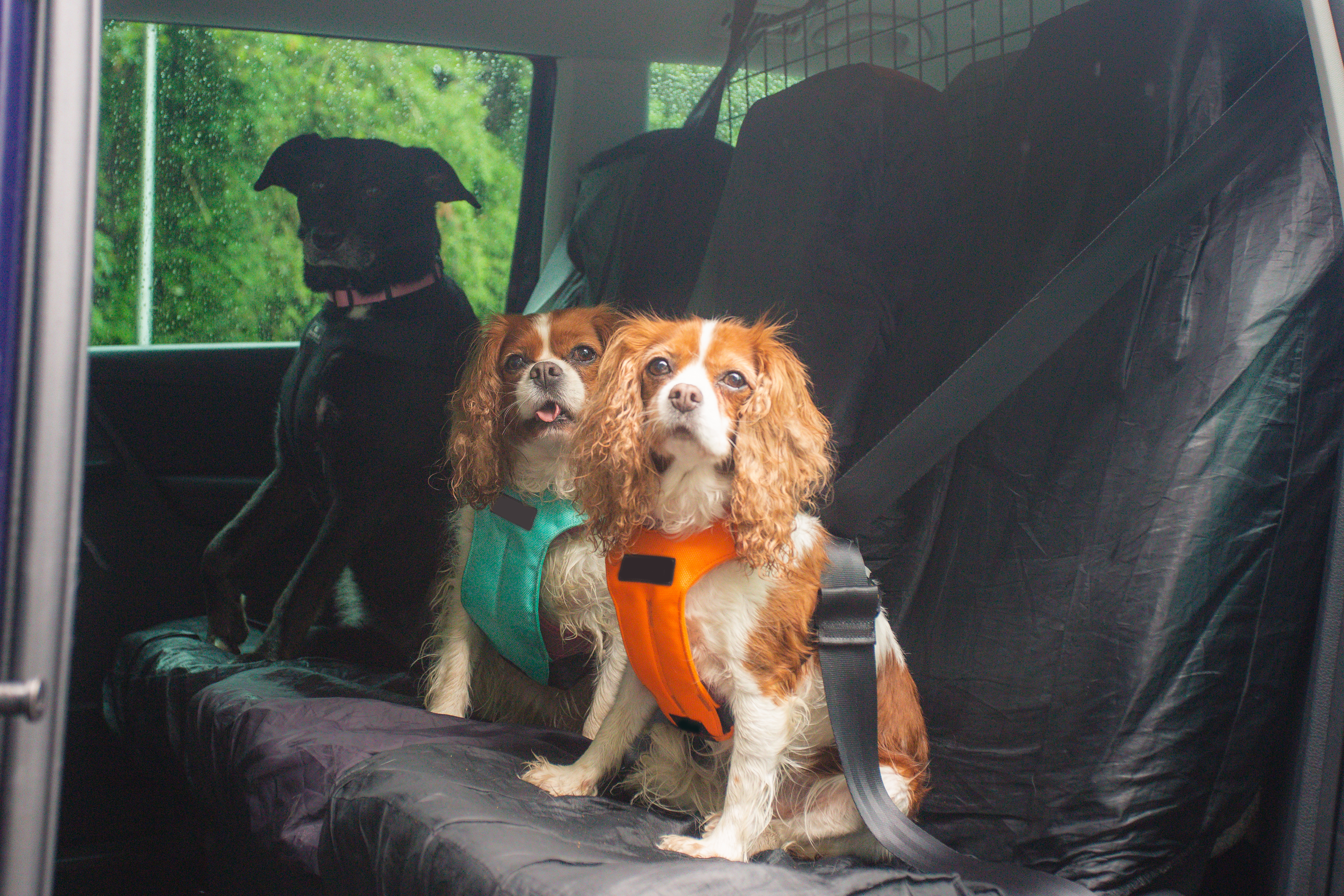 The Highway Code states that dogs must be restrained in a car so they cannot distract the driver or cause injury to passengers. If they are not, the owner faces a fine of up to £2,500 for driving without proper control of their vehicle.

The advice is part of Pet Travel Safety Day which is being launched on Thursday by pet taxi boss Claire Harris to mark 30 years since seat belts were made compulsory in cars.

Claire, 43, from Milton Keynes, said: “I hope one day it is law for every pet to be transported using crash-tested equipment.” In an accident, any object in the car that isn’t secured moves forward until it hits a dashboard, window, person, or any other barrier – and for a pet, that could prove fatal.

Claire, who is the boss of Pets2Places.co.uk, added: “People don’t transport their pets wrongly because they don’t care. They simply don’t know enough.
“It’s like life before seat belts and air bags – we had no idea how dangerous it was. It’s the same with pets.”