Former Bachelorette star Emily Maynard is pregnant with her fifth baby, nearly a decade after looking for love on the ABC reality show. 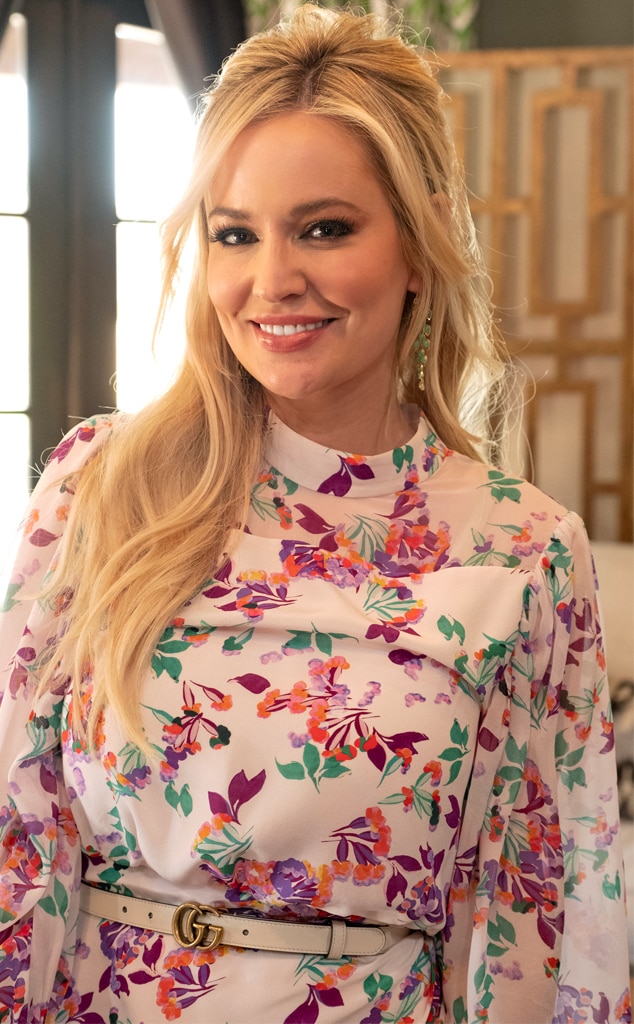 Emily Maynard had her Instagram followers scratching their heads when she captioned a photo, "ready or not #5."

First thoughts are that she's either preparing for a great game of hide and seek, or she's expecting a baby. And as fun as hide and seek sounds, chances are that the former Bachelorette was announcing her fifth pregnancy when she posted a picture of her feet and belly to Instagram. She tagged her husband, Tyler Johnson, in the caption, which seemingly confirms the pregnancy theory.

It seems like many other Instagram users have come to the same conclusion that the star is in fact pregnant. Bachelor Nation stars Michelle Money, Tenley Leopold and Molly Mesnick congratulated the mama on her post, along with hundreds of other well-wishers.

In addition to sending love, Andi Dorfman commented on her choice of attire, remarking, "Of course with the guc [Gucci] socks. God I love you! Congrats mama!"

Emily managed to keep her pregnancy a secret for much of the pandemic, even as she starred in promos for the ongoing season of The Bachelorette.

Still so surreal to me that I’m a part of this wonderful group of women and am so excited to welcome @clarecrawley into our “Club of Bachelorettes” We filmed this forever ago during quarantine so just pretend like you’re watching it back in March. Don’t blink or you might miss me and three of my four! Sending you all the love and prayers tonight, Clare! ❤️❤️

Most recently, Emily teamed up with the other former bachelorettes to film an iconic video. She shared the Instagram Reels to her feed, writing, "Still so surreal to me that I'm a part of this wonderful group of women and am so excited to welcome @clarecrawley into our 'Club of Bachelorettes' We filmed this forever ago during quarantine so just pretend like you're watching it back in March. Don't blink or you might miss me and three of my four! Sending you all the love and prayers tonight, Clare!"

The mom joined Bachelor Nation as a contestant on Brad Womack's season of The Bachelor. She was one of the first single moms to compete on the show, and won the hearts of many across America.

And while Brad proved to be indecisive in his first run on the show, he ended up proposing to the then-24-year-old.

Unfortunately, their romance didn't last and they split in 2011. On the bright side, it offered Emily the chance to become the next Bachelorette, where she met her next fiancé Jef Holm.

However, they too would breakup after three months filled with controversy, including accusations of "faking" their engagement.

At the time, Emily told People she had "no regrets" over going on the show and Jef saying that he'd "never loved someone so much" before in his life.

Emily finally met her match in Tyler, who she knew from her hometown church, a few years later. She previously recalled meeting her husband, sharing, "I told my girlfriend I met this guy and he could like not be less attracted to me, he was in the friends zone."

Before long, Tyler fell for her and her daughter, Ricki. They got married in 2014 and are happily raising their four kids, Ricki, Jennings, Gibson and Gatlin together. In the same interview, she said of their life, "It is crazy at our house all the time, but it's a lot of fun."