AT&T and Verizon said Tuesday they will delay the rollout of 5G service near certain U.S. airports after major airlines warned that it would lead to flight cancellations and have a negative impact on cargo operations.

Among major carriers to push back, United Airlines said Monday that 15,000 flights and upward of 1.25 million passengers will be negatively impacted each year if the plan were implemented in its current form.

"Unfortunately, this will result in not only hundreds of thousands of flight cancellations and disruptions for customers across the industry in 2022, but also the suspension of cargo flights into these locations, causing a negative ripple-effect on an already fragile supply chain," United Airlines said in a statement.

In announcing its intention to delay the rollout, AT&T said in a statement on Tuesday, "At our sole discretion we have voluntarily agreed to temporarily defer turning on a limited number of towers around certain airport runways as we continue to work with the aviation industry and the FAA to provide further information about our 5G deployment," adding, "We are frustrated by the FAA’s inability to do what nearly 40 countries have done, which is to safely deploy 5G technology without disrupting aviation services."

"We are launching our advanced 5G services everywhere else as planned with the temporary exception of this limited number of towers," the company's statement continued.

Verizon also announced Tuesday it would limit its 5G network around airports.

"The Federal Aviation Administration (FAA) and our nation’s airlines have not been able to fully resolve navigating 5G around airports, despite it being safe and fully operational in more than 40 other countries."

The service, scheduled to debut on Wednesday, comes after two previous delays from its originally planned December rollout amid concerns that it could interfere with systems on planes. 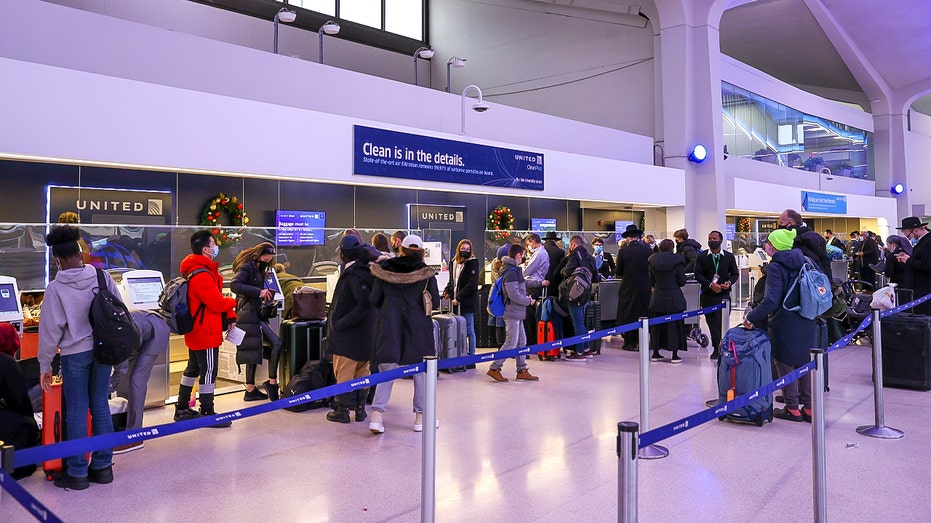 People are seen by the United Airlines counter at the Newark International Airport in New Jersey on Dec. 27, 2021. (Tayfun Coskun/Anadolu Agency via Getty Images / Getty Images)

Earlier this month, Transportation Secretary Pete Buttigieg and the head of the Federal Aviation Administration, Stephen Dickson, struck a deal with AT&T and Verizon to delay their C-band 5G rollout for up to two weeks. They warned that without a delay, there would be "unacceptable disruption" to aviation because flights would be canceled or diverted to other cities to avoid potential risks to air safety.

The new high-speed 5G service uses a segment of the radio spectrum that is close to that used by altimeters, the devices that measure the height of aircraft above the ground.

However, the chief executives of major carriers, including American, United, Southwest and JetBlue, are still urging officials to keep the 5G away from airports.

"When deployed next to runways, the 5G signals could interfere with the key safety equipment that pilots rely on to take off and land in inclement weather," United said in a statement. 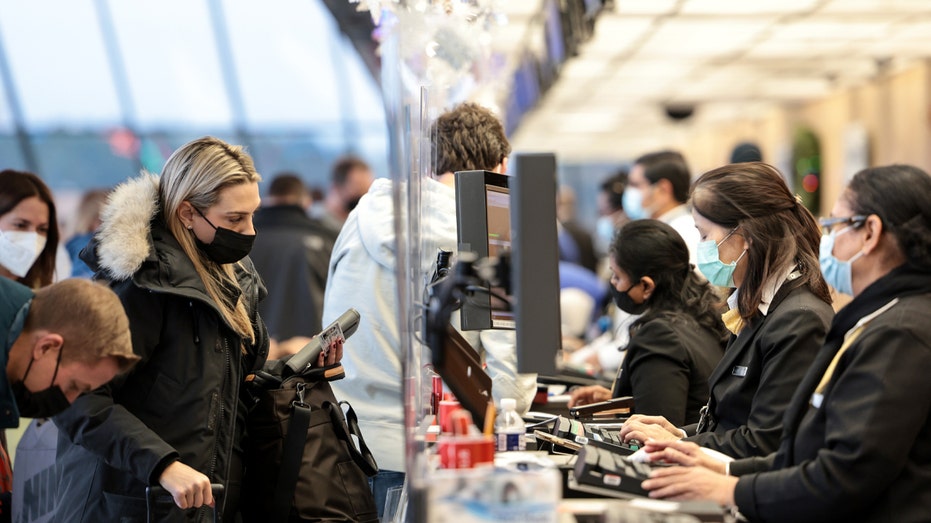 A woman checks in for her flight at a United Airlines kiosk at the Dulles International Airport on Dec. 27, 2021, in Virginia. (Anna Moneymaker/Getty Images / Getty Images)

AT&T and Verizon say their equipment will not interfere with aircraft electronics.