MIKEL ARTETA might be bringing the glory days back to Arsenal – but it’s more George Graham than Arsene Wenger. 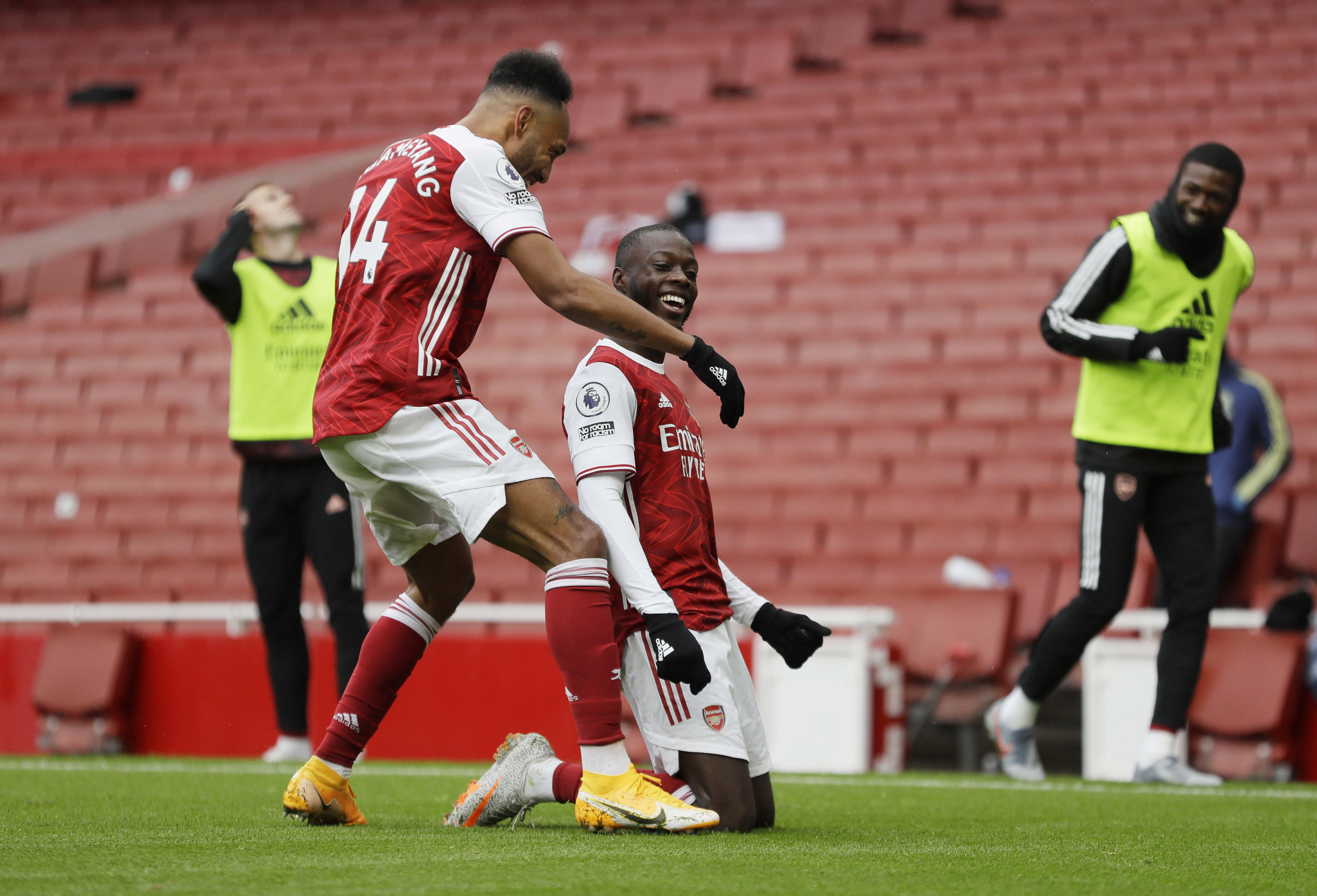 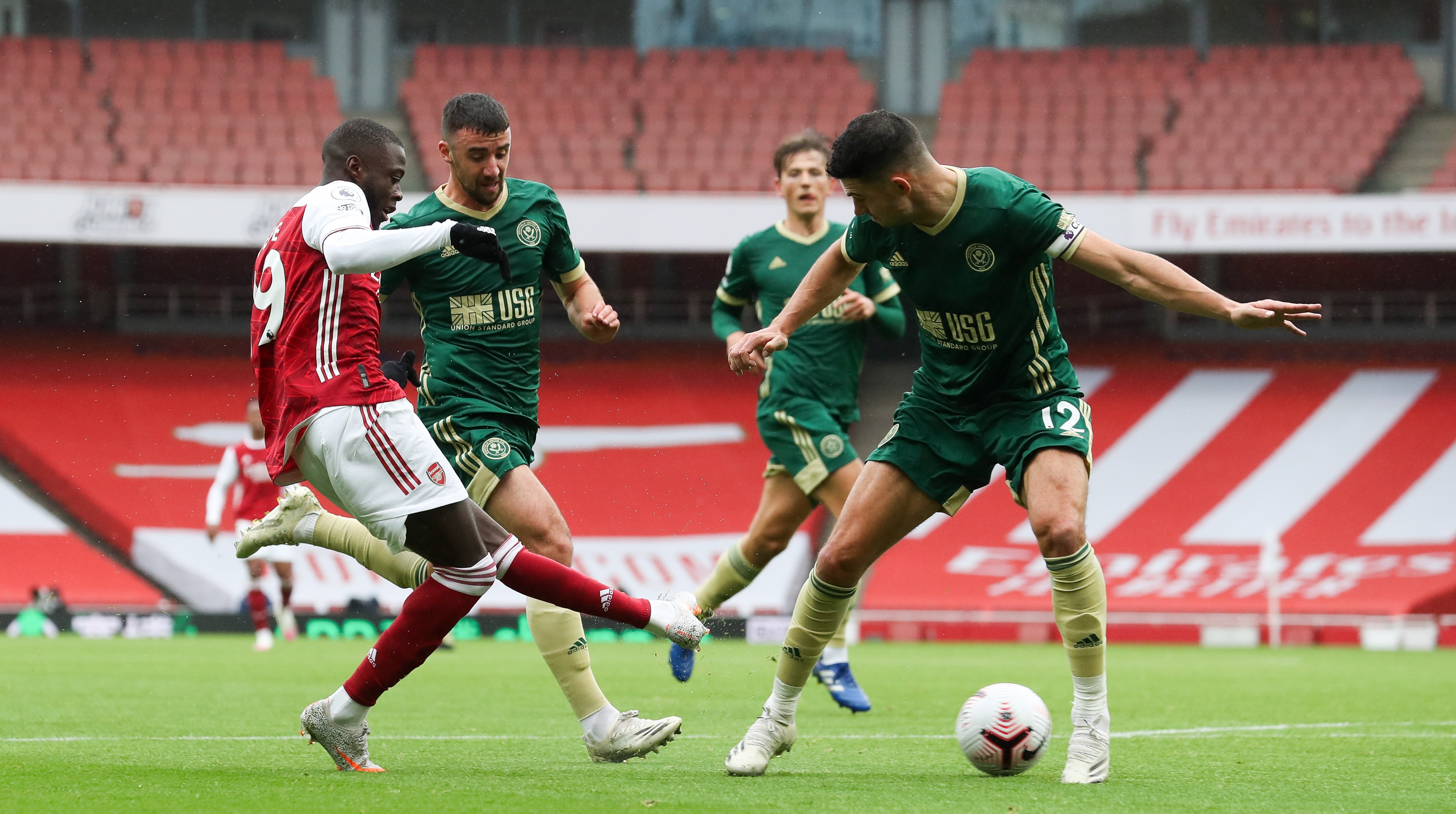 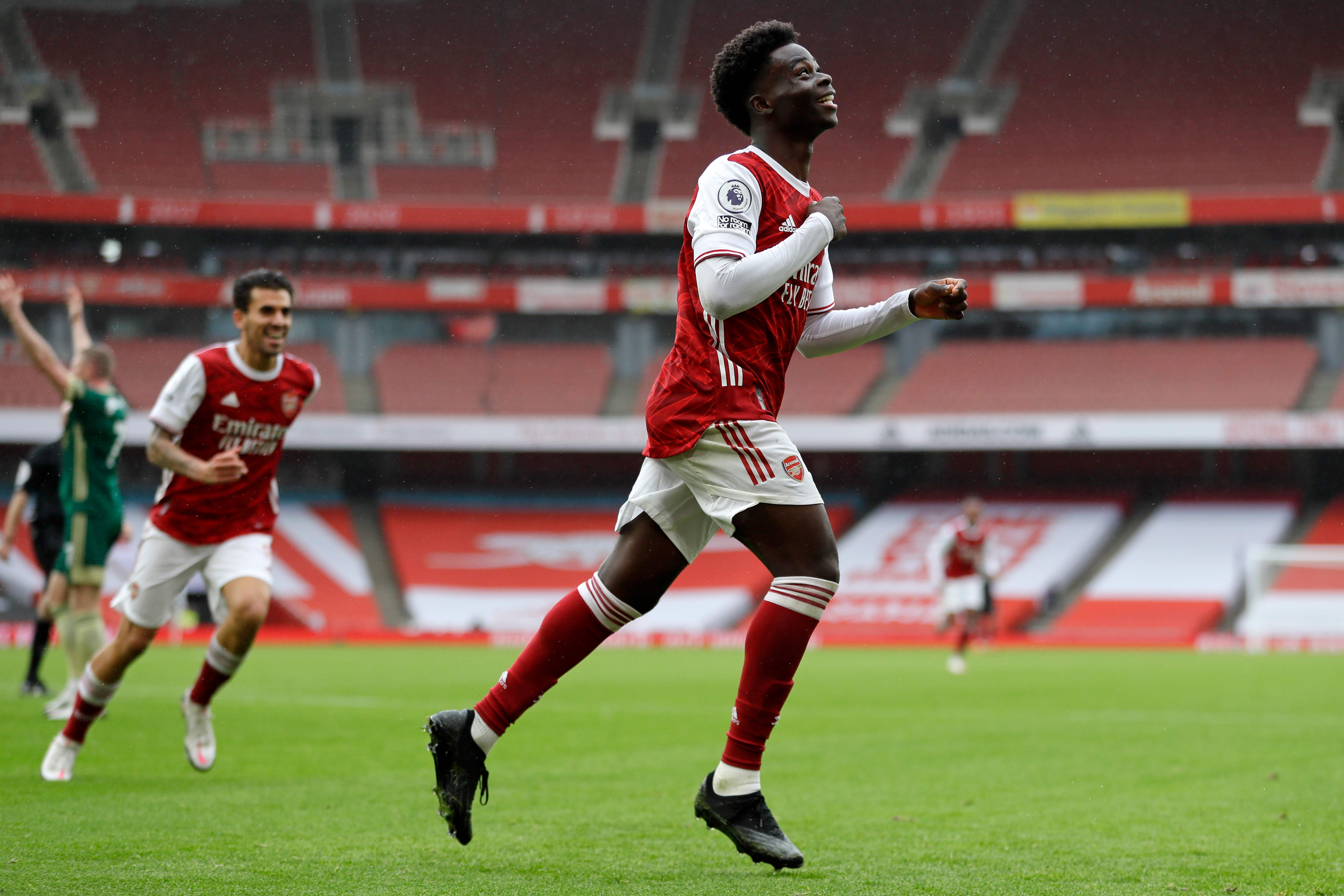 But it was grim watching for much of the afternoon as the Gunners stretched their unbeaten home run to 11 Premier League games.

So maybe it’s a blessing in disguise that supporters are still prevented from attending because at least now they can have a little snooze in front of the telly while waiting for something exciting to happen.

Arteta has become so obsessed with keeping it tight that it feels at times that he is trying to bore the opposition into submission.

But no-one is complaining as long as his team continue to edge their way back towards the top of the table.

And to be fair to Arsenal, when the goals finally arrived just after the hour mark, they were well worth waiting for.

Willian, Nicolas Pepe, Mohamed Elneny and Pierre-Emerick Aubameyang were all involved in the intricate build-up before Hector Bellerin hung up for a cross to the far post for Saka to celebrate his England call-up with a decisive header.

And before the bewildered Blades had time to pull themselves together, they were undone again when substitute Pepe was allowed to cut inside and roll a precise shot beyond the reach of keeper Aaron Ramsdale. 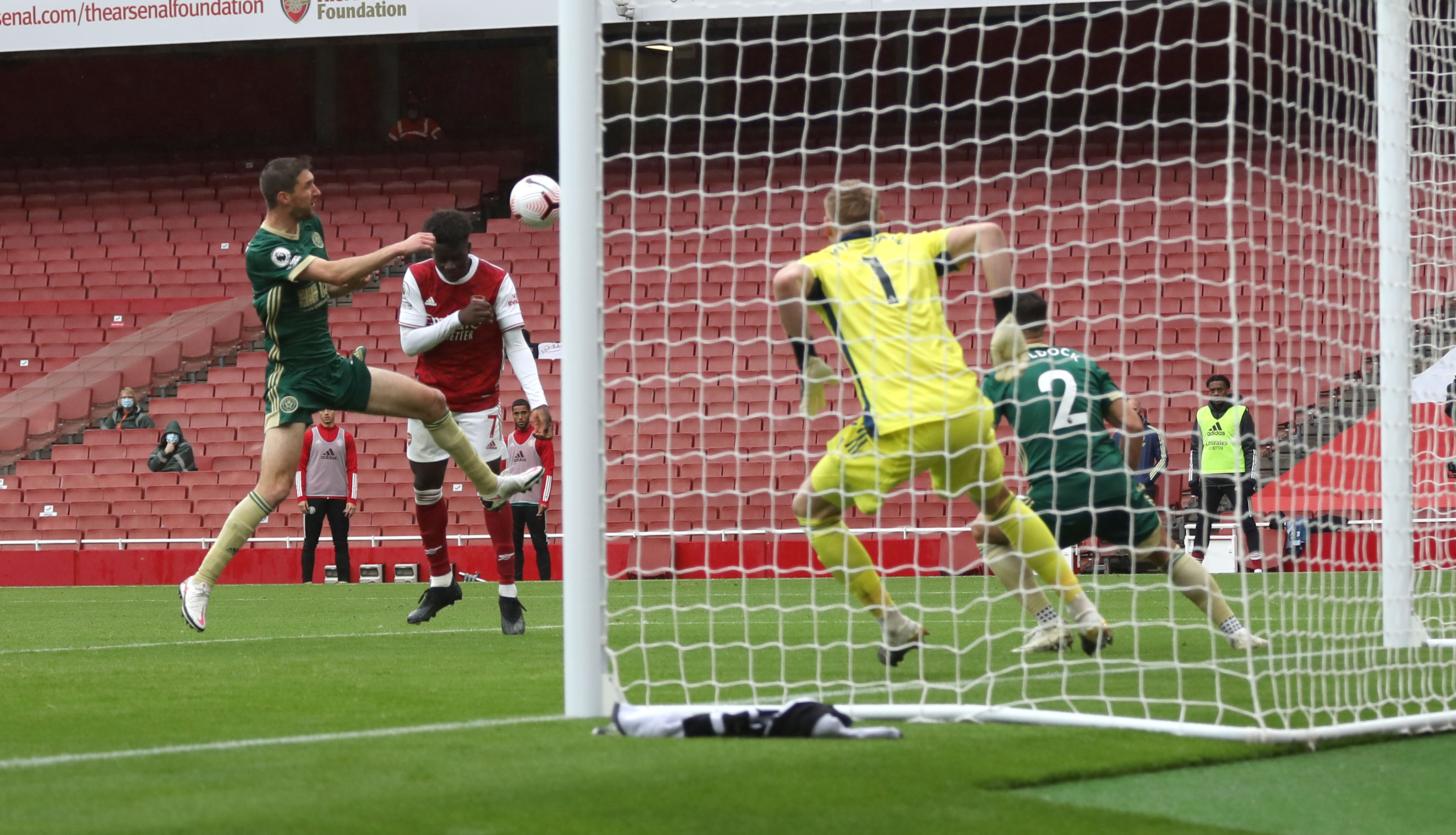 They did their best to frustrate Arteta’s men and seemed to be coping pretty comfortably for the first hour.

It was a full 29 minutes before either side managed a shot of any description – which was apparently the longest we’ve had to wait in any Premier League game during 2020.

Even then it was a pretty time glancing header from Eddie Nketiah which barely troubled Ramsdale.

The first decent effort didn’t arrive until eight minutes before half-time when Aubameyang’s audacious first-time effort from distance required a brilliant fingertip save from Ramsdale.

We had hardly noticed that Aubameyang was playing until that moment as Arsenal struggled to get their captain and top scorer involved in this dog of a game.

The Norwegian midfielder was slightly fortunate to only receive yellow for a lunge which left his victim requiring lengthy treatment to his right ankle before he was OK to carry on.

Not that Arsenal were in any position to complain after David Luiz escaped unpunished for another of his brain freezes. 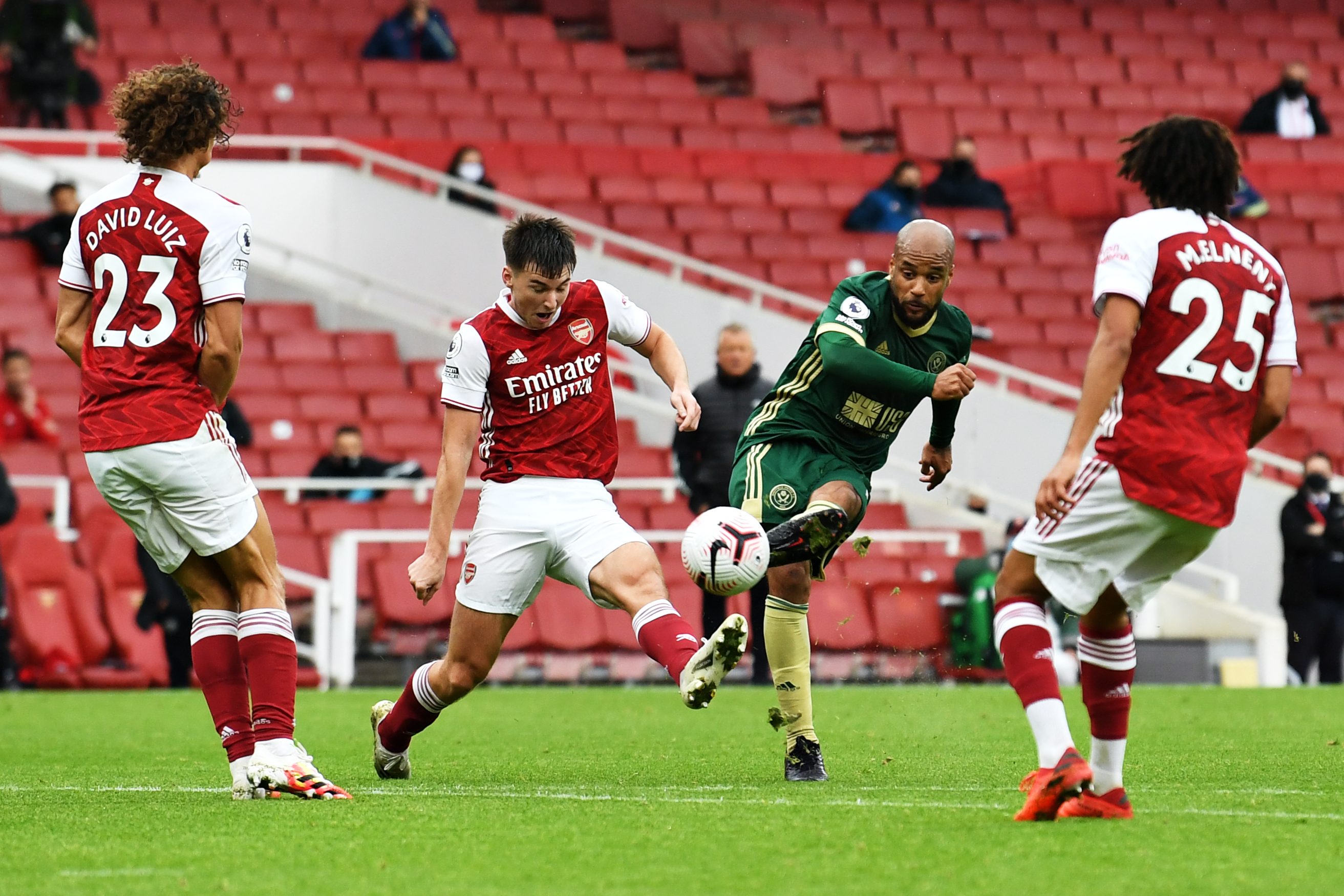 Blades boss Chris Wilder was certain that his team had once again been given the rough end of the stick by the officials and let them know his feelings in no uncertain terms.

He was convinced that Luiz should have been red carded when he grabbed Oli Burke by the shirt after his fourth minute clearance had been charged down.

United skipper John Egan had been sent-off for an identical pull on Aston Villa’s Ollie Watkins during his team’s 1-0 defeat last month.

Yet referee Lee Mason didn’t even award a free-kick against Luiz as Arsenal keeper Bernd Leno was able to race out of his area and boot the ball to safety.

The visitors were understandably aggrieved by the decision and fourth official Robert Jones was subjected to a tirade of: “What the f*** was that? F****** b*******,” from furious Wilder.

Luiz was twice sent-off last season for denying a goalscoring opportunity and never seems to learn his lesson.

And he wasn’t helped by Arteta reverting to a back four for the first time since football emerged from lockdown back in June.

It is another of Arteta’s obsessions for his team to play out from the back no matter what, yet for so much of the time they just seem to be making life unnecessarily awkward for themselves.

Yet for all the visitors’ pressing and closing down, they were barely able to trouble Leno until David McGoldrick scored their first League goal of the season in the 84th minute.

The veteran Irishman took a square pass from George Baldock in his stride before curling a delicious left-footer into the far corner from the edge of the area.

But it was all too late to deny Arsenal the victory which takes them into the top four and just three points off the early leaders. 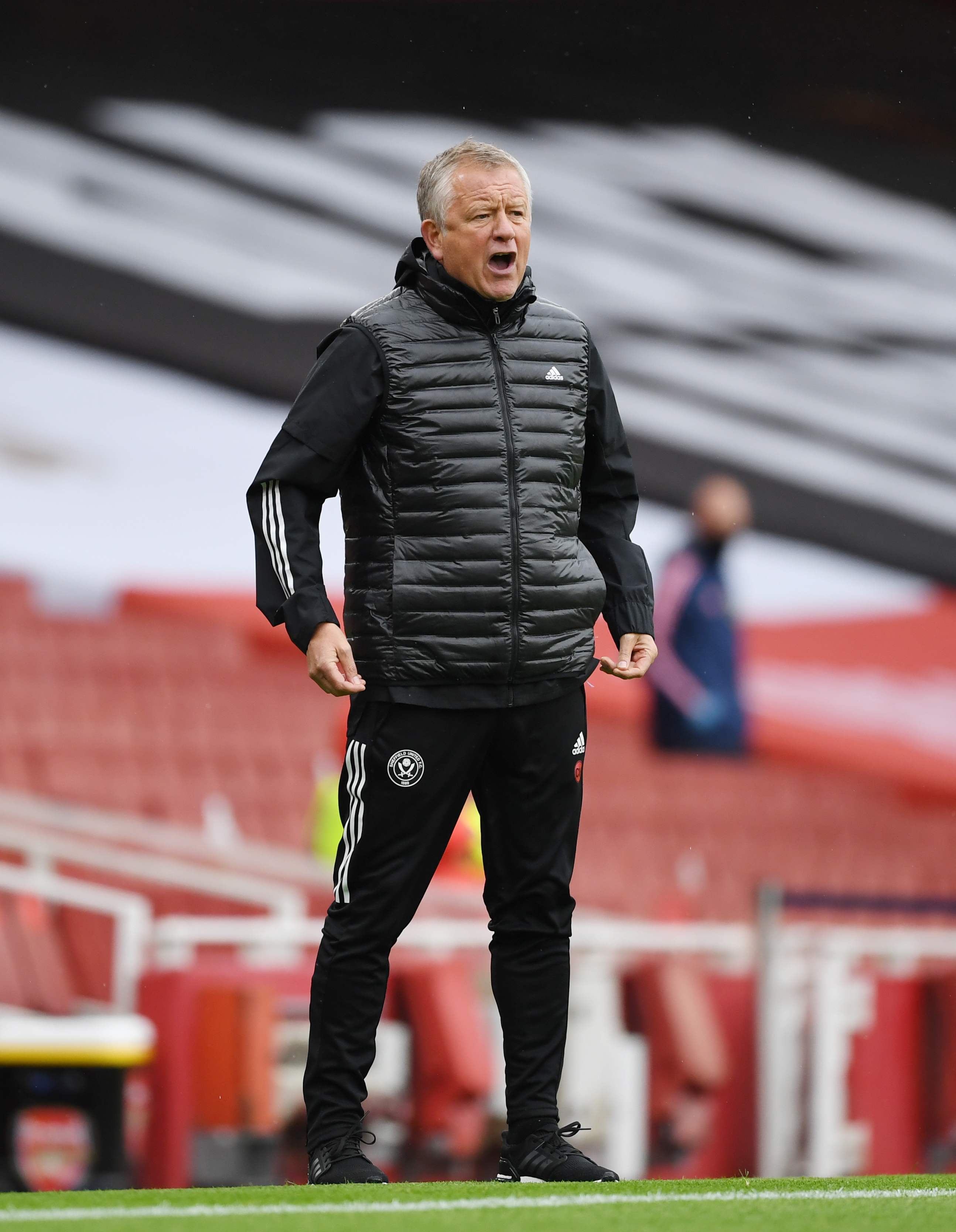 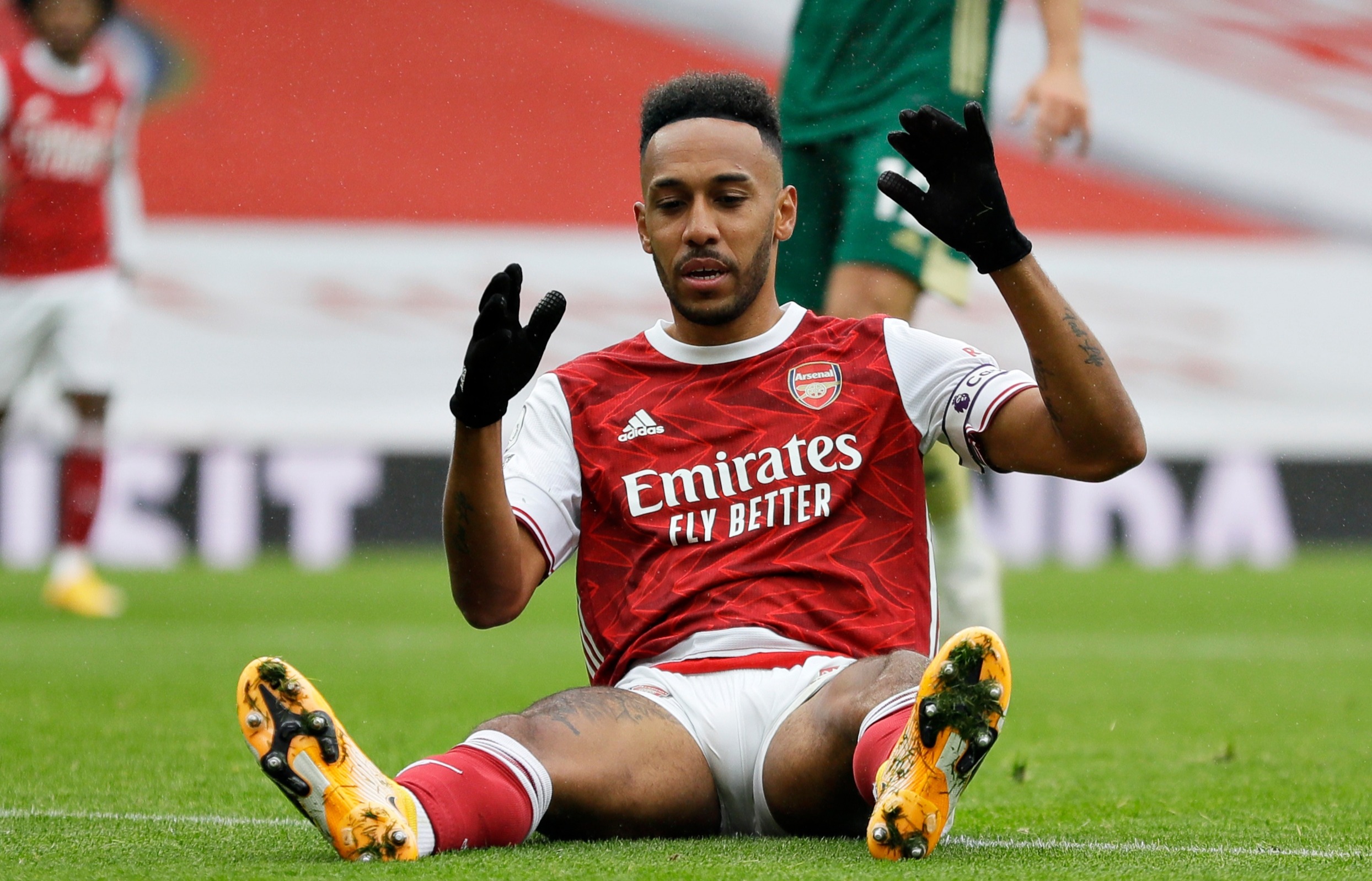