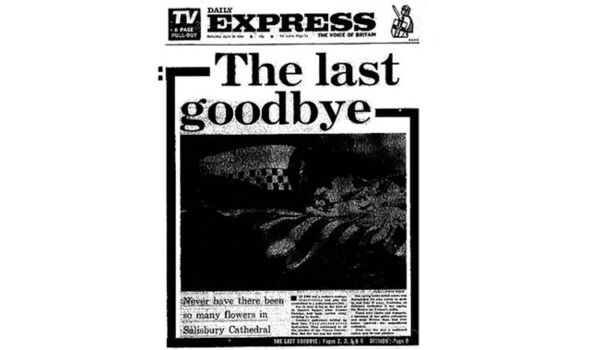 The 30 diplomats who had been holed up inside the building for 11 days walked out before being questioned by UK security services and sent home. The crisis led PM Margaret Thatcher to sever diplomatic ties with Tripoli.

44 years ago (1978) Afghanistan’s President Daud Khan was assassinated in a coup led by pro-communist rebels. His murder plunged the country into a civil war which would eventually lead to its invasion by Russia.

Khan was a liberal who wanted closer relations with the West and oil-rich Gulf states but his repression of religious groups and communists created enemies.

21 years ago (2001) Billionaire Dennis Tito became the world’s first space tourist. The former Nasa employee paid £14million for an eight-day stint aboard the International Space Station, but this led to a row between the station’s Russian and US operators, which saw him sleeping in the Russian section.